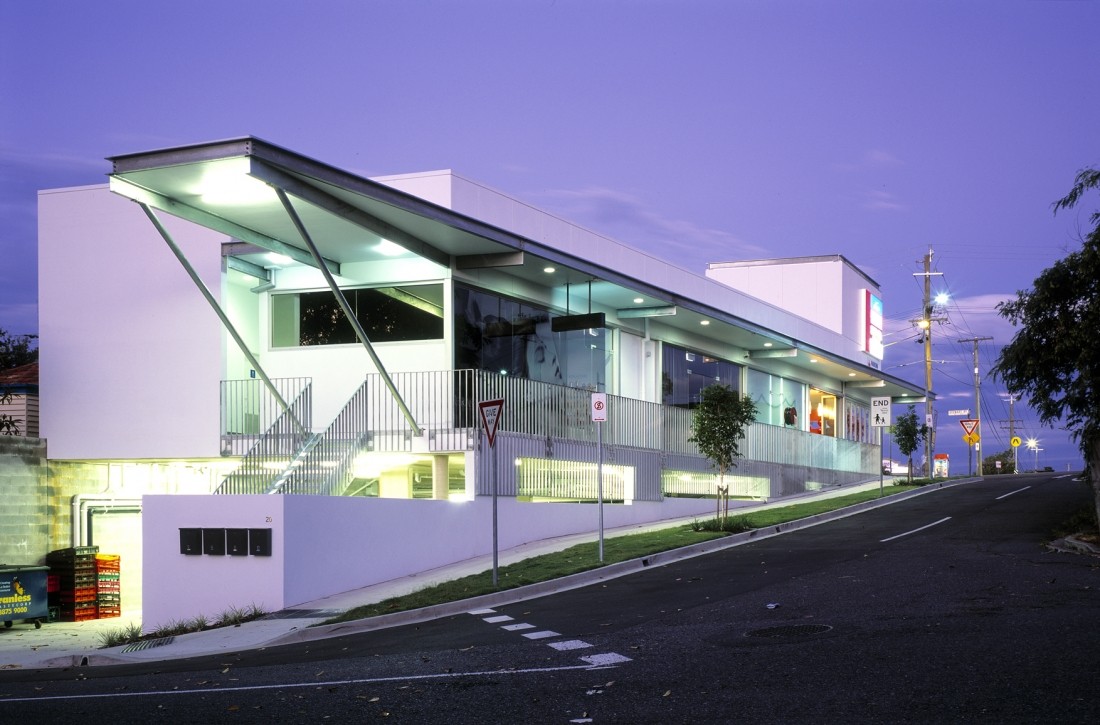 Located on a small corner site on the fringe of a suburban retail strip of adhoc building types, this building is challenged with addressing three street frontages. Choosing not to be embellished with decoration which so often dominates many retail buildings, the design approach for this development was to rely on the building mass and form. A decision was made early to keep the building material palette and detailing to a minimum, which allows the potential retail tenants to express themselves. The white building form is accentuated on the corner with a protruded box above the roof which was designed to act as signage control for the tenants.

The carpark space is cut into the slope of the land which allows the retail component of the building to hover above street level on two sides. A single cantilevered awning wraps around three edges of the building. The large cantilever accentuates the strong horizontal building form and helps to visually lengthen the site by stressing the east-west dimension. Galvanised steel balustrading follows the line of the awning and provides transparency to the tenants who require maximum shopfront exposure. The blade wall on the northern boundary is a continuation of the simple building form and anchors the building to the ground plane. 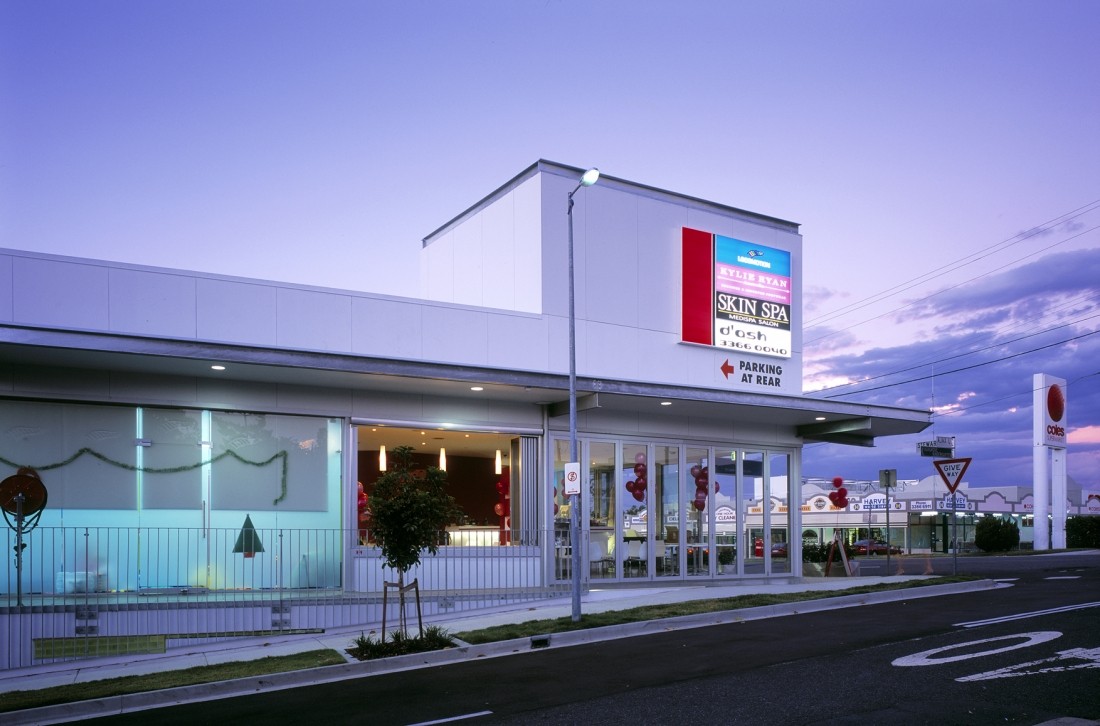 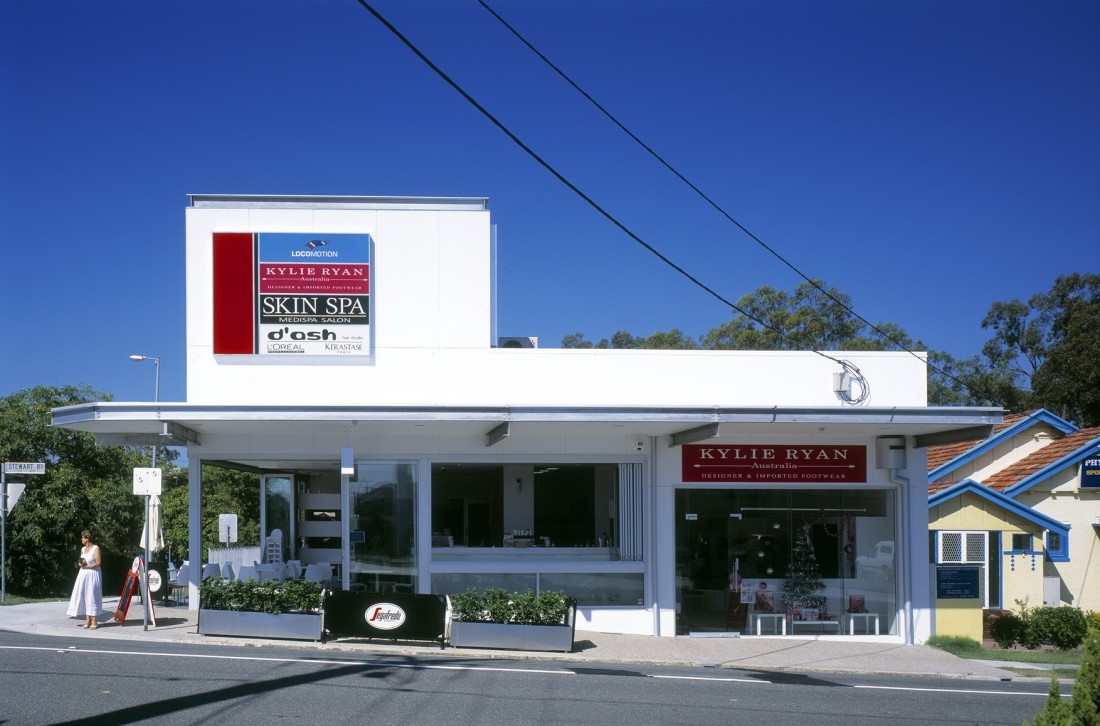 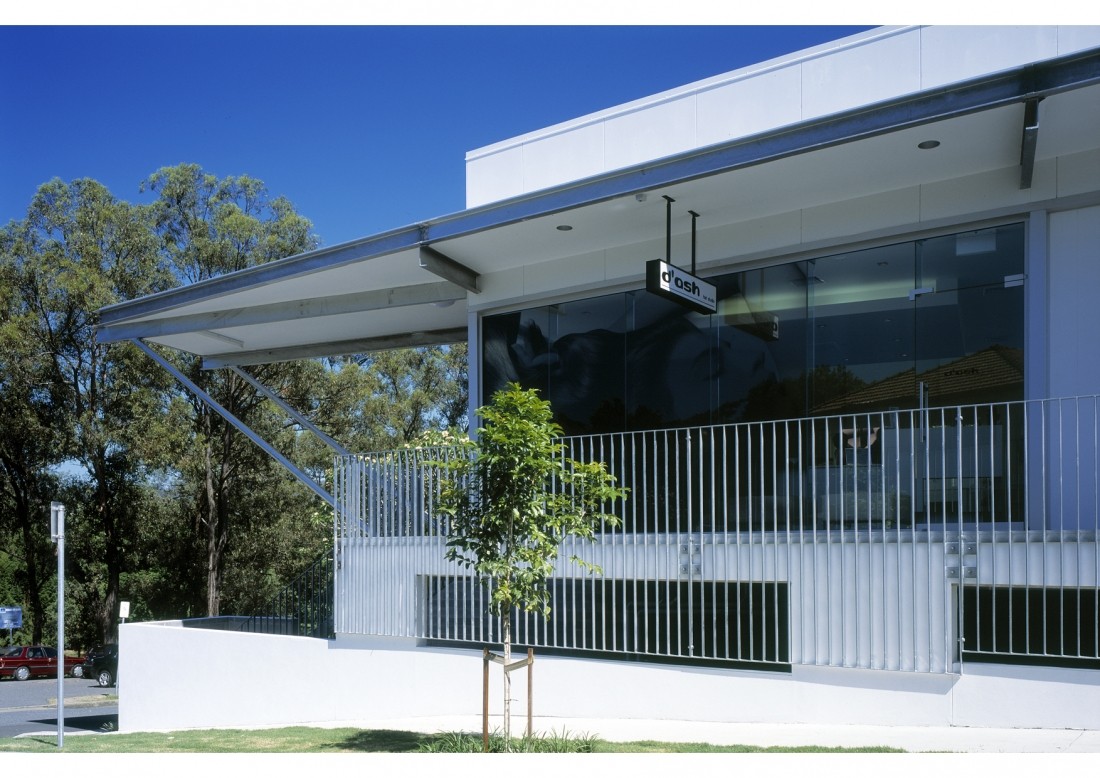 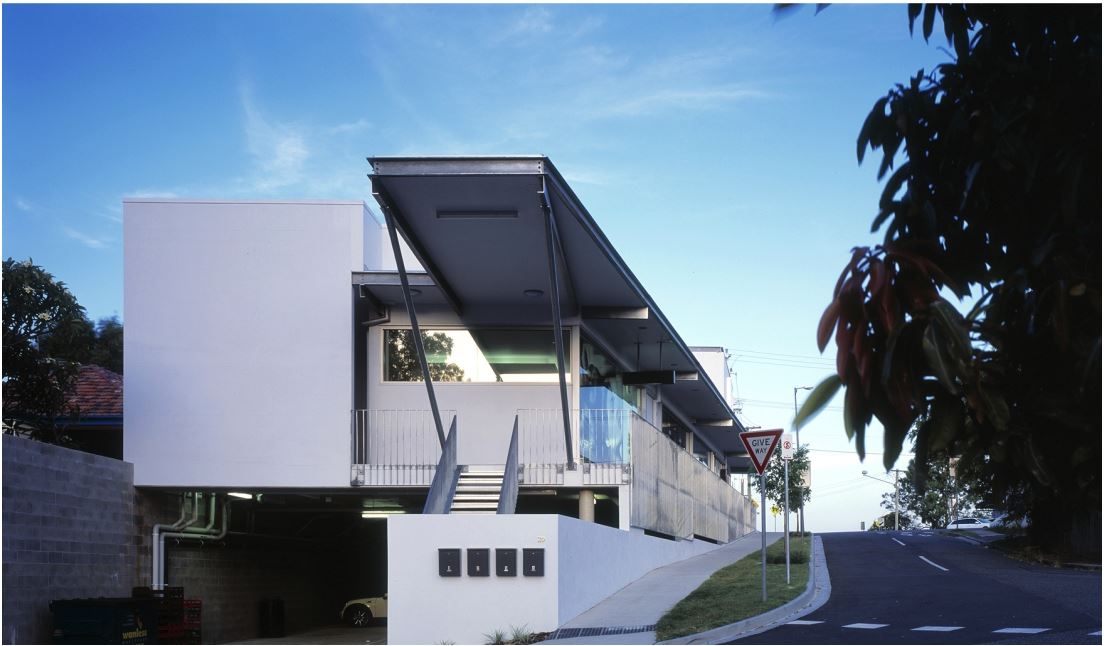 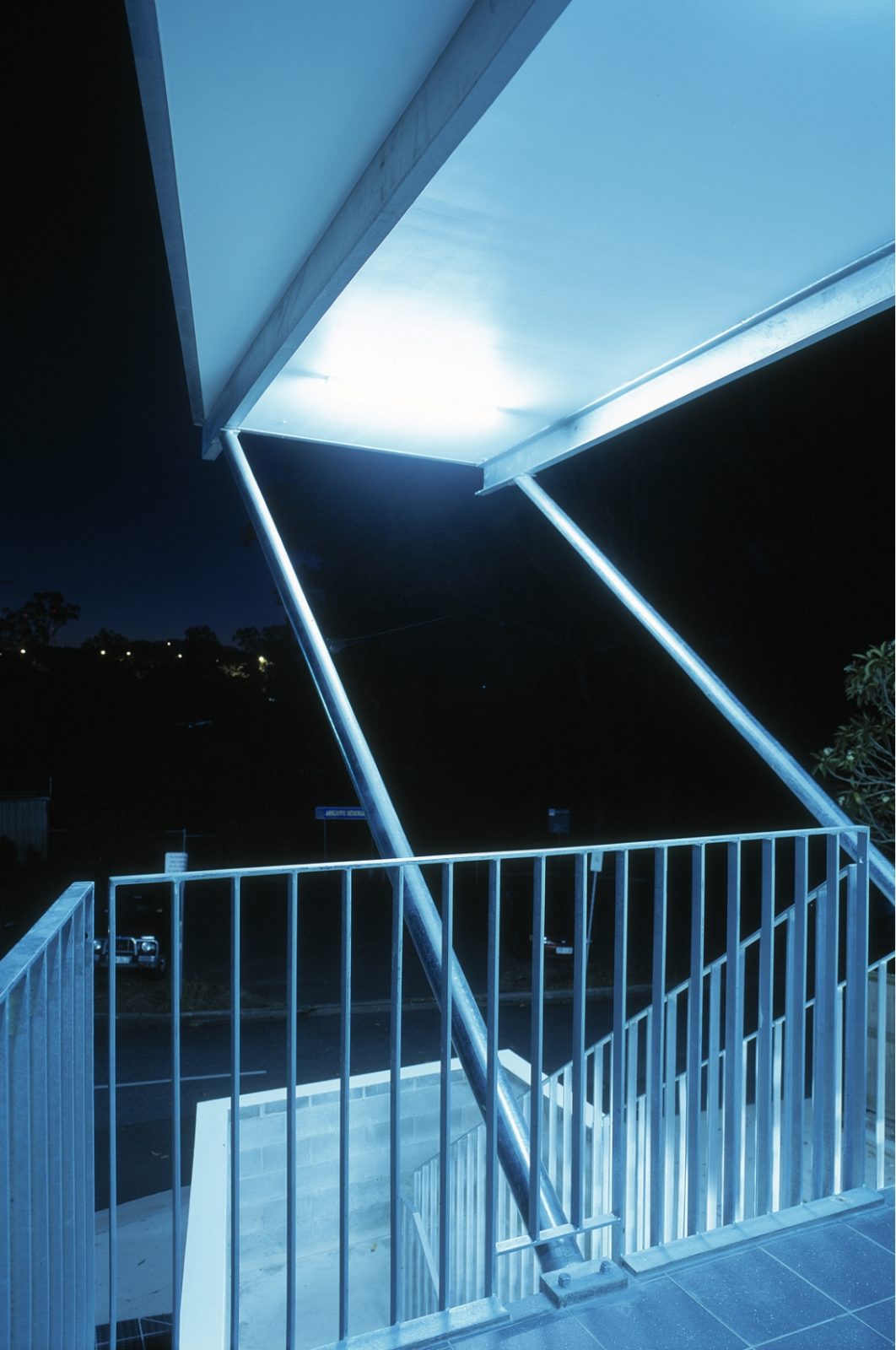 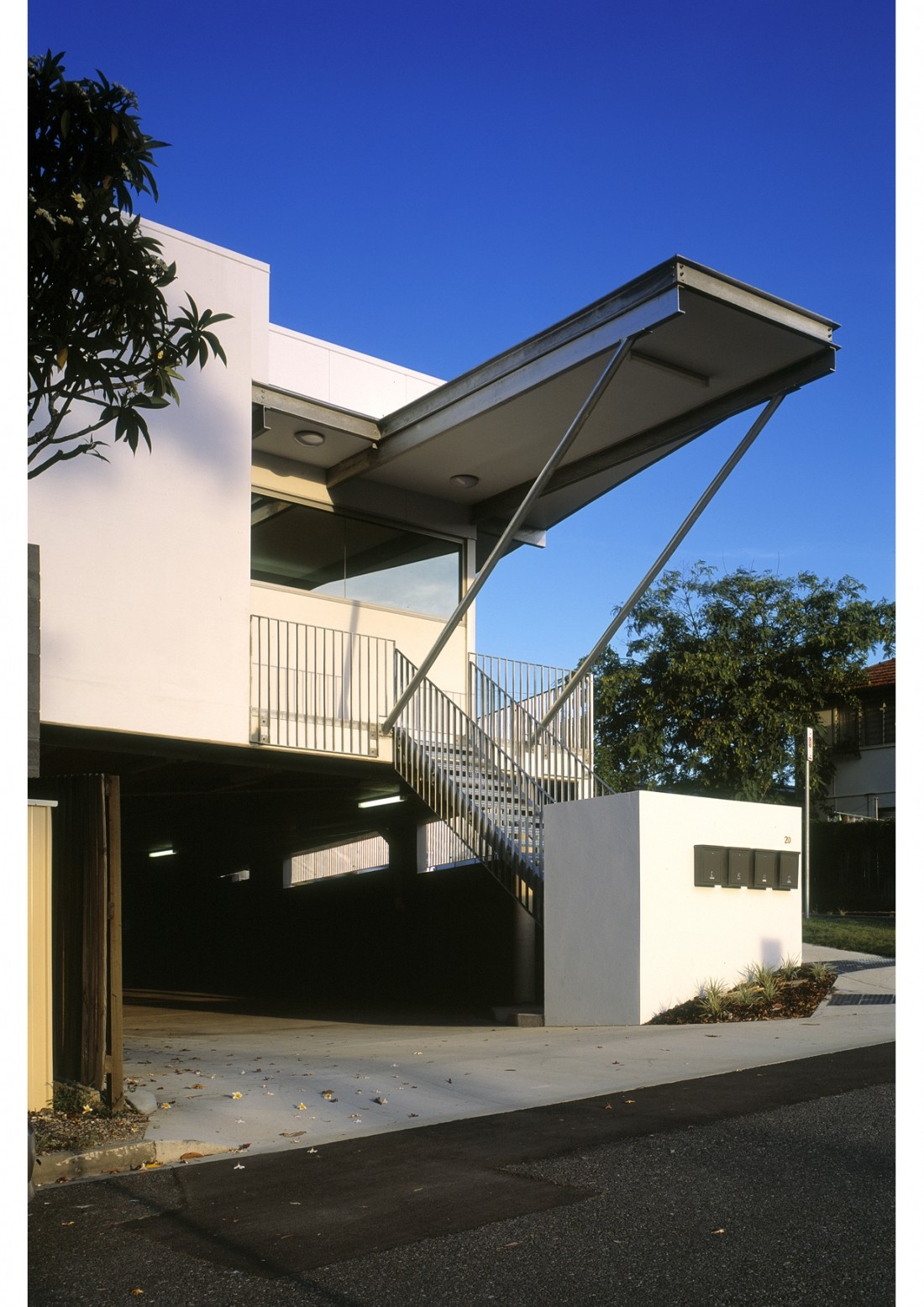 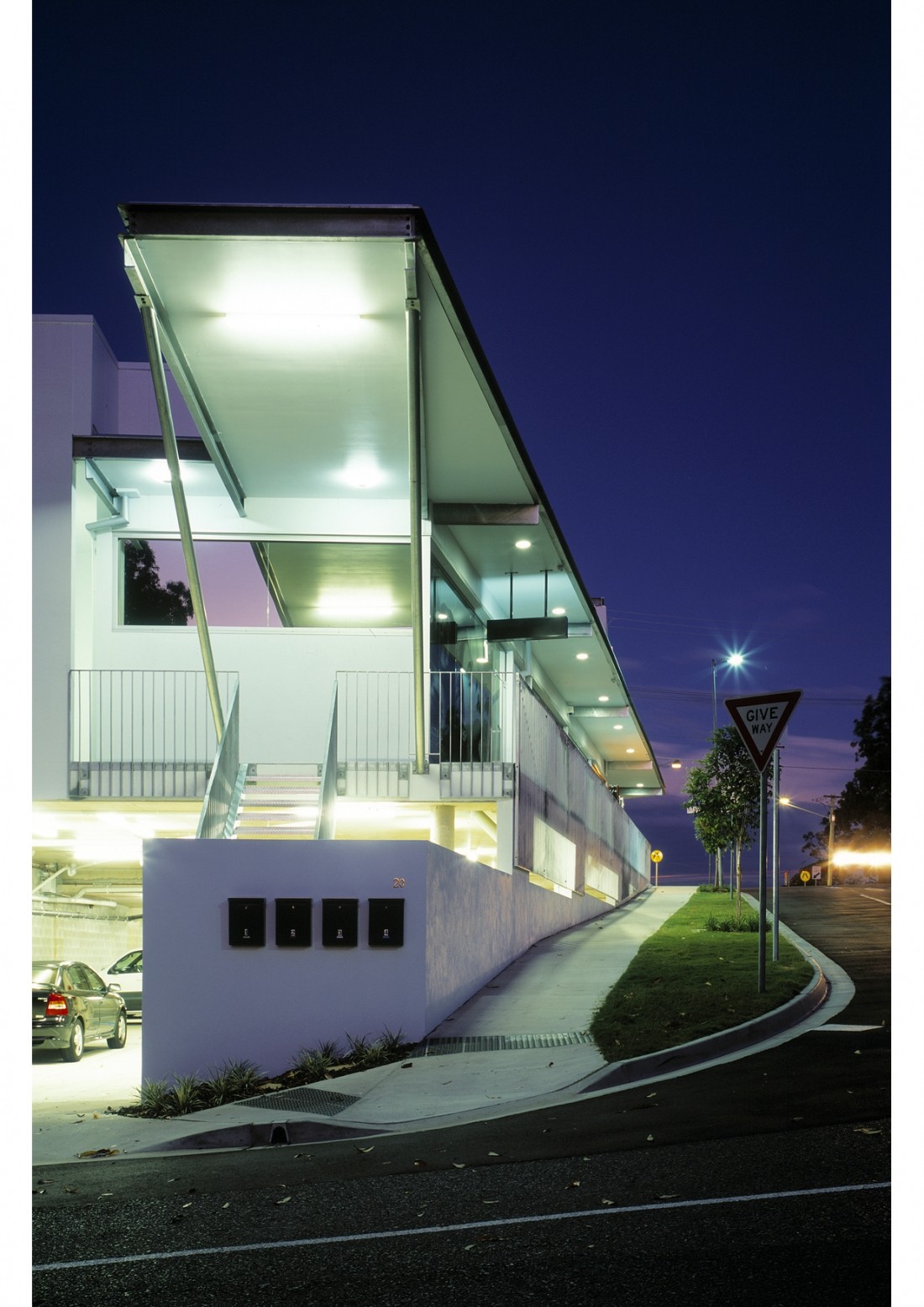 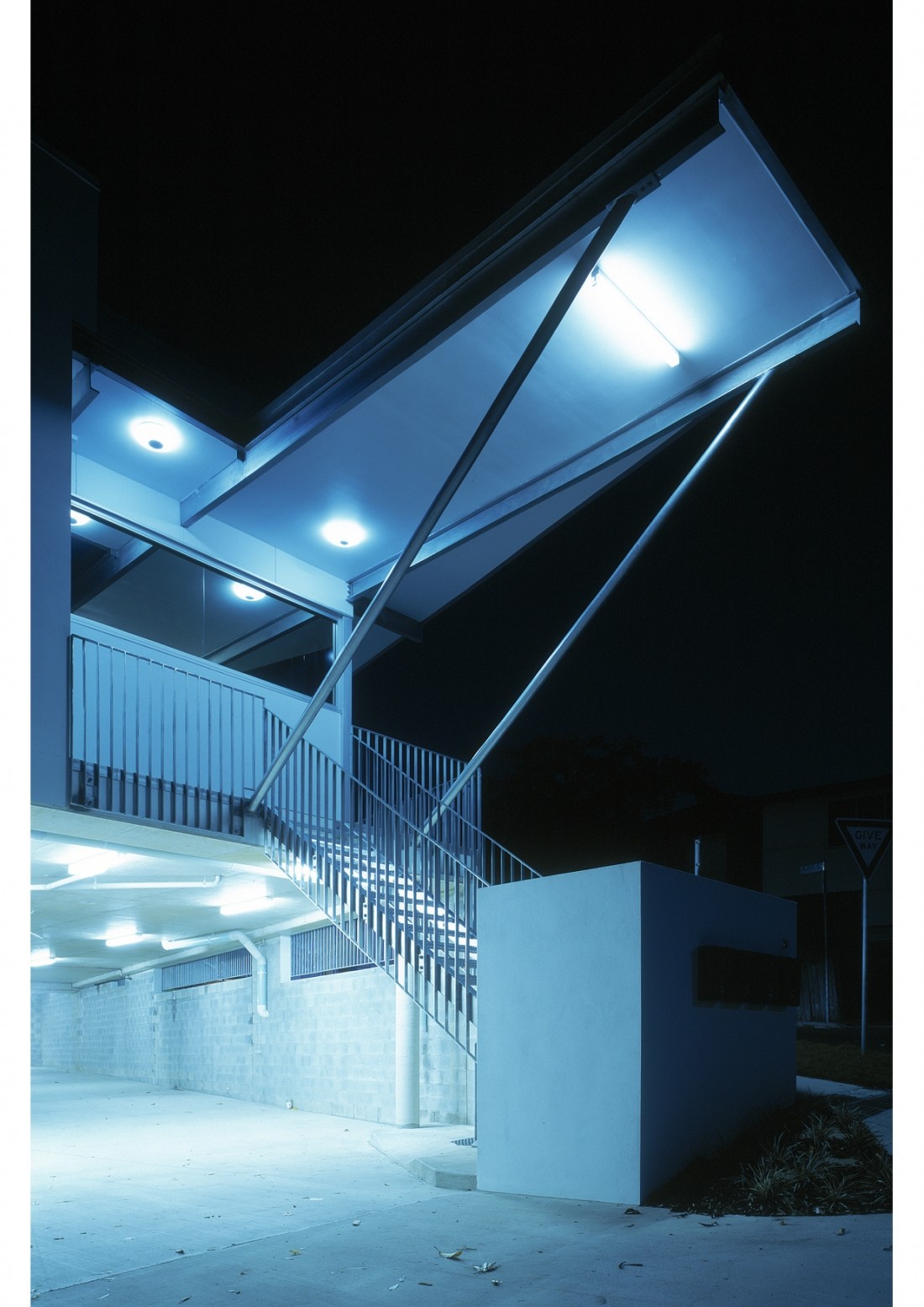