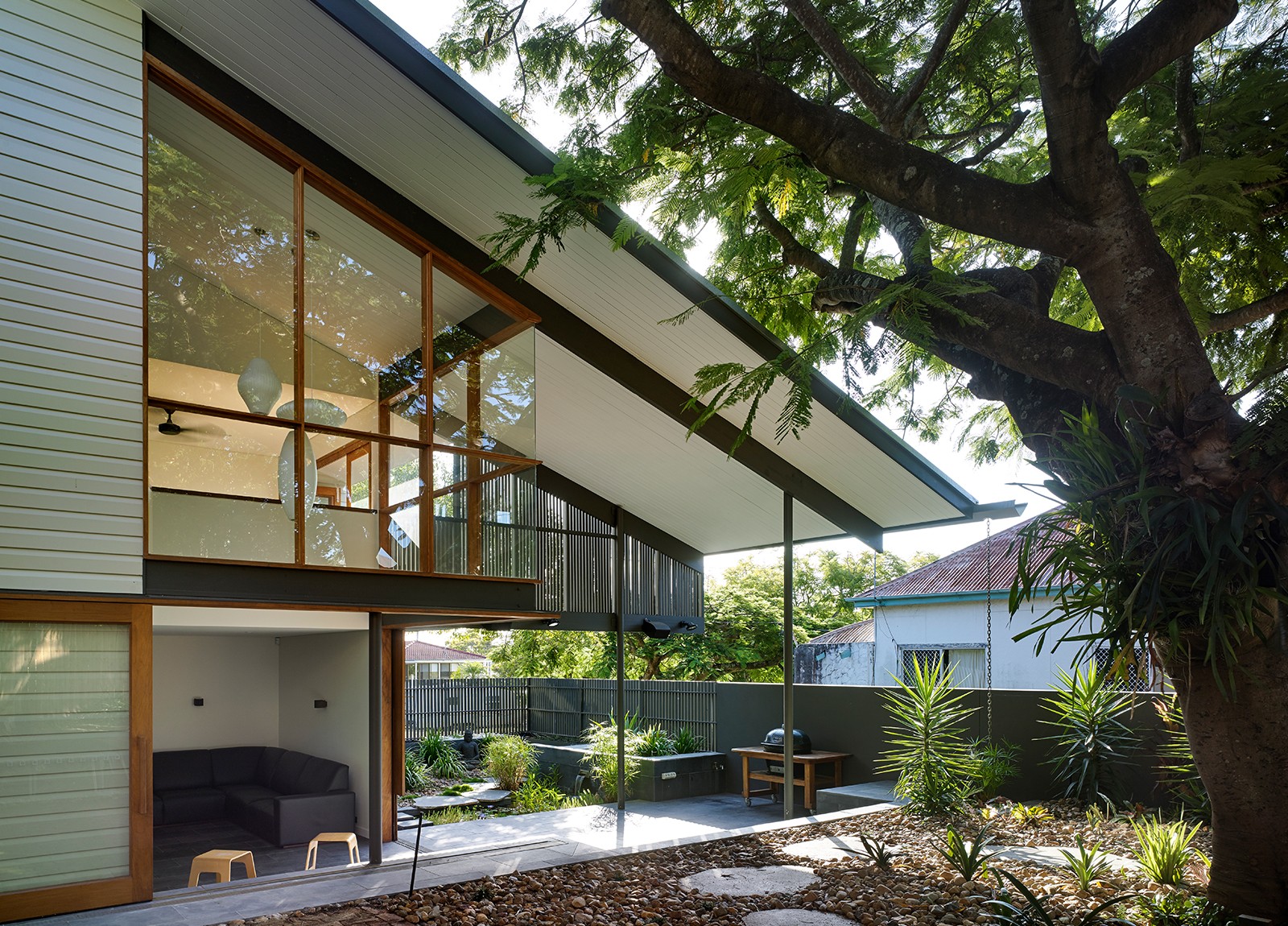 The existing elegant Queenslander sits on a spectacular site with views across Moreton Bay and a well established garden. The challenge of the site was the insular planning of the existing home. The brief was to refurbish and extend the existing to embrace the unexploited opportunities.
Two perpendicular axes were identified: a north-south axis of ‘acceptance’ identified potential transparencies and desirable connections (northern light, summer breezes, the backyard, the street, park, jetty and finally the Pacific Ocean); an east-west axis of ‘elimination’ identified aspects and elements to be modulated (harsh sea winds, overlooking neighbours, western sun).
The design was subsequently conceived as a series of contrasting spaces that adhered to this parti. This generated a sequence of spaces with markedly different qualities; the lookout, the central hearth and the grove.

The traditional street presentation has been retained, with an enlarged verandah for experiencing the ocean views. The previously segregated core has been unified as one space, linking the front outlook and the rear extension, and focusing the daily living activities to the centre of the house. The new extension orientates around a large established Poinciana tree that occupies the rear of the site, drawing views and access to the ground plane. Conceived as part of the landscape, this volume embraces the existing tree, providing refuge in the cool shade beneath its canopy. 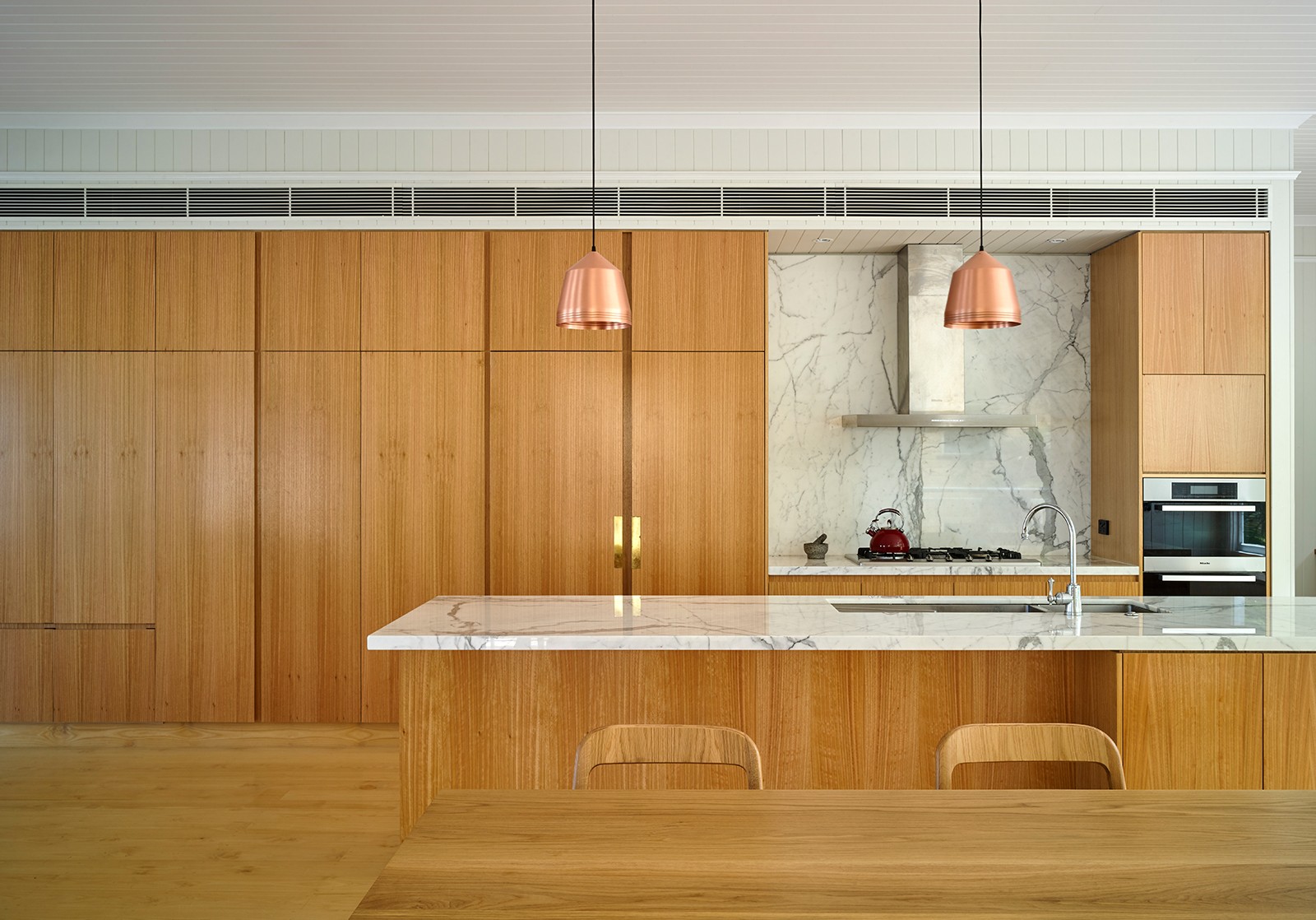 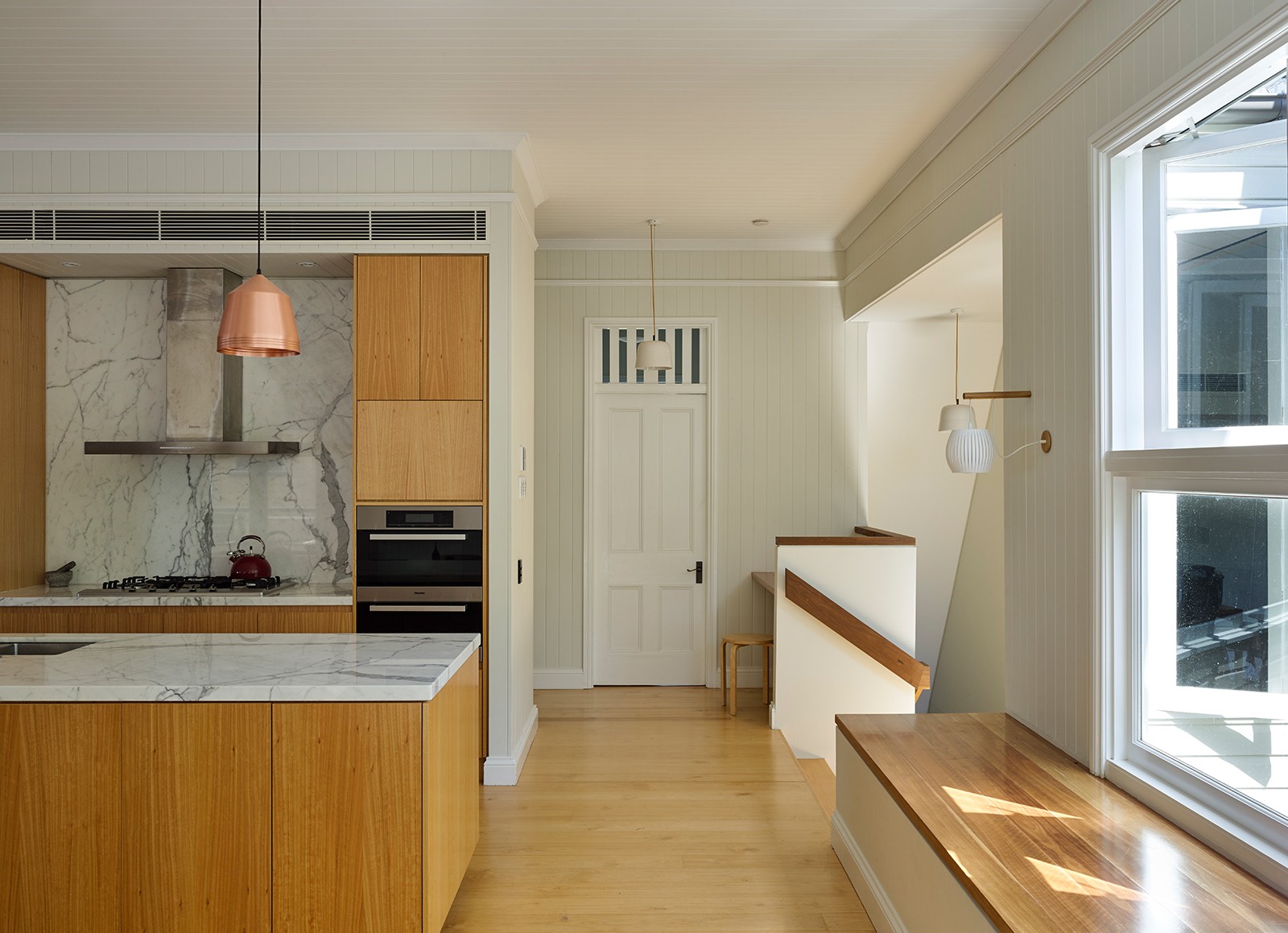 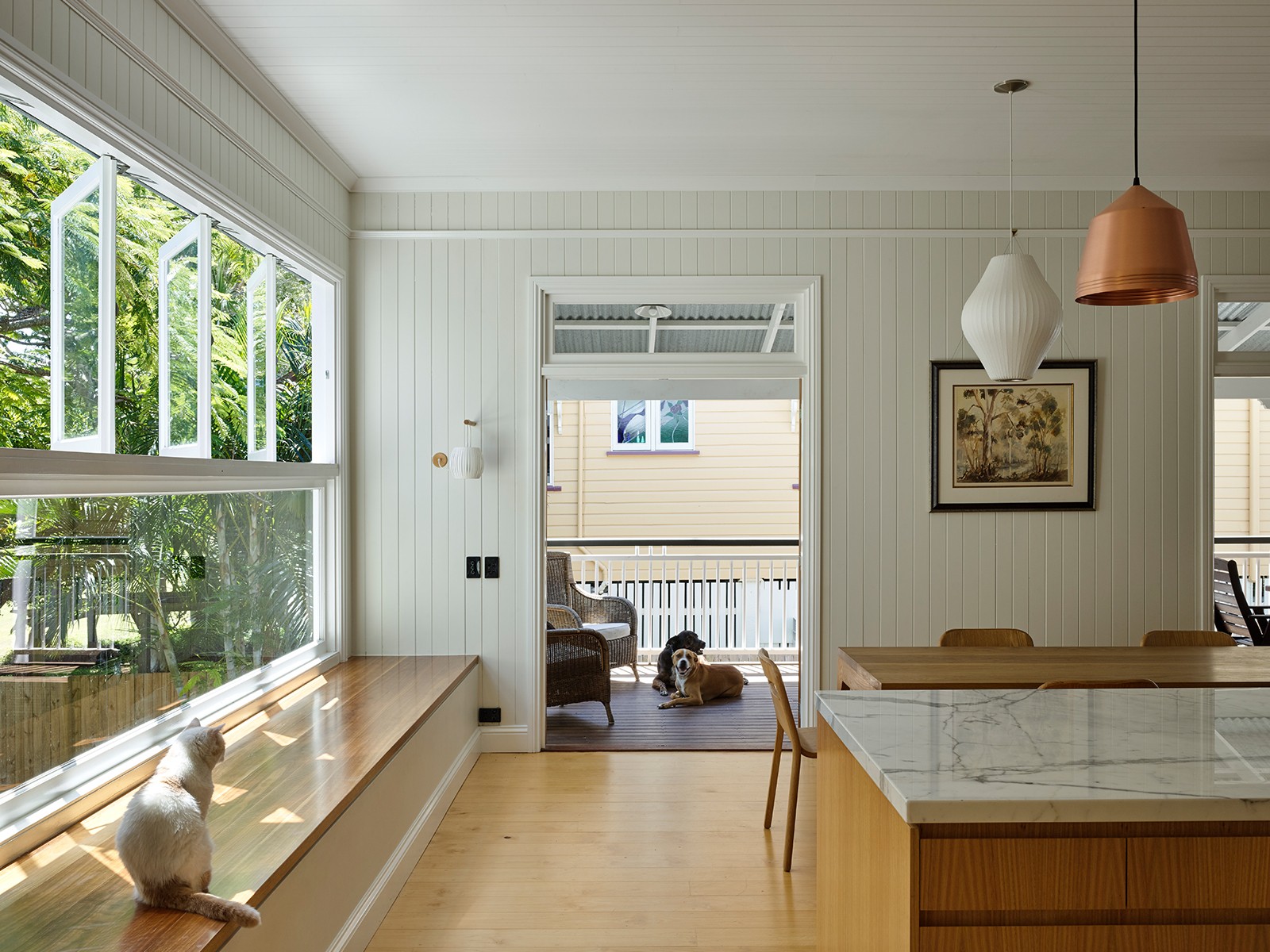 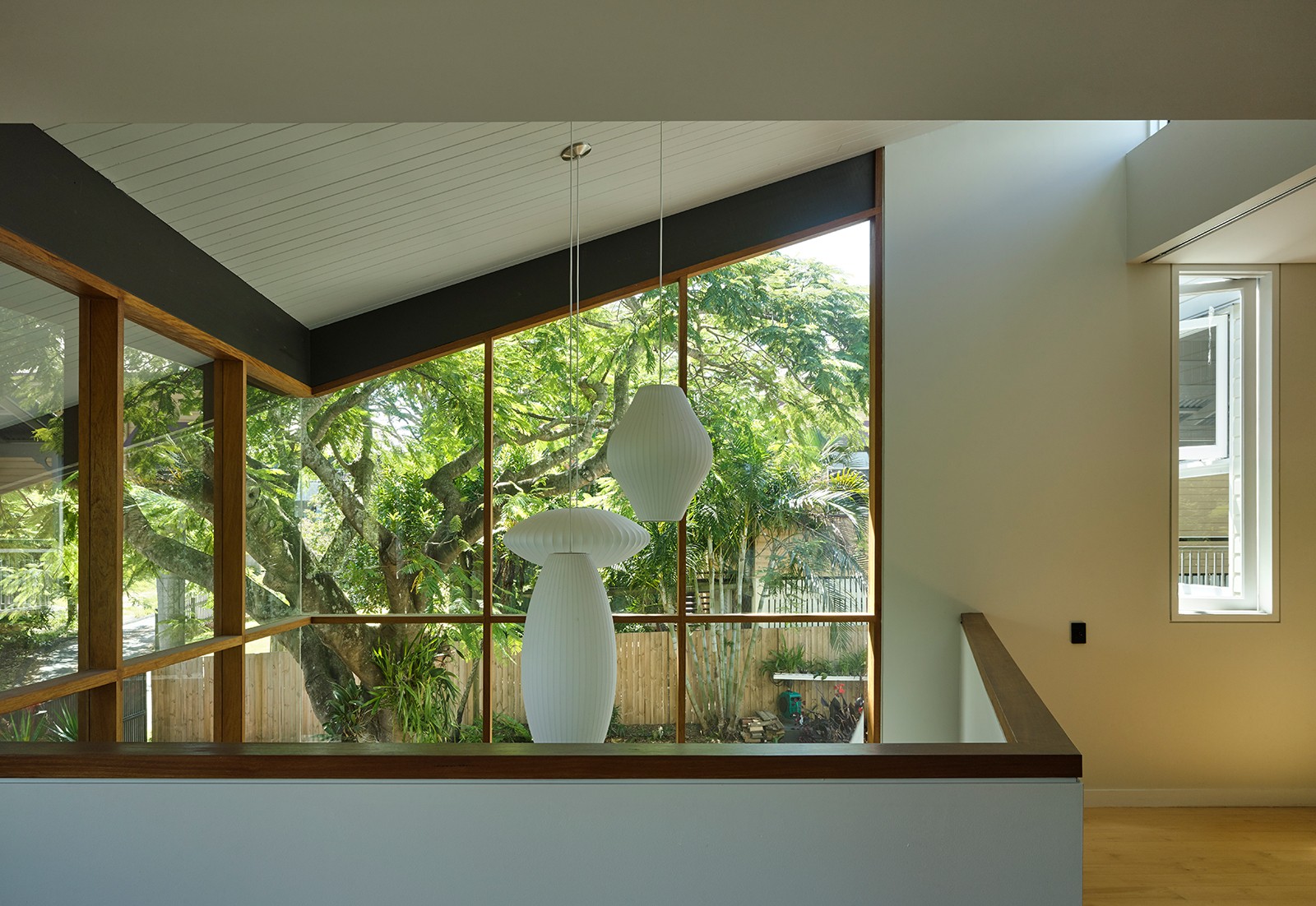 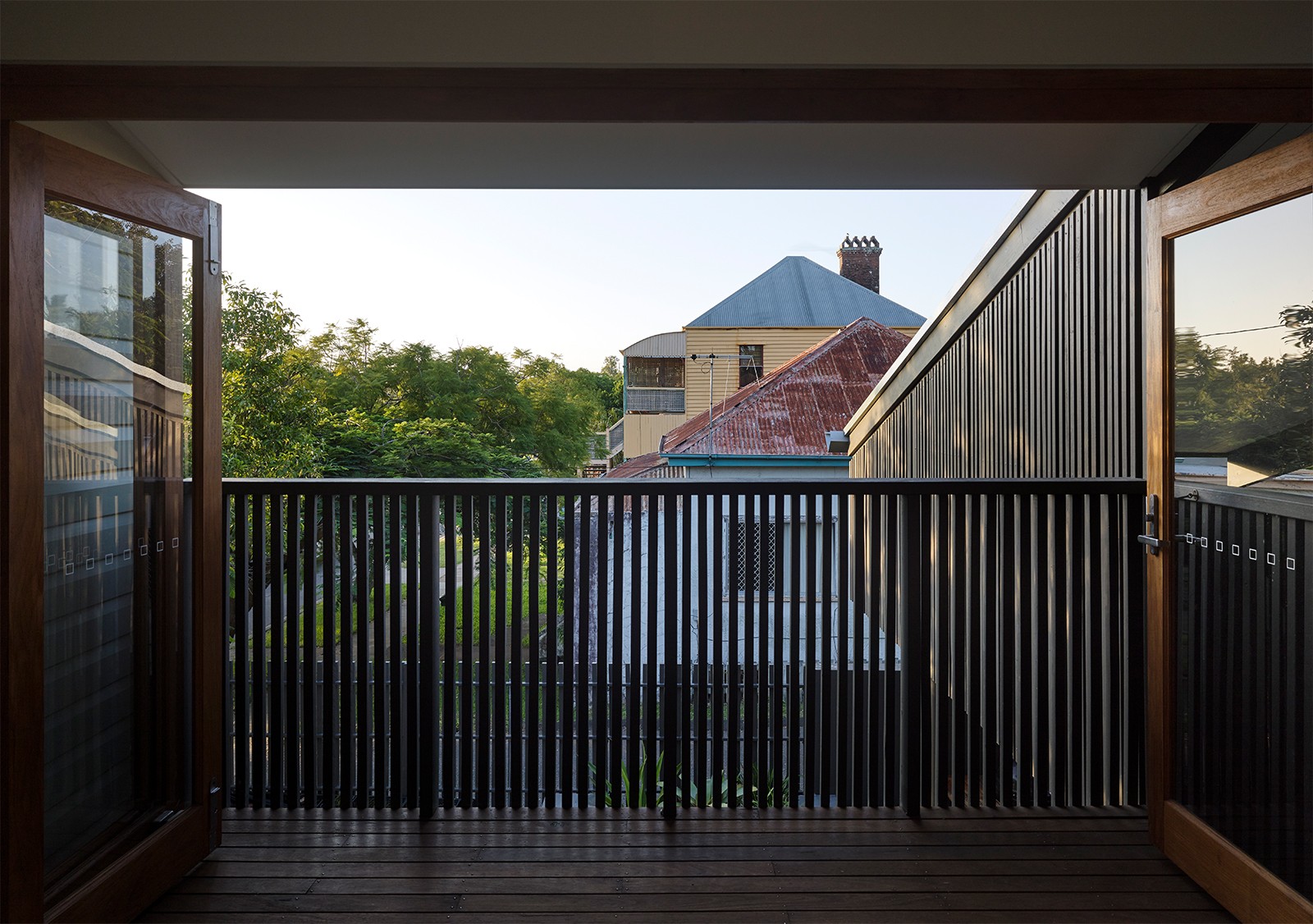 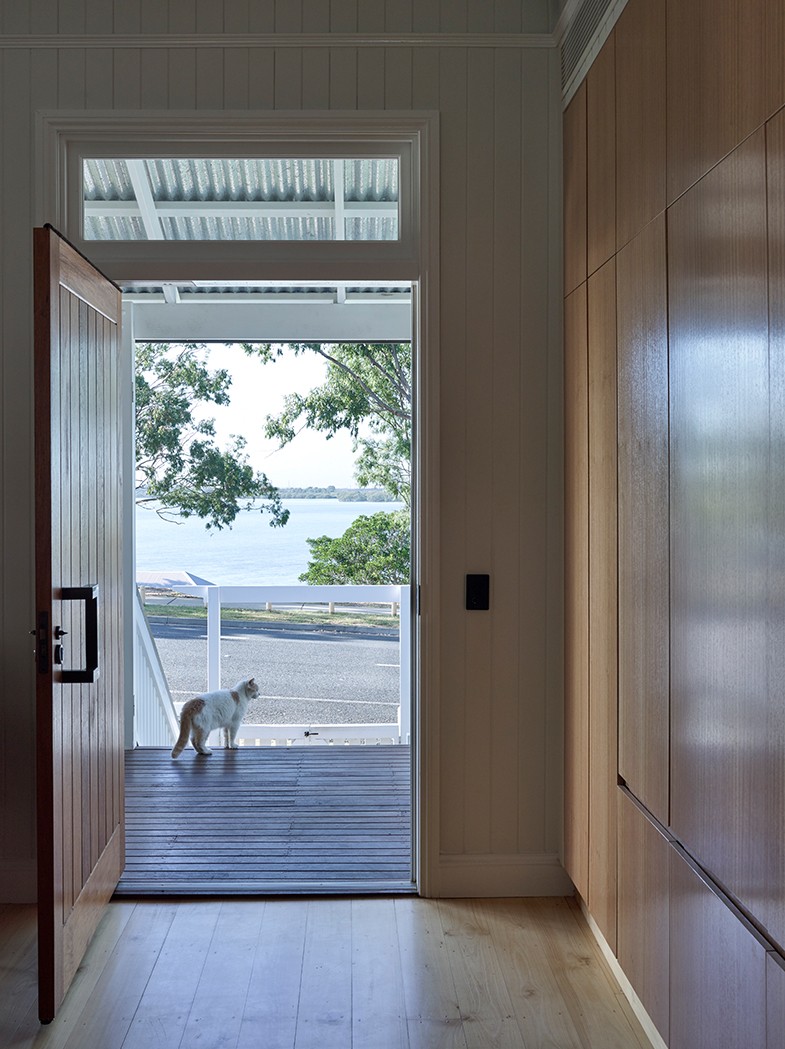 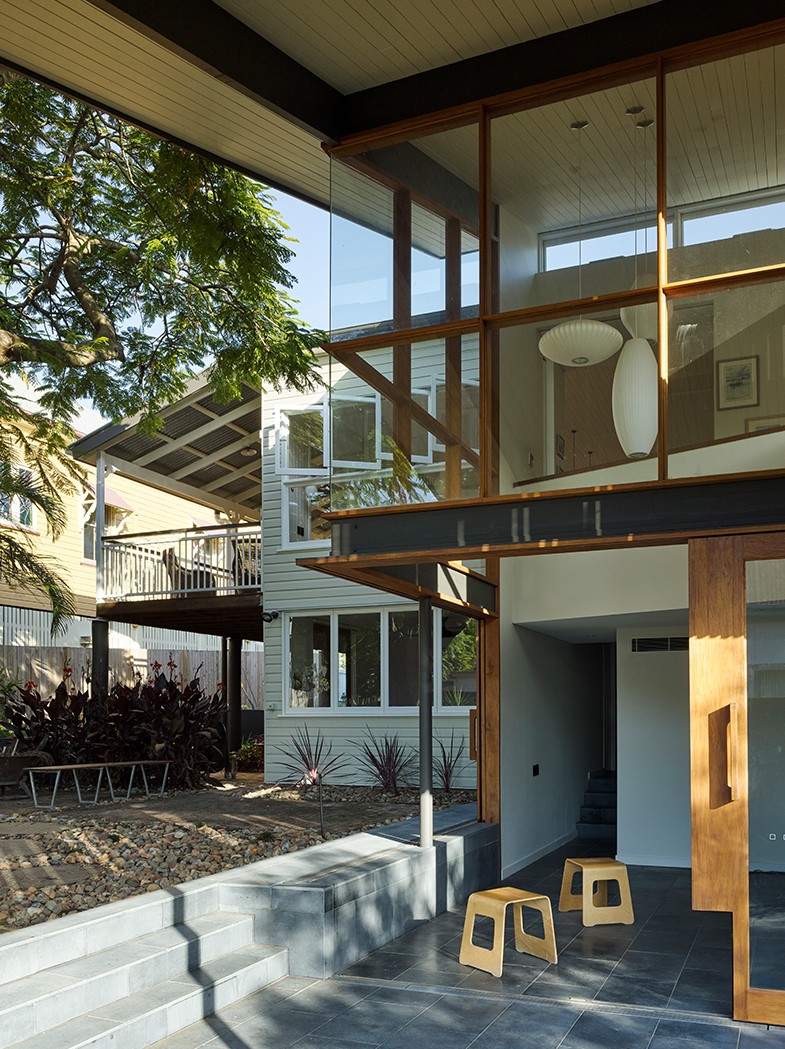 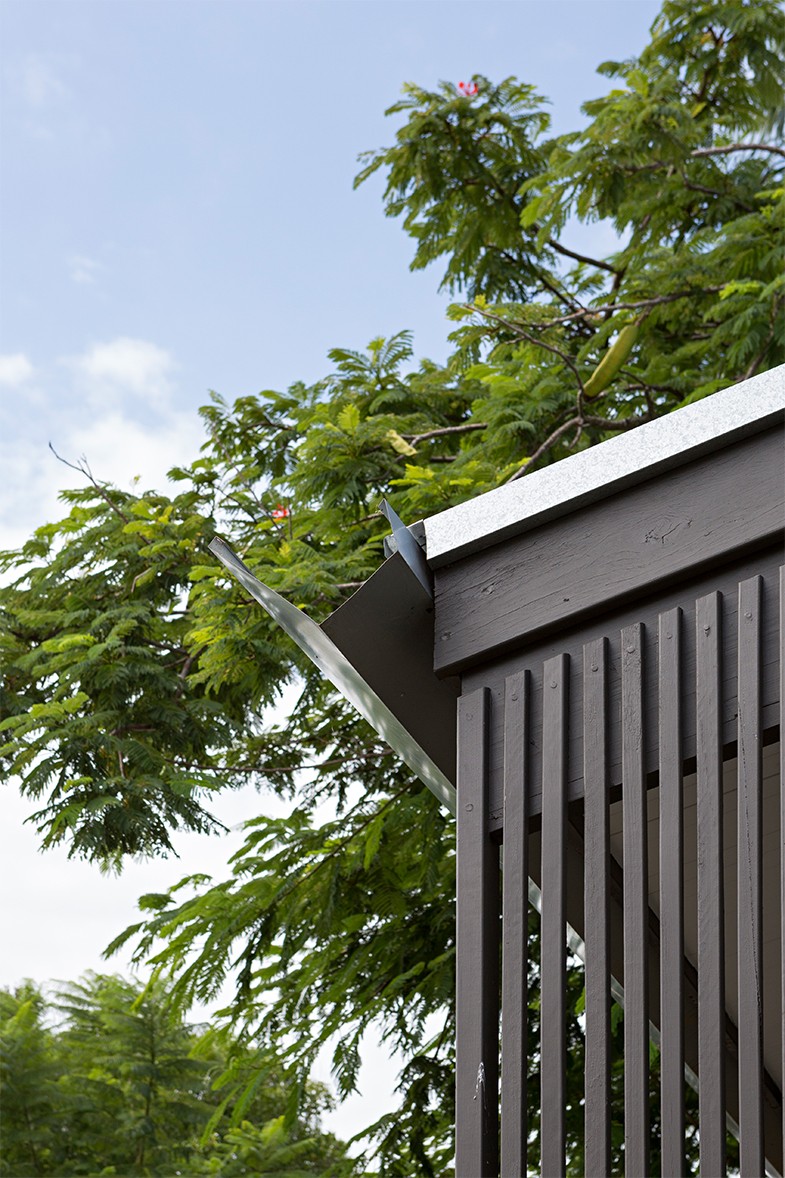 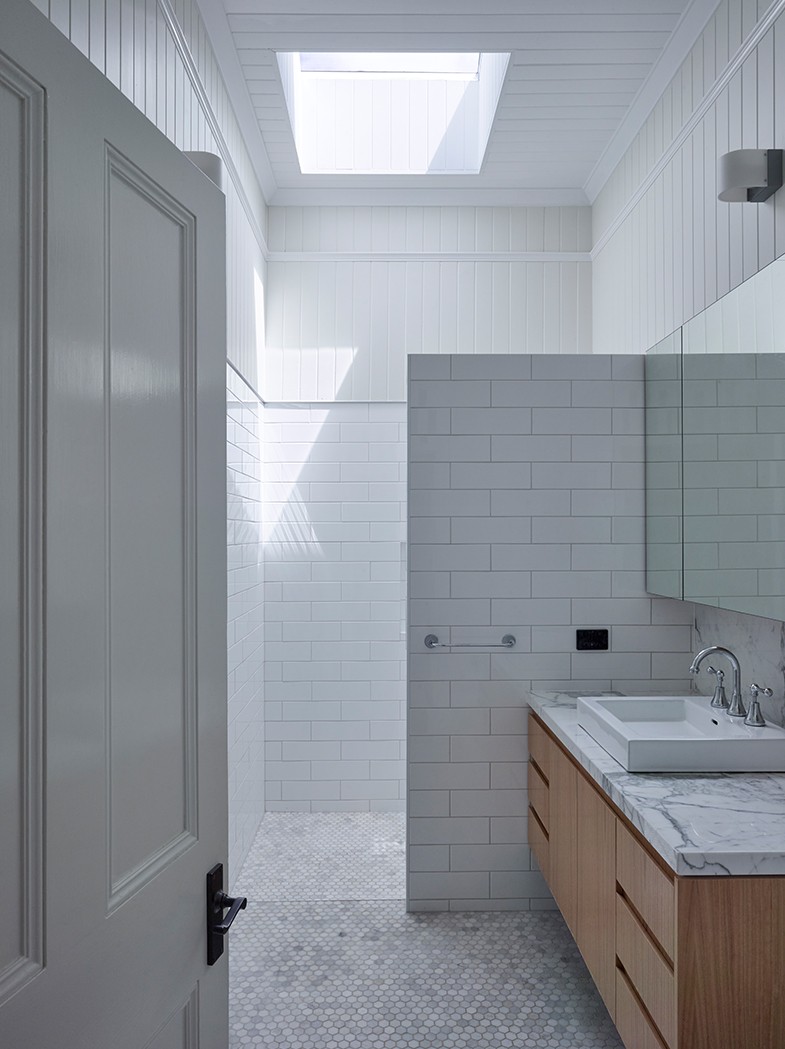 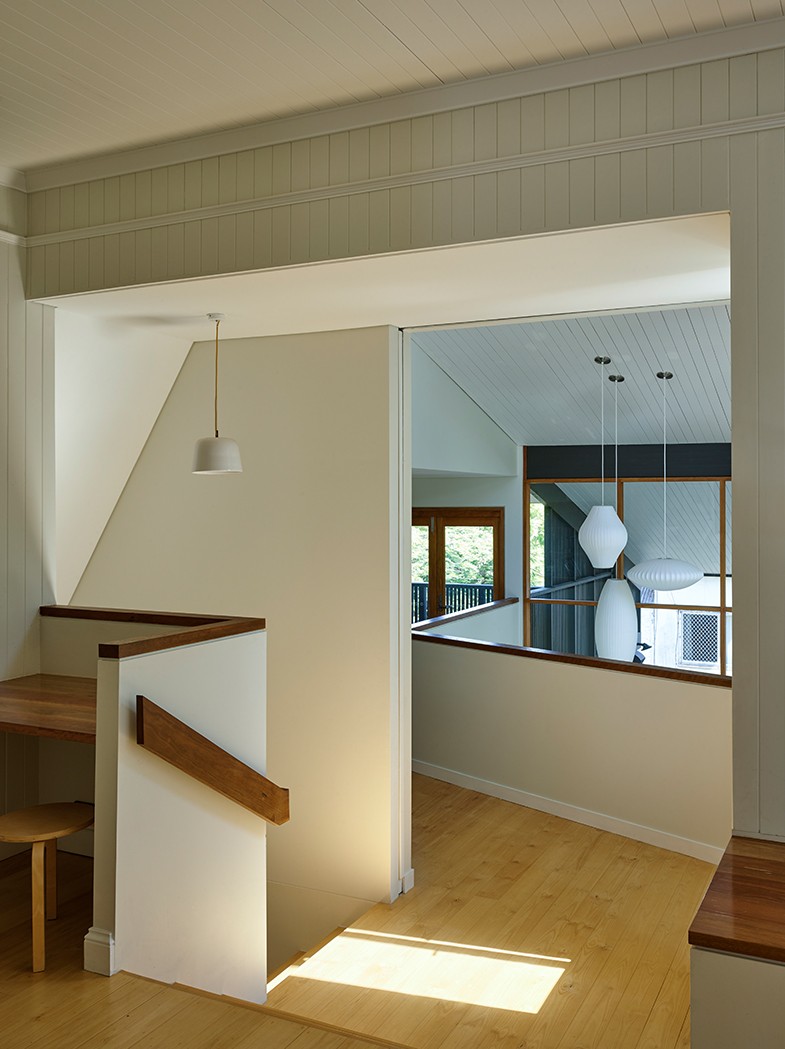 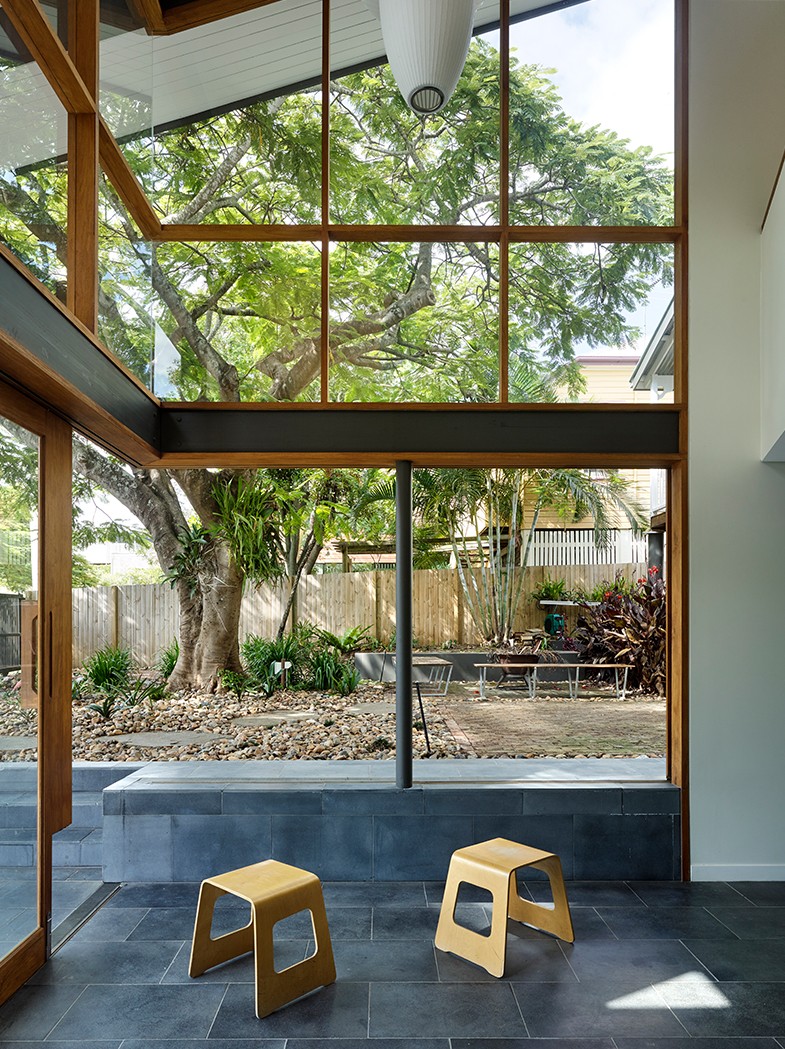 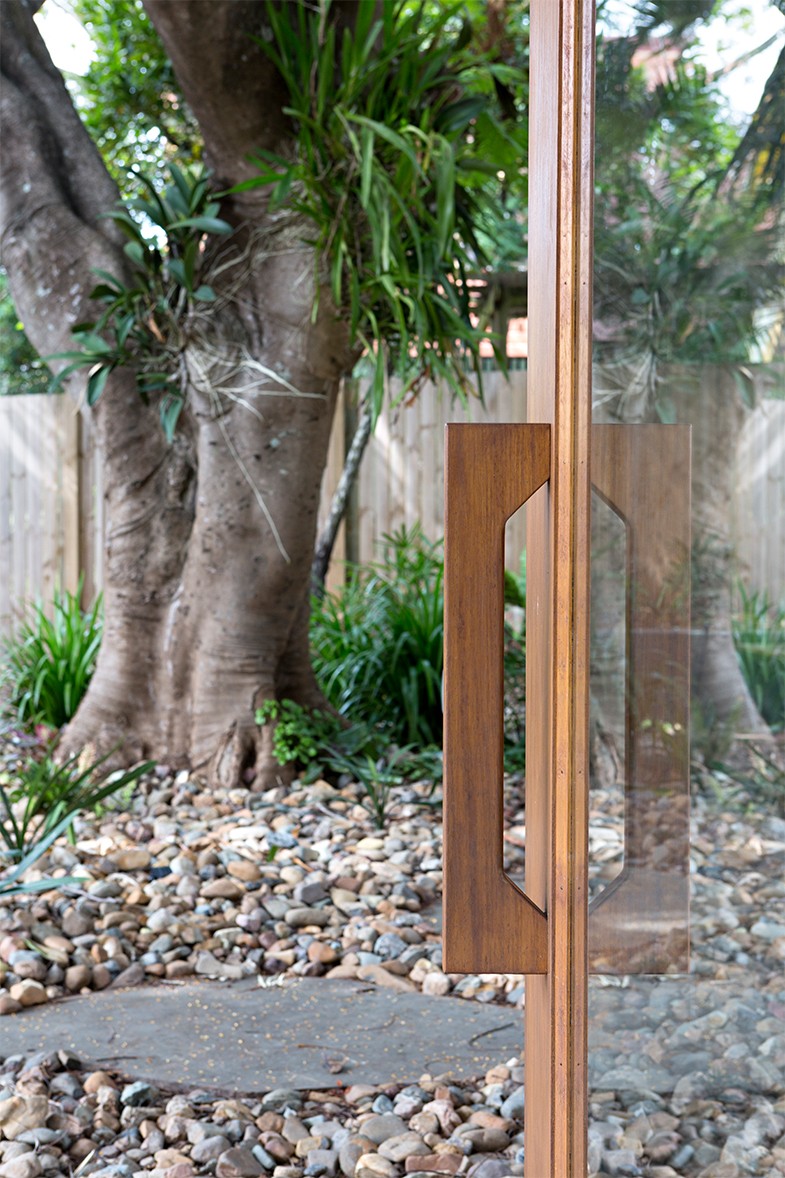