The vision of the multi-residential building at 30-34 Gallagher Terrace in Kedron, Brisbane is to connect the residents of the building to the surrounding context, define a ground plane which is pleasant and inviting to the public, provide refuge to the parts of the building that require it and provide articulation to the facades that break down to a human scale.

It is important the overall composition expresses two scales simultaneously – the urban scale of the building mass and the domestic scale of the individual units. The street elevation is broken down through articulation of the unit balconies and a recess is established to define two asymmetrical halves. Colour is introduced to the recesses of the unit balconies, with a change in material indicating a more domestic scale. The balustrades are solid in front of the more private spaces while in front of the more public spaces the balustrades are inverted to fine metal screens. The transparency of these balustrades connects the residents to the streetscape below.

The building sits upon a rusticated base, with private courtyards, landscaping and informal gathering spaces softening the public edge. This connection to the public is important and integral to maintaining a public and landscaped streetscape.

The north and south elevations are treated in similar ways. Using a parallel language to the street facade, recesses, material change and the introduction of colour breaks down the building mass. The west facade adopts the elements from the east facade, however is adjusted slightly to take advantage of the more private aspect and connectivity to the adjacent public parkland. 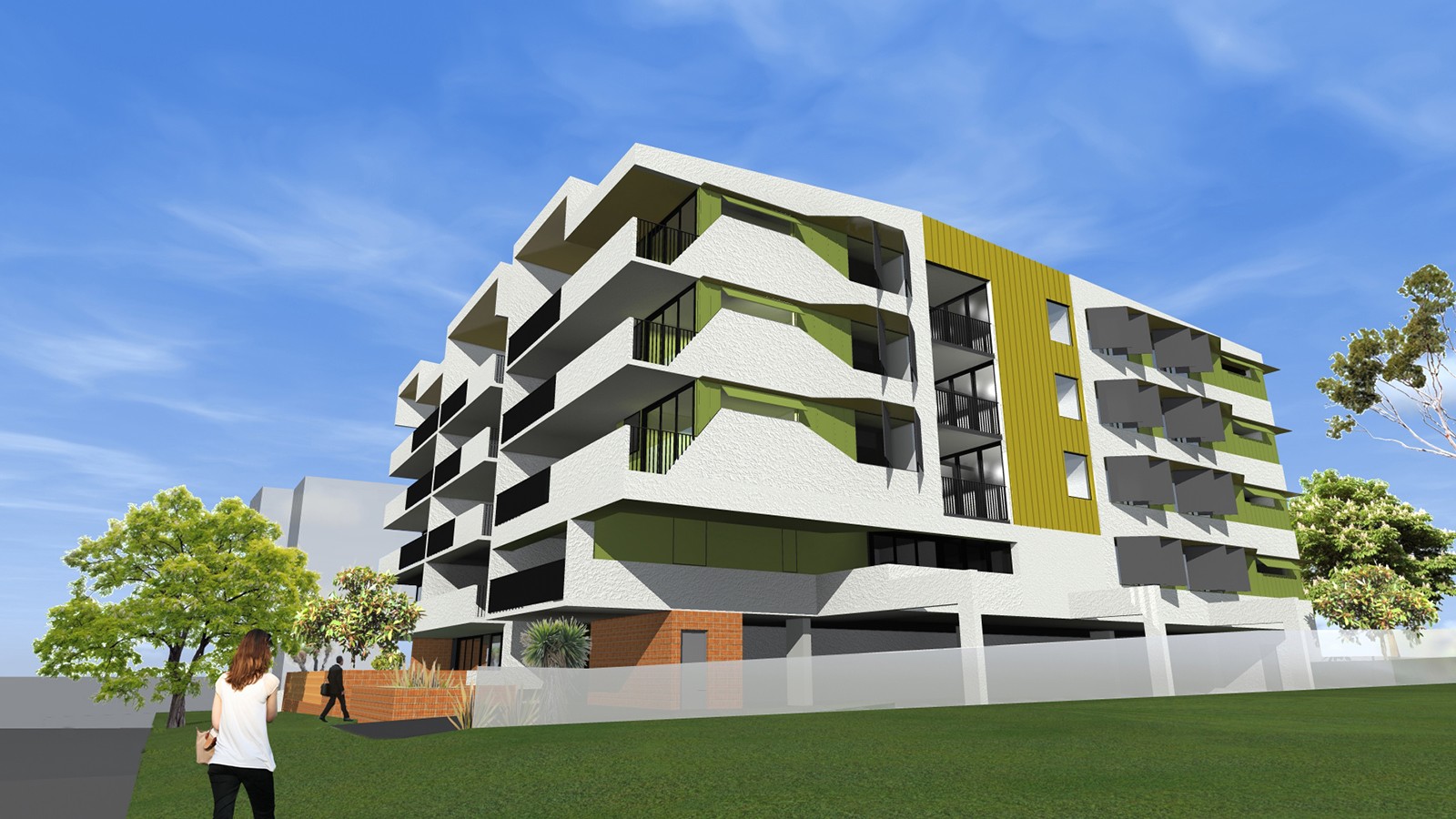 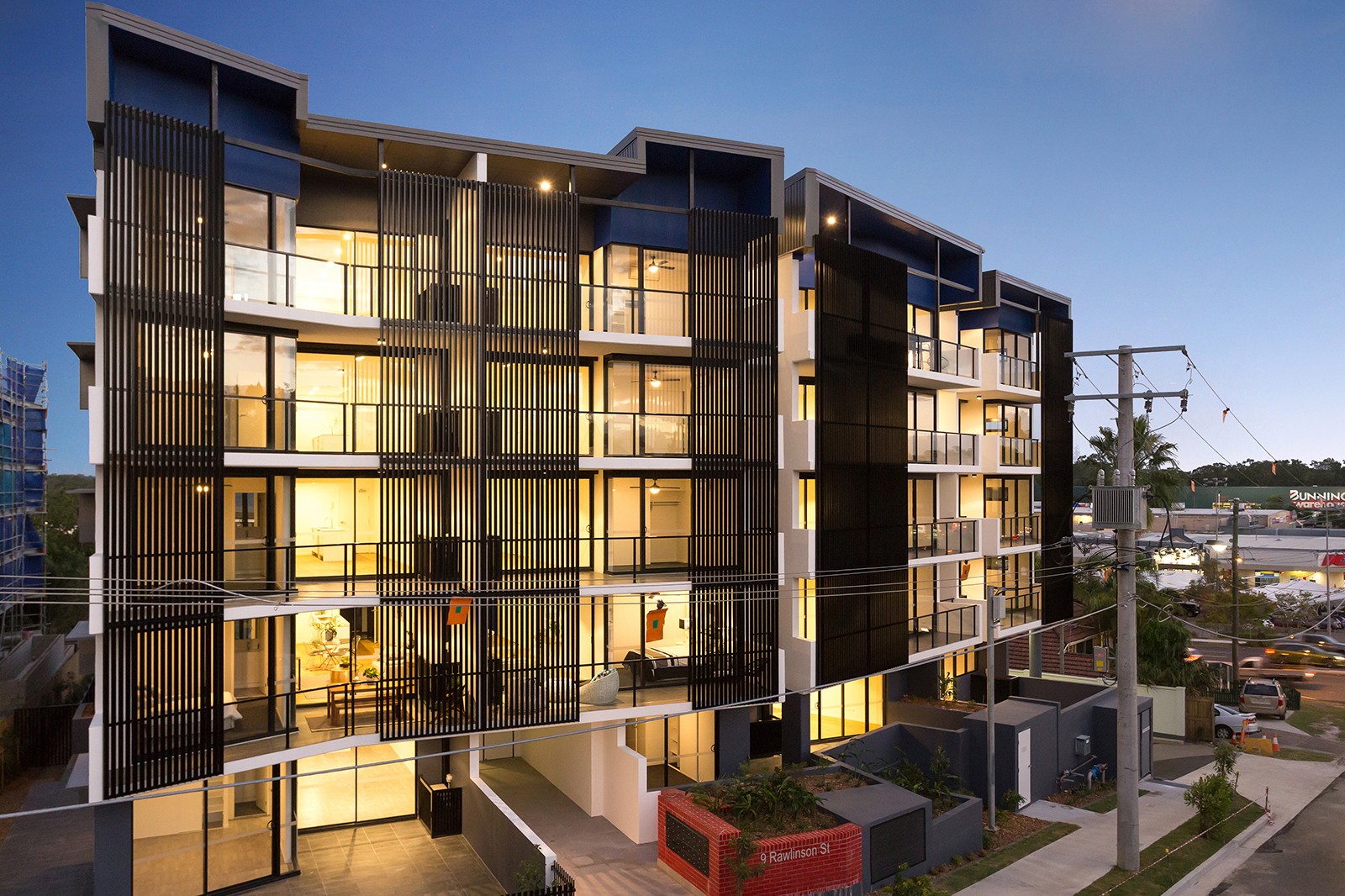 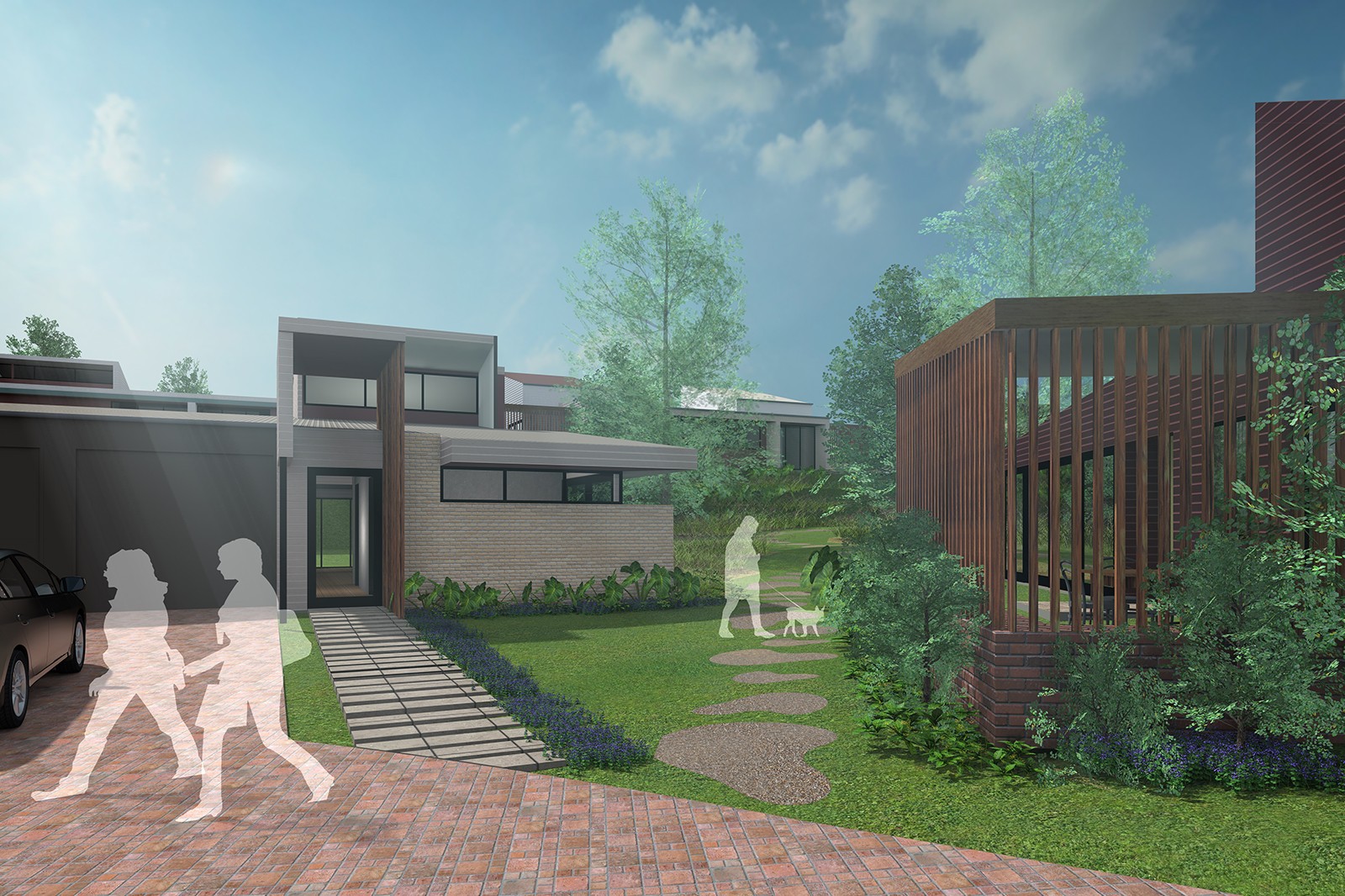 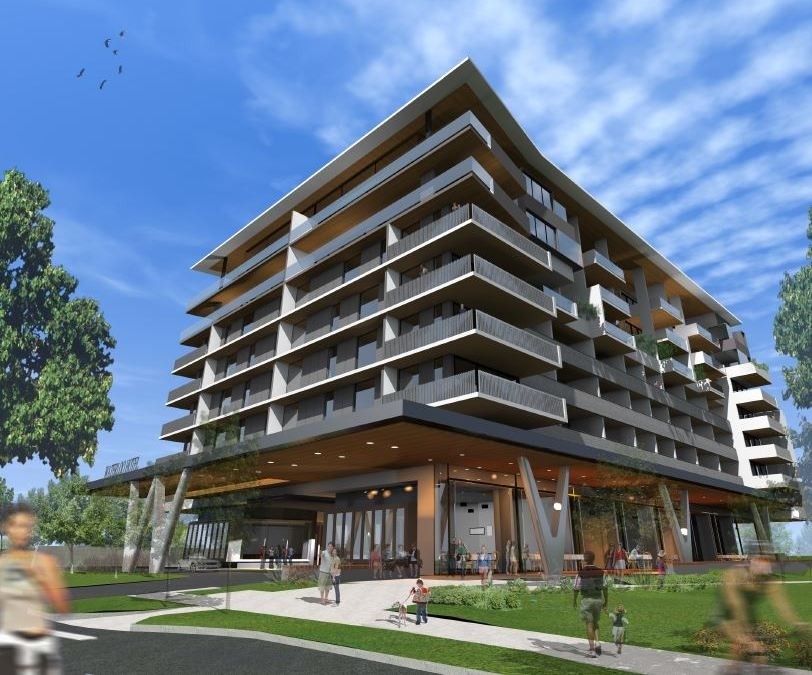