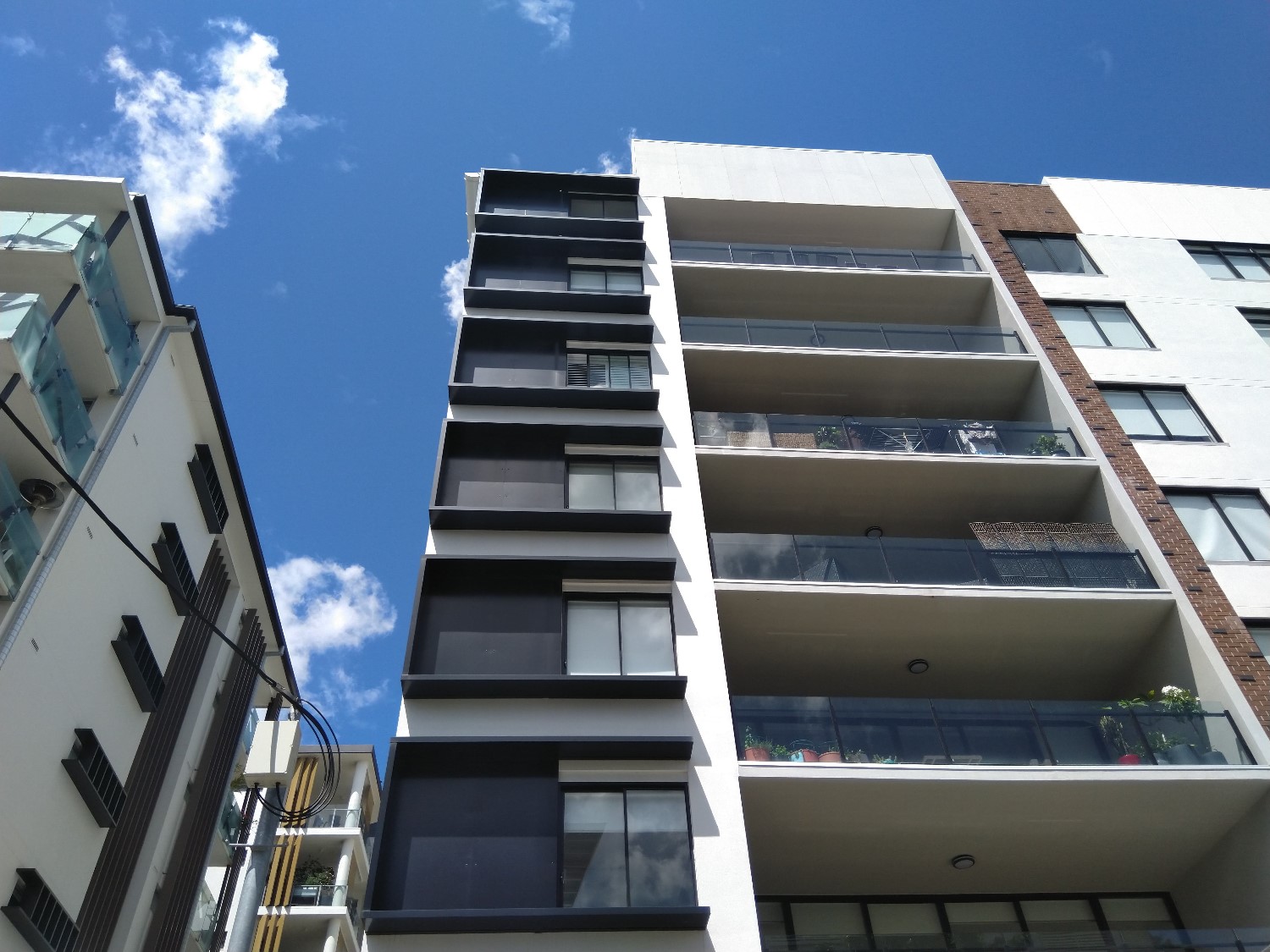 Located on the Brisbane River this site has uninterrupted views of the river and riverside park. The units are oriented towards the river and also to the north maximising the opportunity for views, daylight and cross-ventilation. Unit types vary from one, two and three bedrooms – all with large balconies and a basement carpark. The lower floors facing the river enjoy the canopy of a large existing poinciana tree that was retained as part of the tree lined Hill End Terrace.

A sub-tropical climatic response to the site has resulted in a building form that promotes passive cooling and heating effects. A combination of eaves, window hoods, screens and landscaping further protect glazing and openings from harsh sun exposure while further breaking down the scale of the building. The outdoor spaces are protected by a filigree timber balustrade while integrated planters introduce landscaping and greenery on to the building facade. 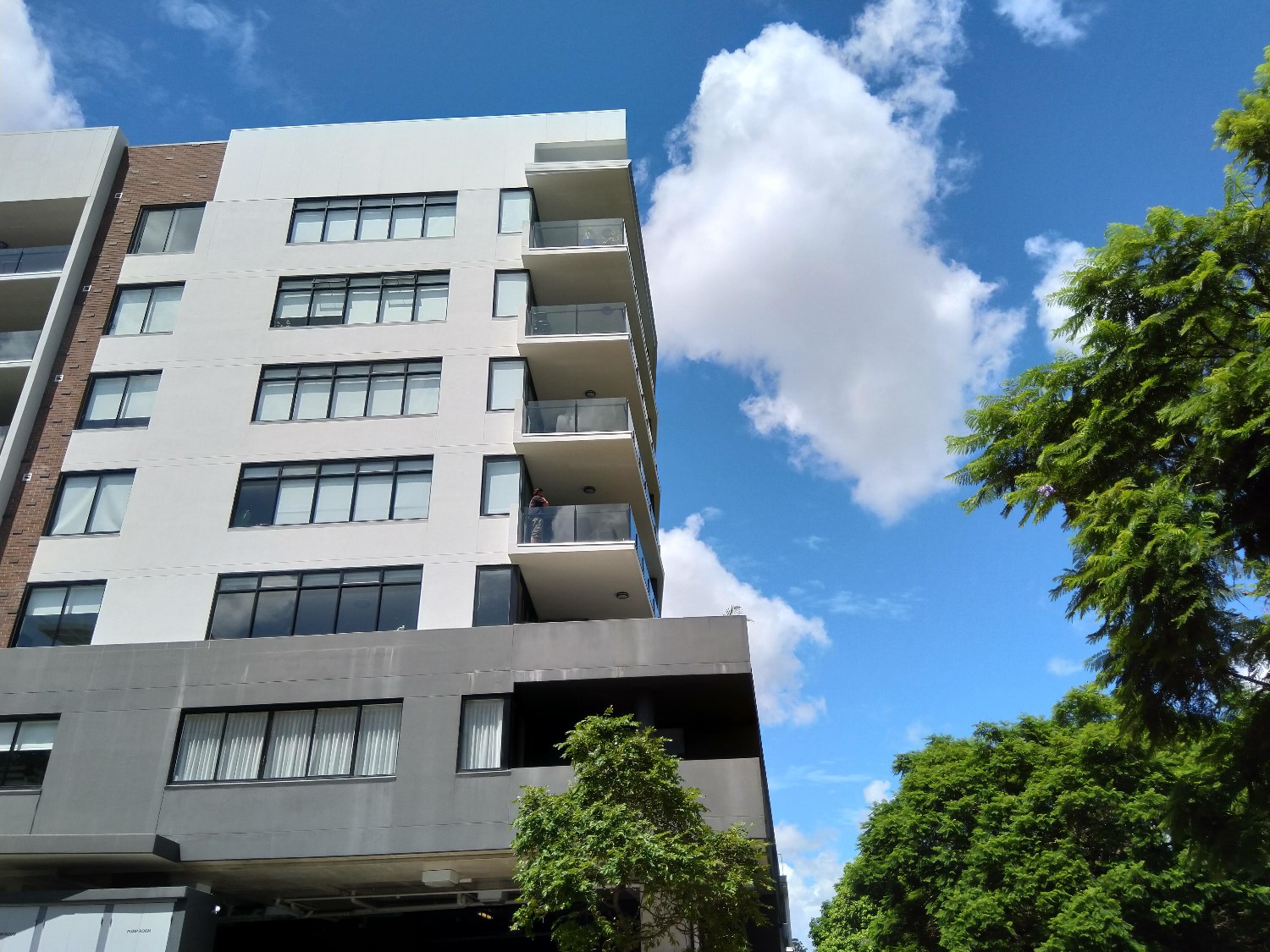 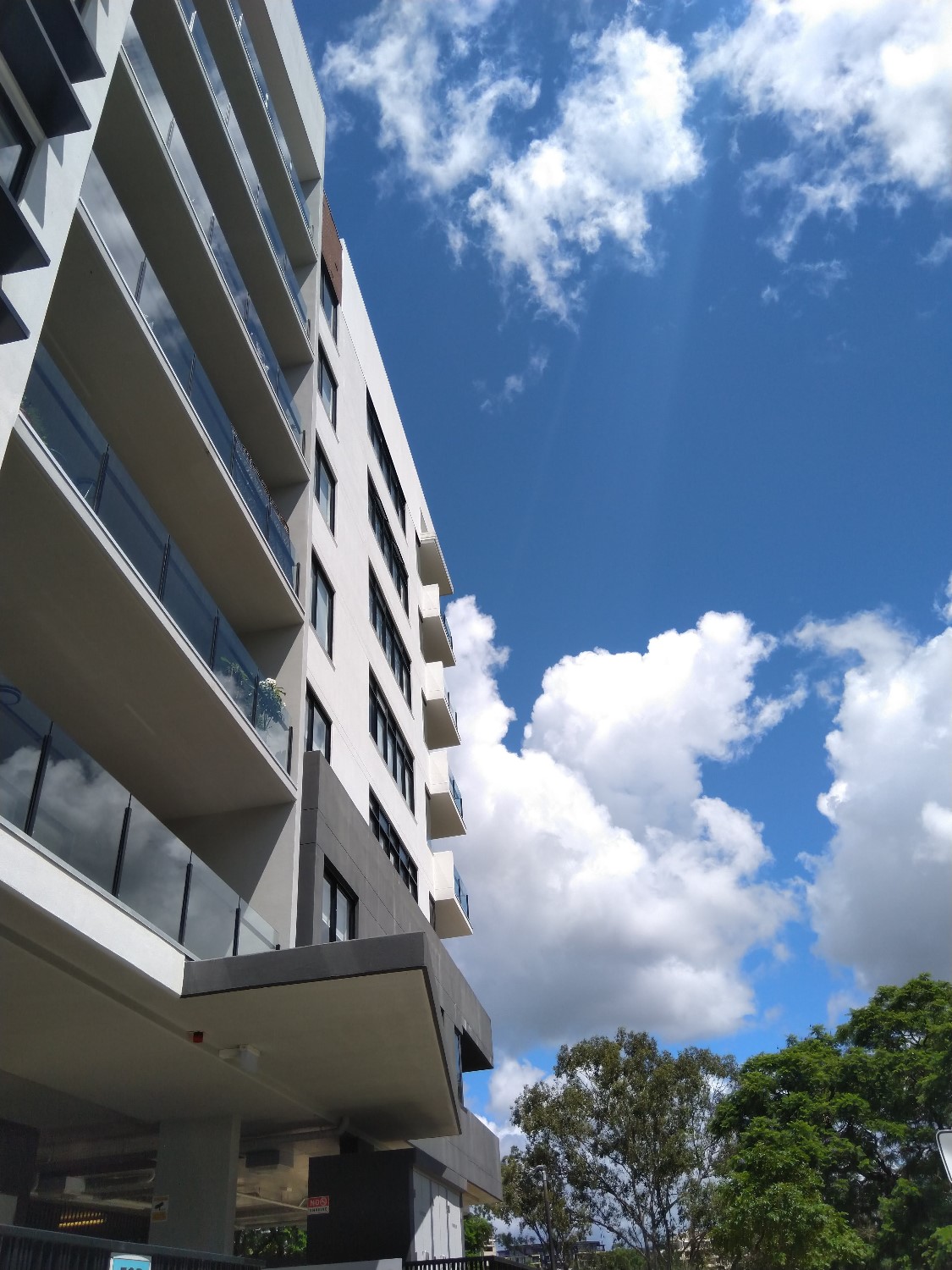 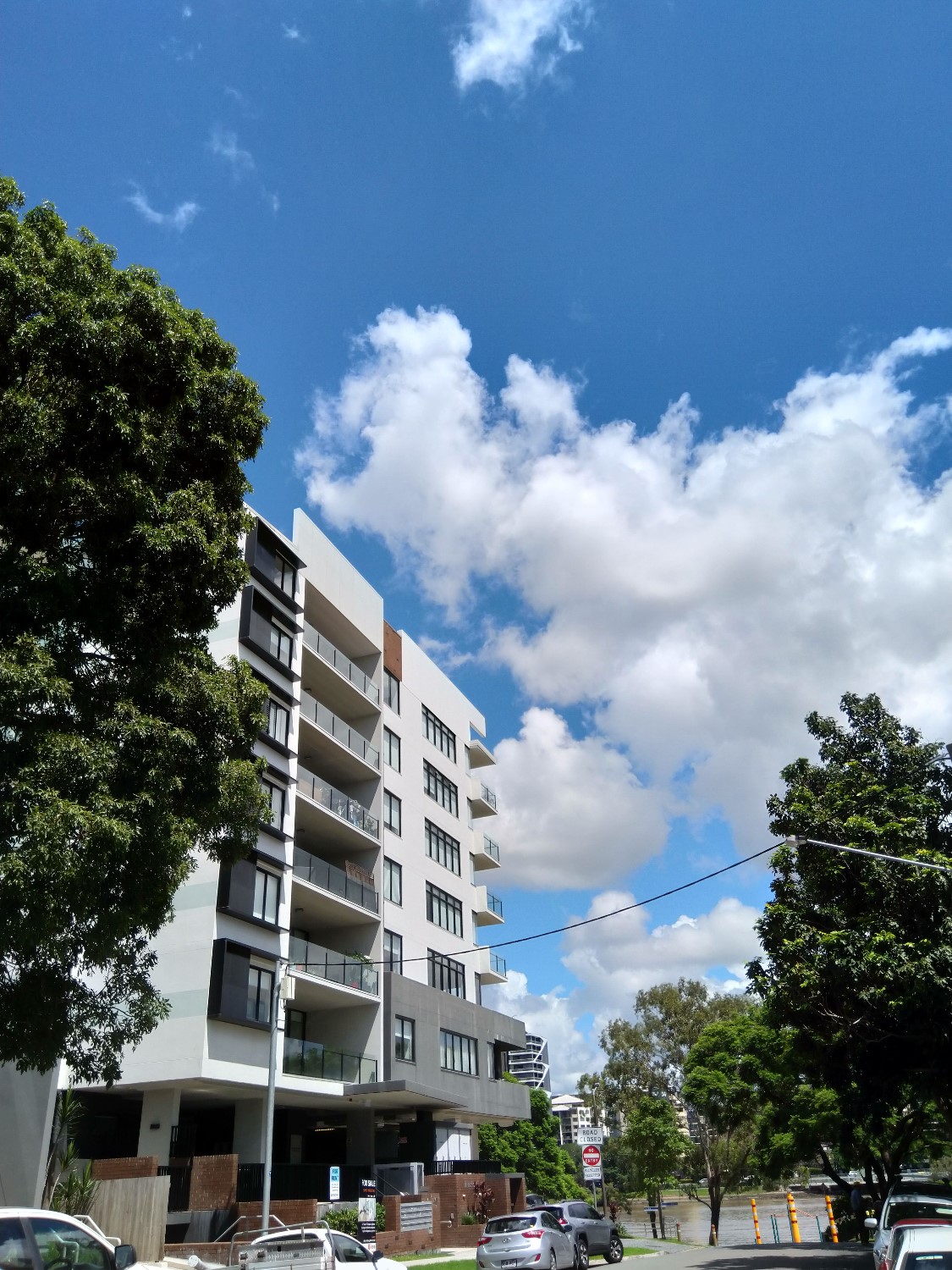 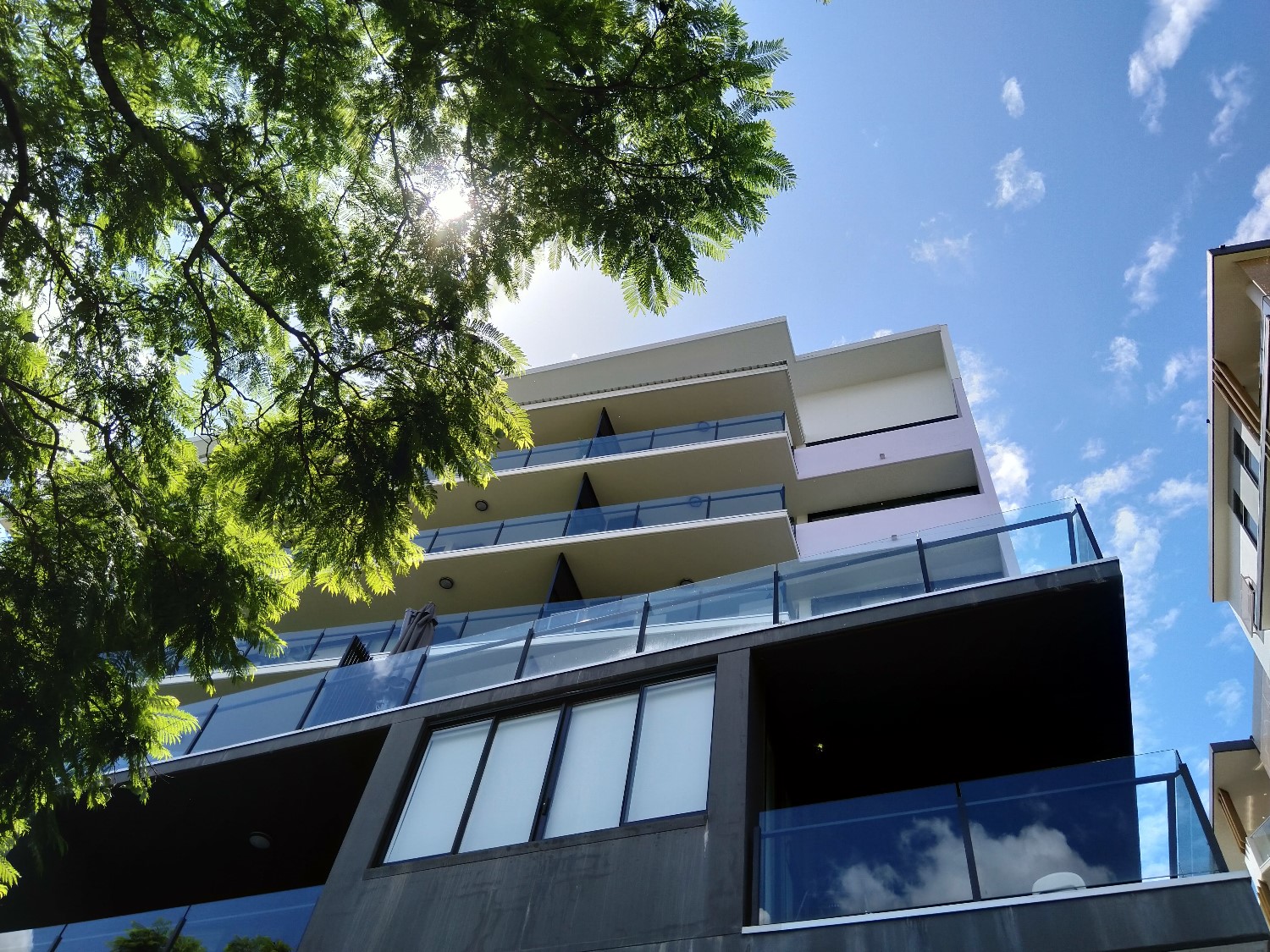