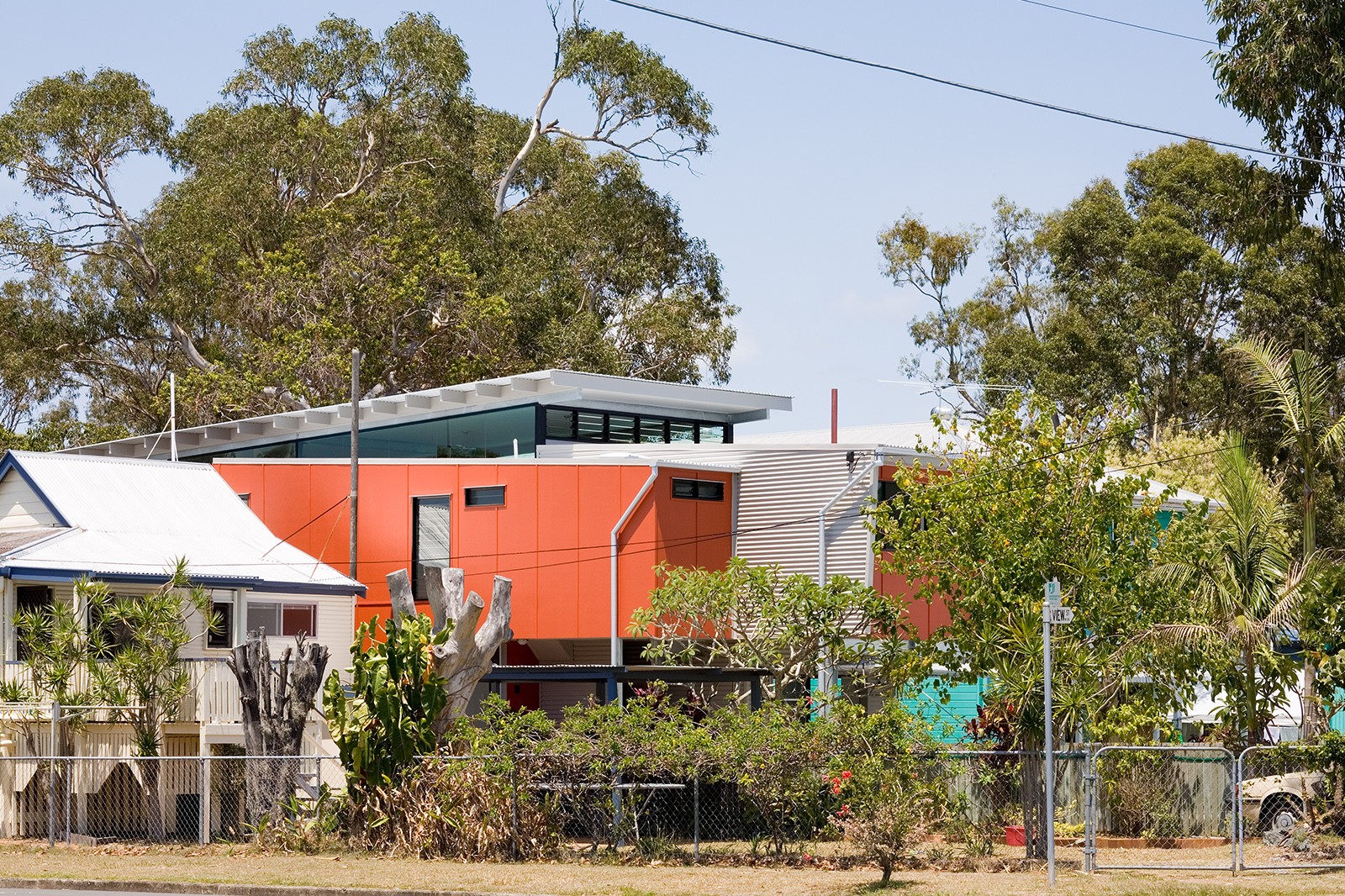 The Moritz Residence has been constructed on a small, narrow site on the southern end of the Redcliffe peninsula, known as Woody Point. The site borders parkland to the south, which fronts Moreton Bay. There are views across the bay and beyond to Brisbane. The building is comprised of three elements: an exposed steel framed carport, a fibre cement clad box and a metal clad extrusion. Each element is separated and clearly expressed.

All major rooms are housed within the 2 storey metal clad extrusion which runs north-south. Living spaces and the main bedroom are on the upper level, whilst the lower level houses a second bedroom, utility room, laundry and workshop. A deck is cantilevered off the southern end of the house. The roof is cranked up to allow northern sun and breezes into the southern end of the floor plan. The simple form of the extrusion hops over the carport. Large portal frames hold a thin roof which provides cover to the car spaces. The roof is made of polycarbonate sheeting and is slung below the main structure.

Entry to the house is on the eastern side of the house where the fibre cement box is attached to the side of the extrusion. The box contains a set of stairs, storage areas on both levels and wet areas for the upper level. This residence is the result of a simple planning strategy and form-making. It takes cues from the strong, legible forms of the surrounding built environment. It is an object-like building, which is part of an open system: the landscape runs freely around it and it allows views through the site from the street to the park and bay. 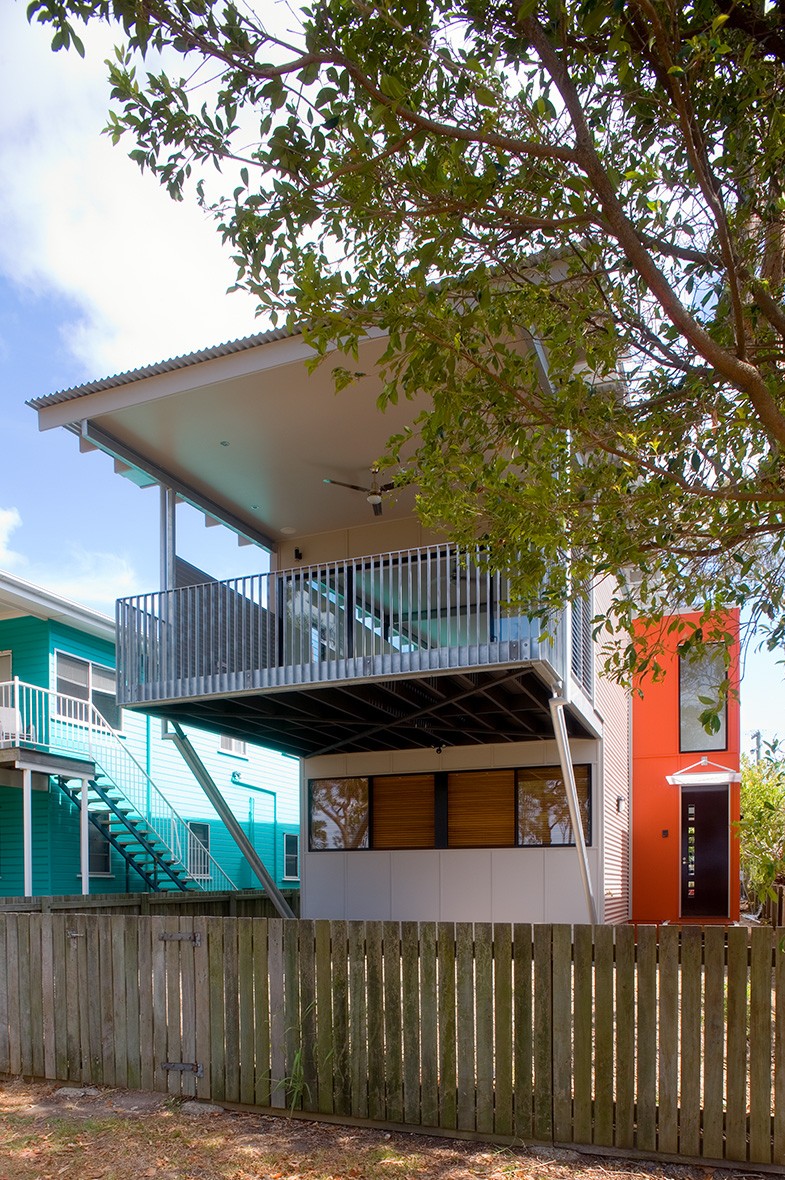 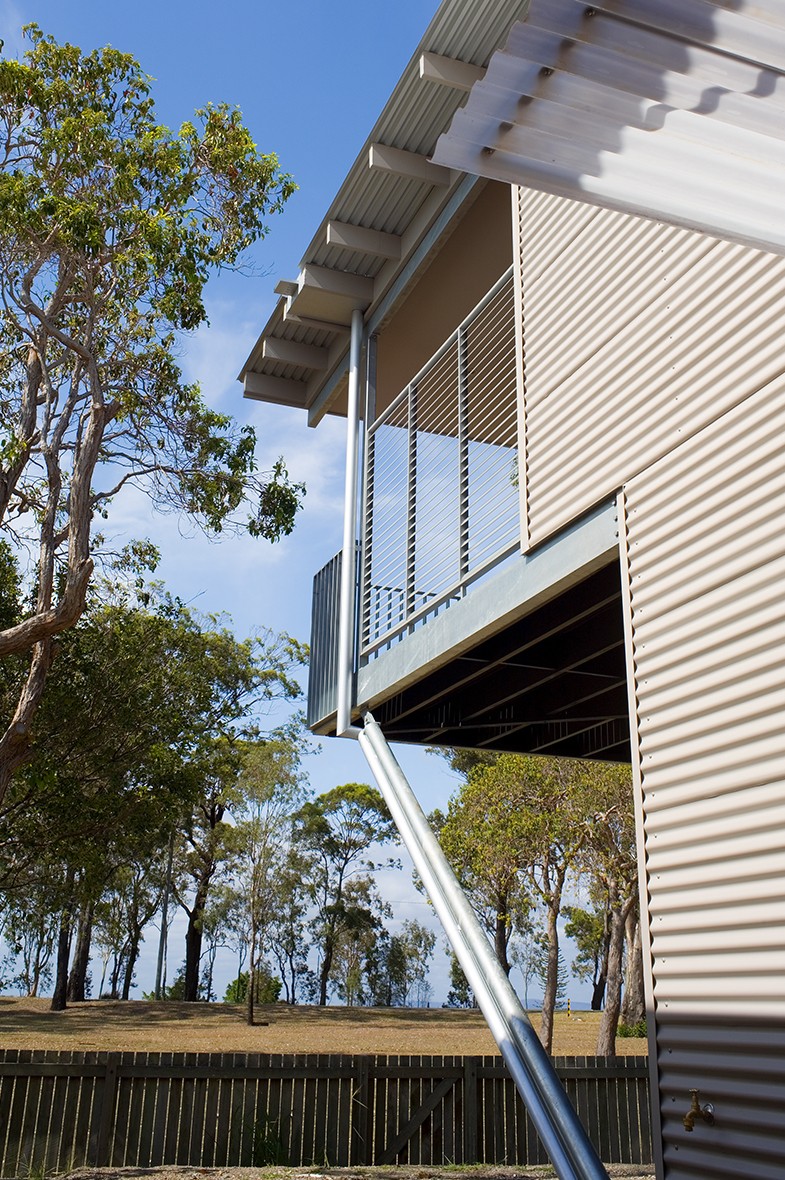 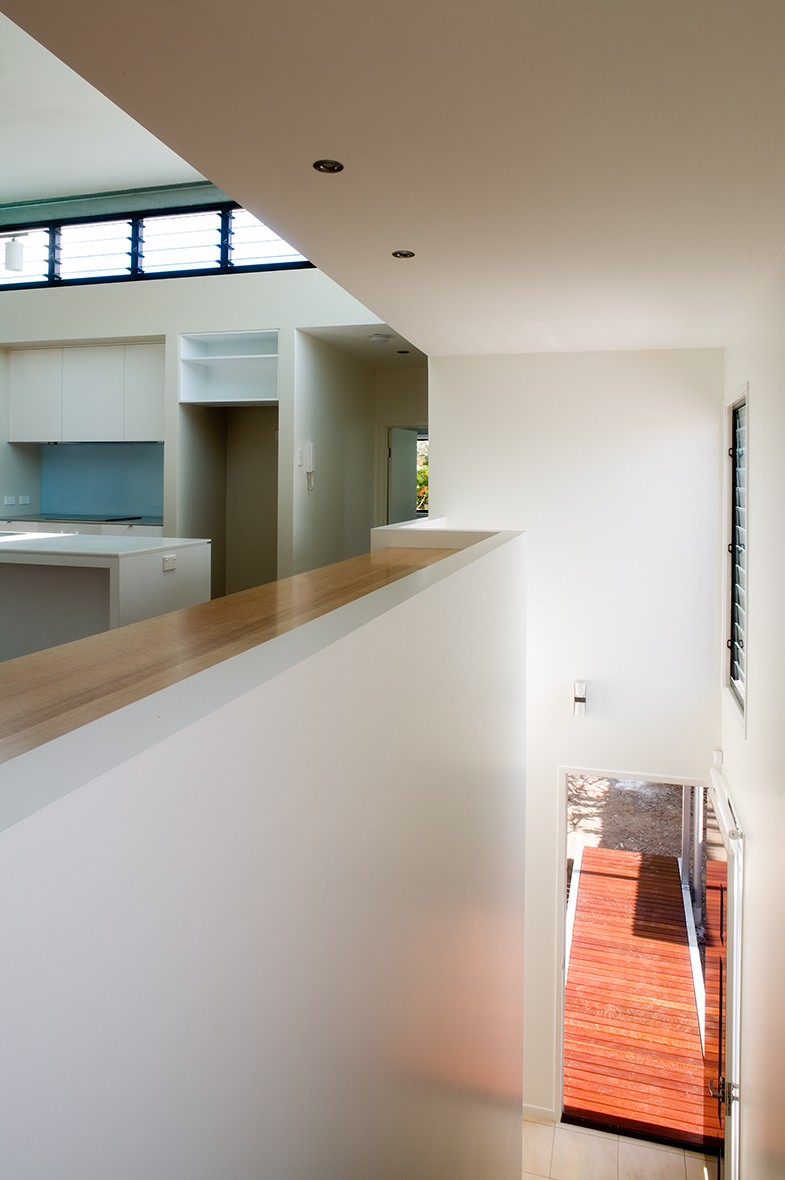 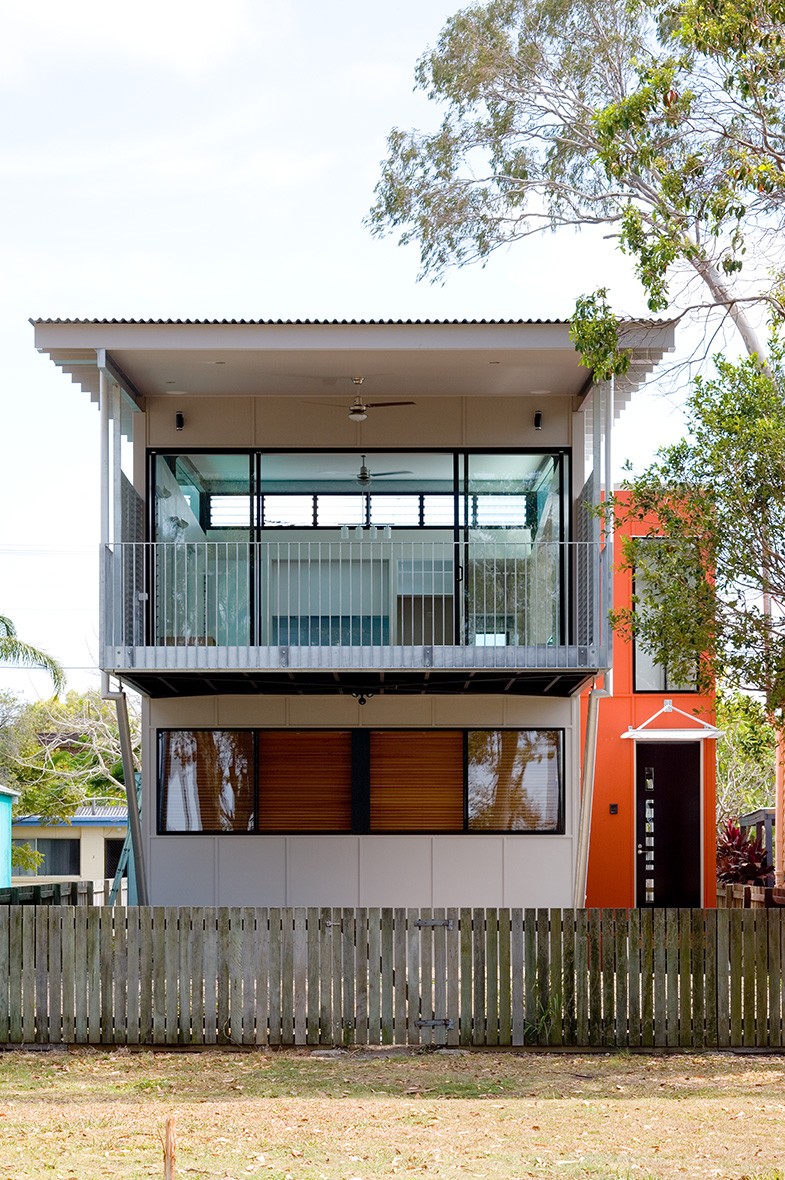 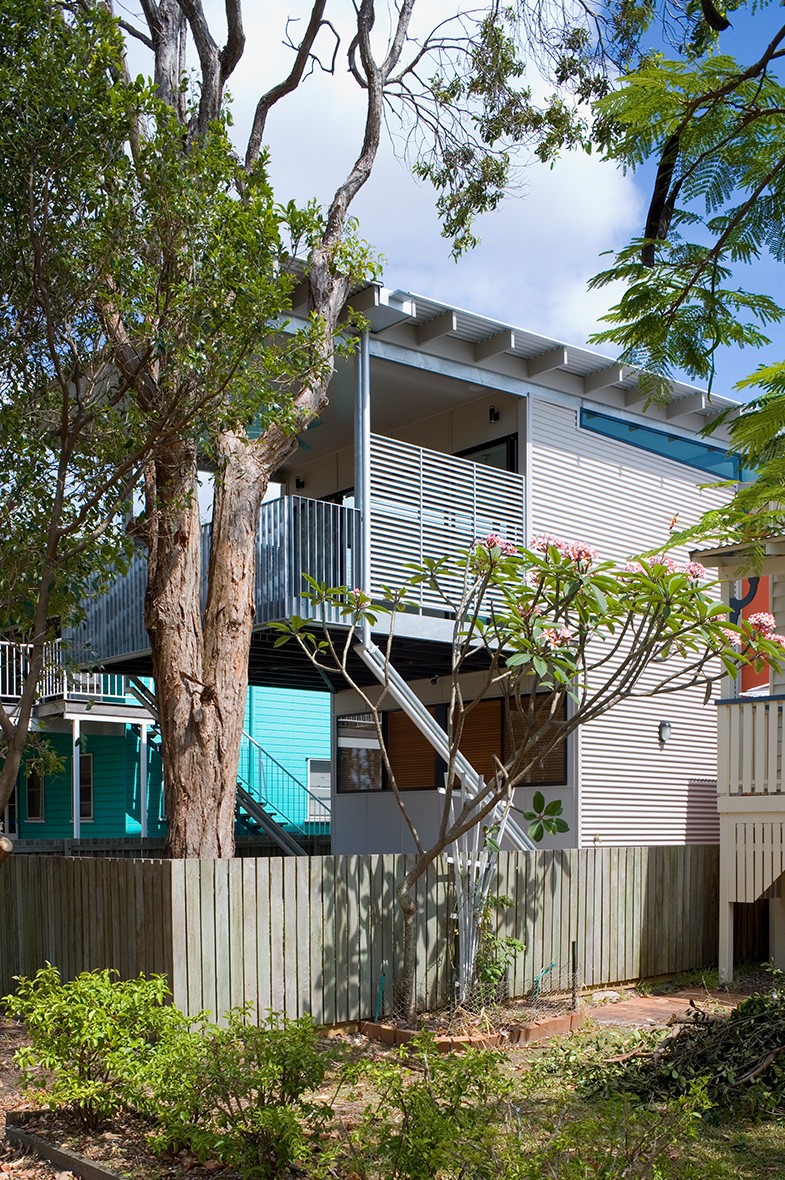 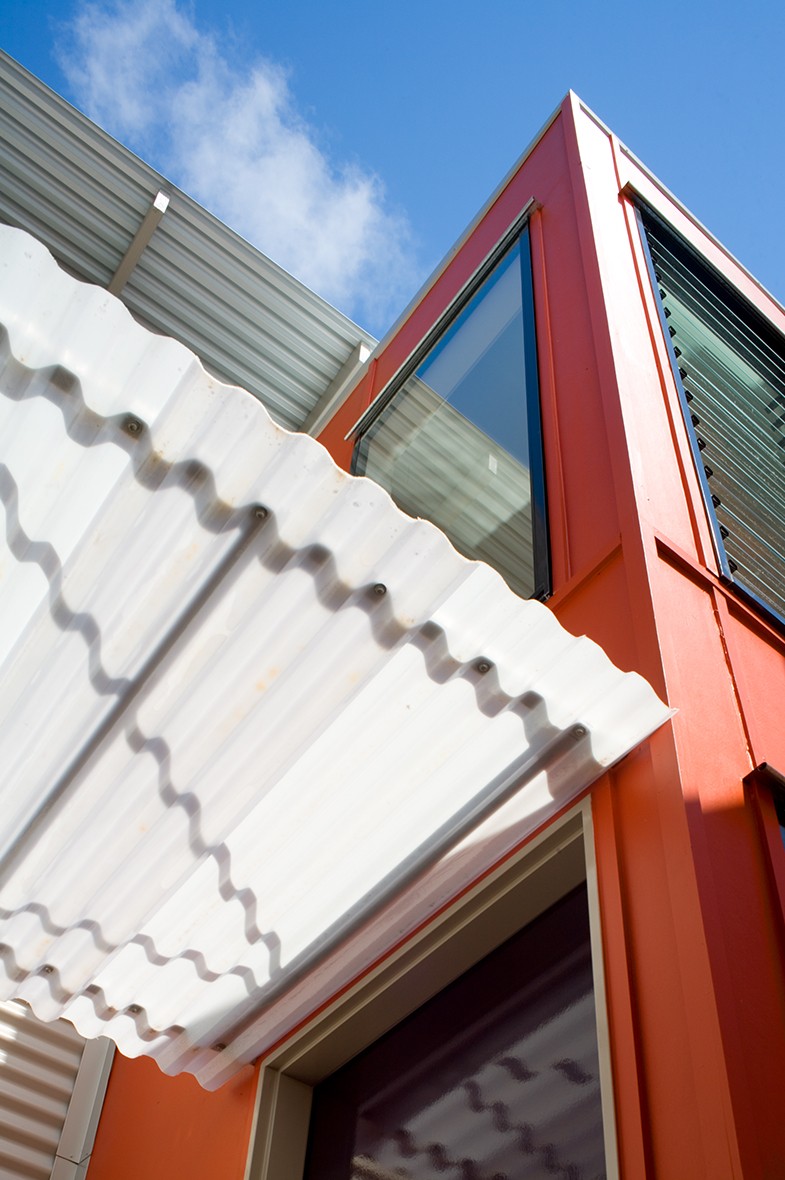 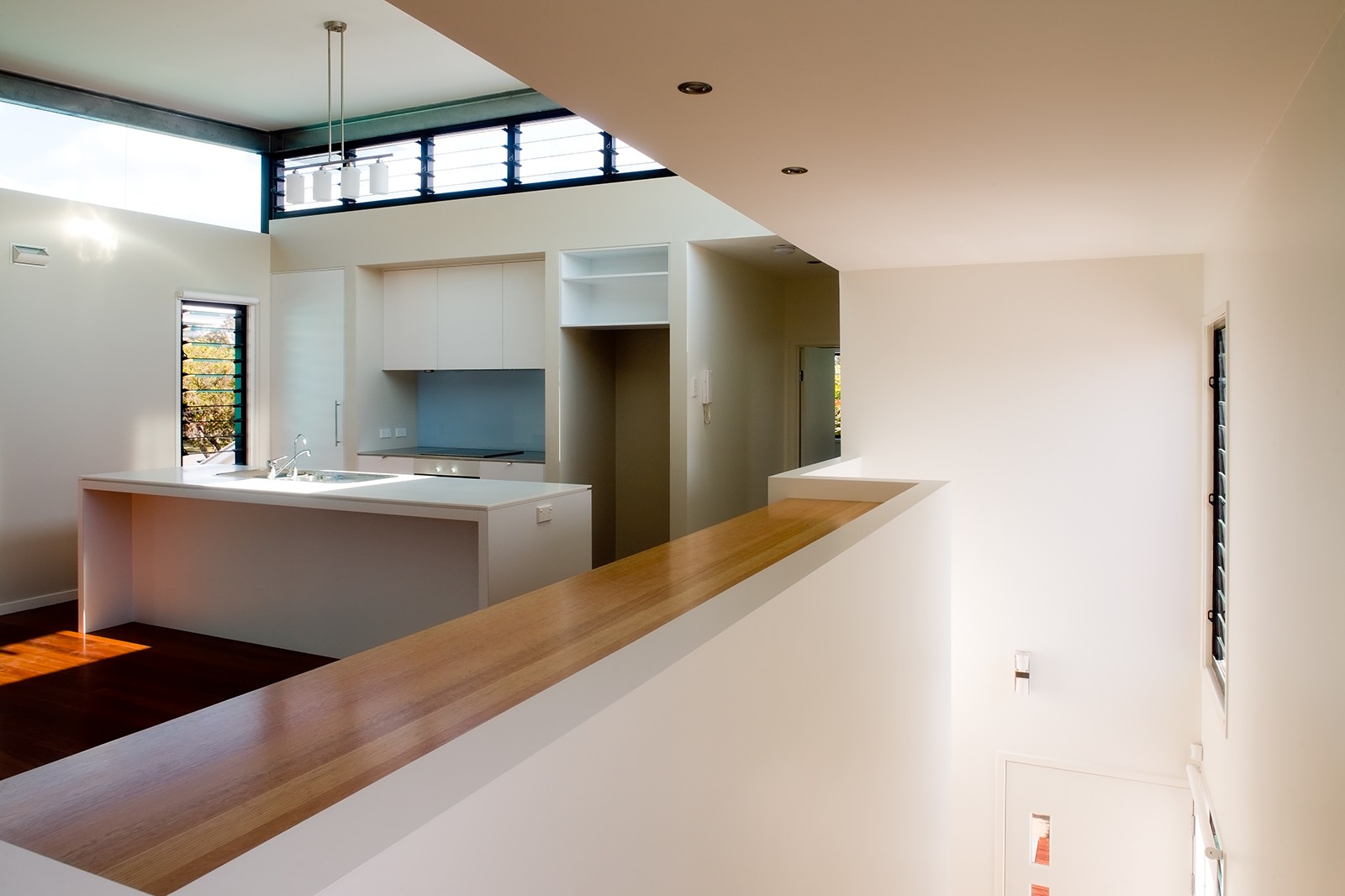