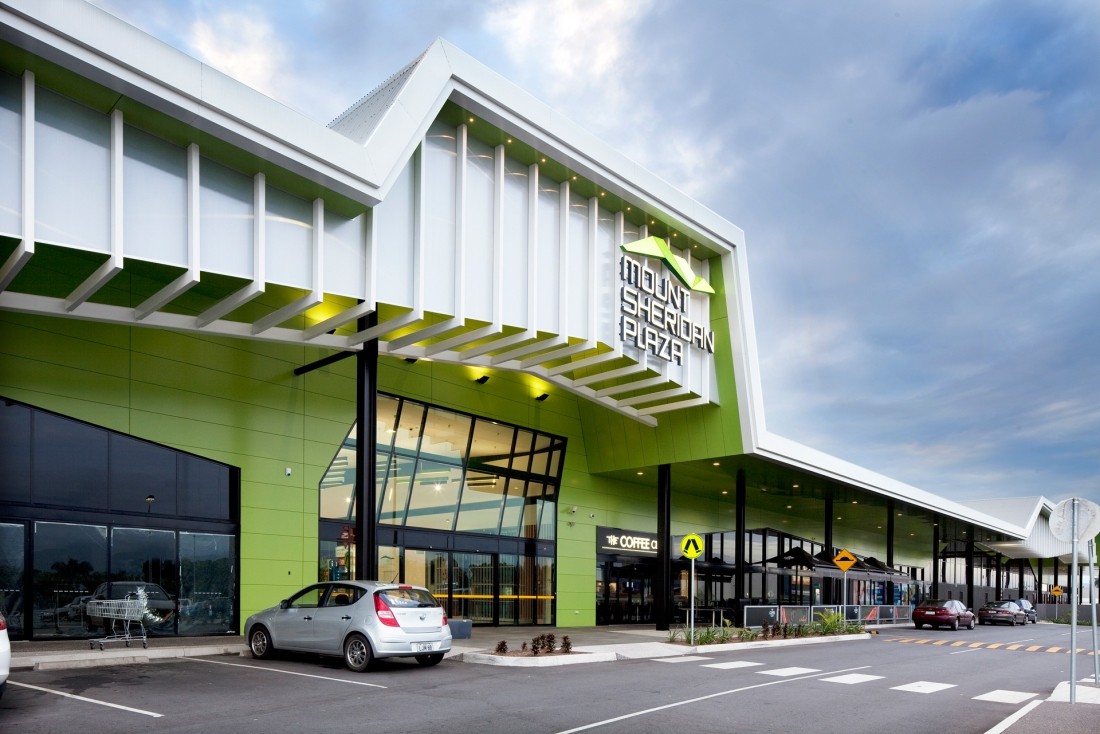 This significant extension to an existing shopping centre includes three new entries, two major retailers, food court, a new mall and speciality tenancies. Mt Sheridan Plaza is located between a major highway and a suburban context with a vegetated mountain backdrop. The design acknowledges these different contextual scenarios whilst generating a singular expression and aesthetic continuity throughout.

A key element to achieving this is the use of the coloured ‘ribbon’ motif which reoccurs at different scales and guises within the entry features, awnings, bus stops, floor finishes, signage and proposals for mall and street furniture. Formally these ribbons reference the landscape. In colour they take cues from the roadside context, and adapting a contextualised highway signage. These ‘follies’ are a key element in defining a wayfinding process and have been inserted strategically throughout the centre. They appear more dominantly in areas of social interaction and collectively suggest a branding strategy for the centre.

Elsewhere (both internally and externally) the scheme is defined by a robust but refined palette of charcoal, grey and white which acts as a backdrop to the expression of individual tenants rather than in competition. Within this palette an alternative wayfinding hierarchy is also apparent with different shades used to define pedestrian and non-pedestrian zones. The typical tilt panel construction is expressed honestly and ‘tacked on’ decorative additions have been avoided. There has been a conscious attempt to integrate the internal and external environs through the use of robust finishes, such as natural bluestone. 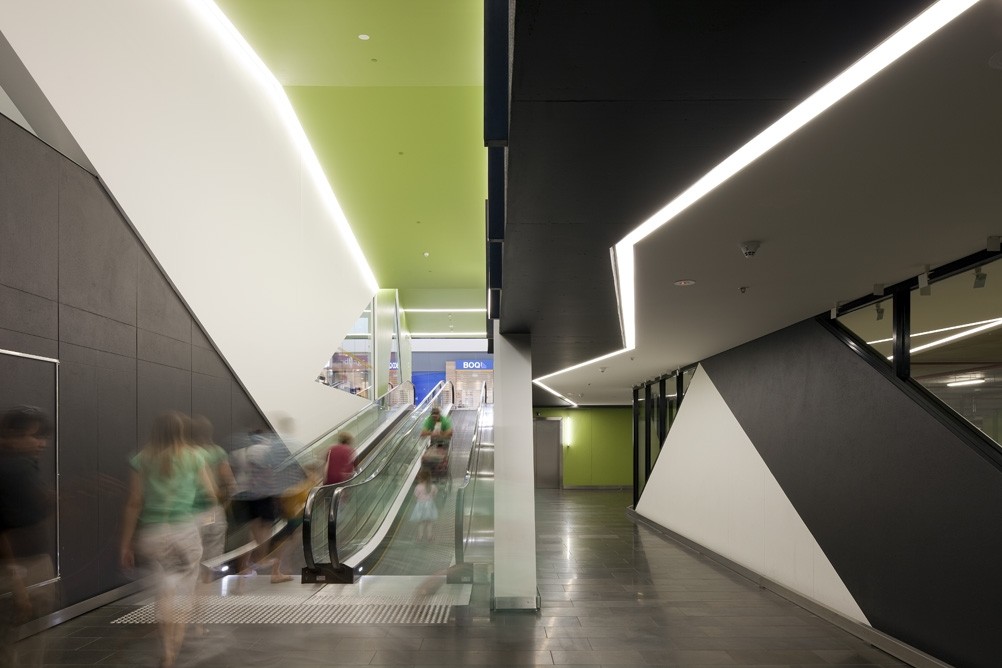 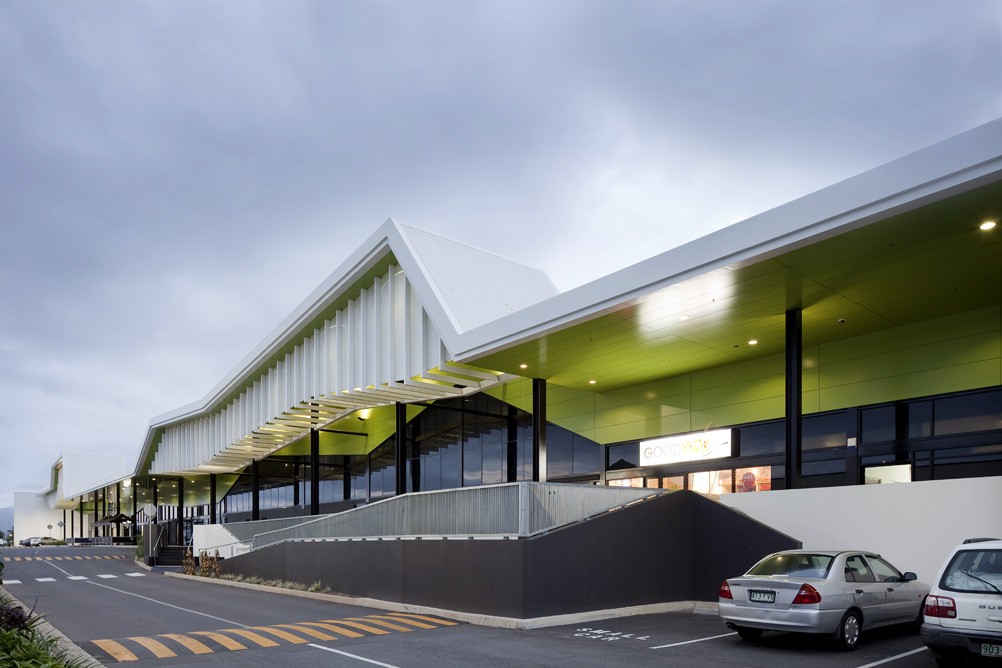 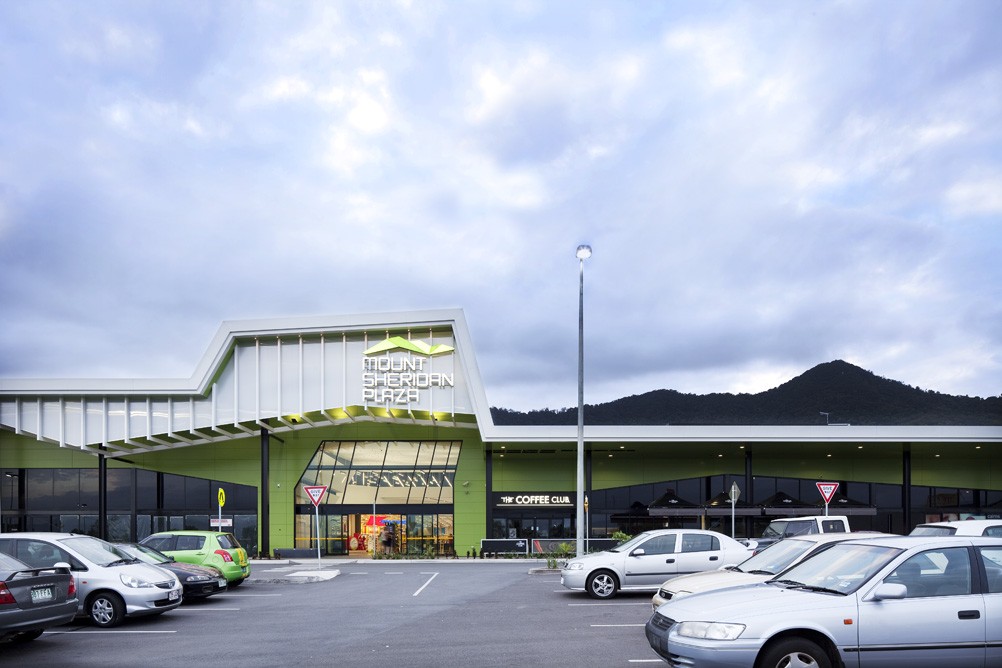 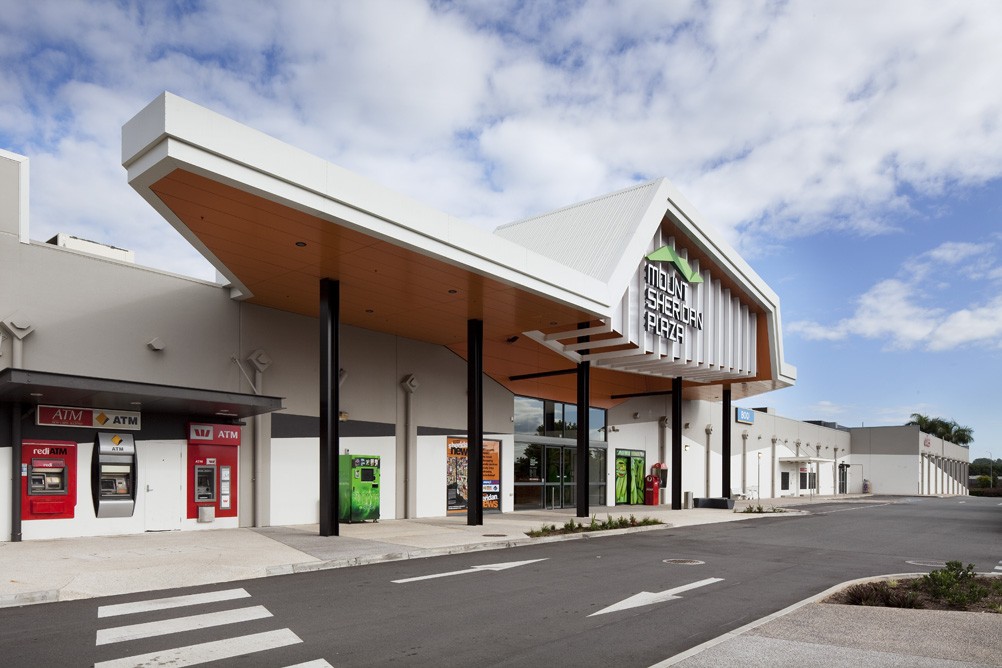 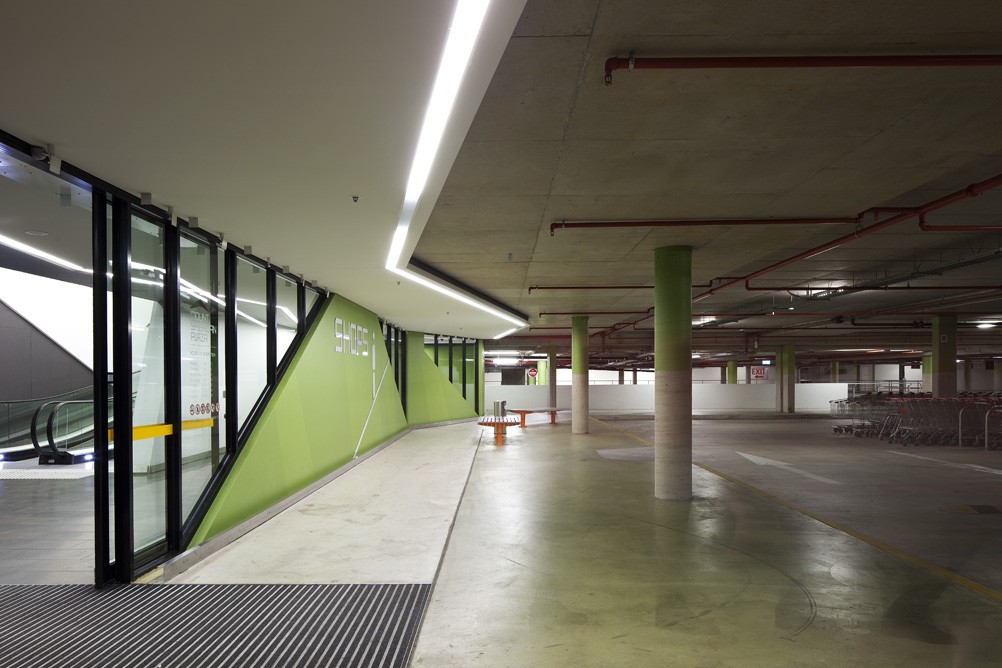 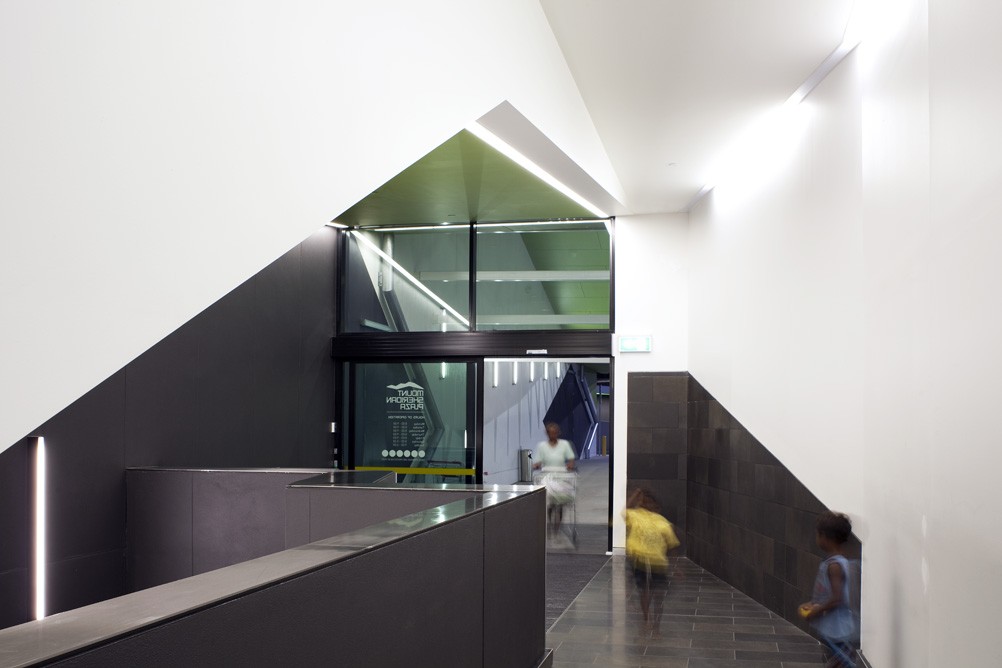 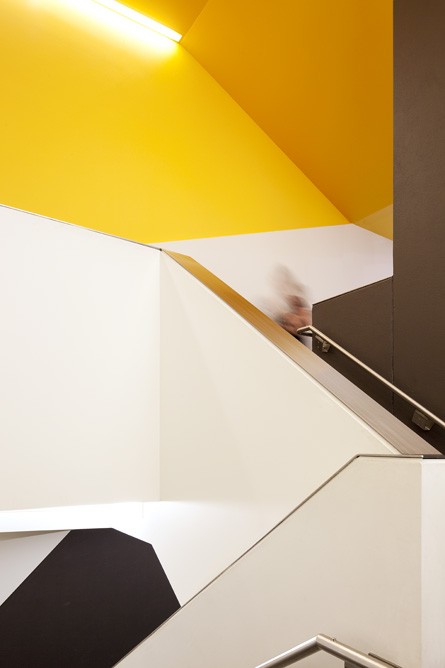 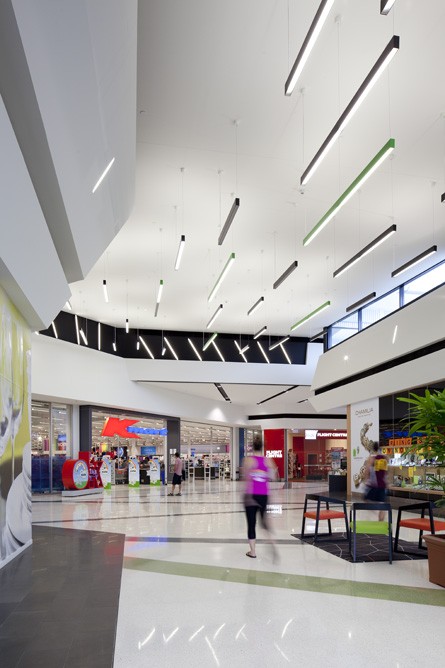