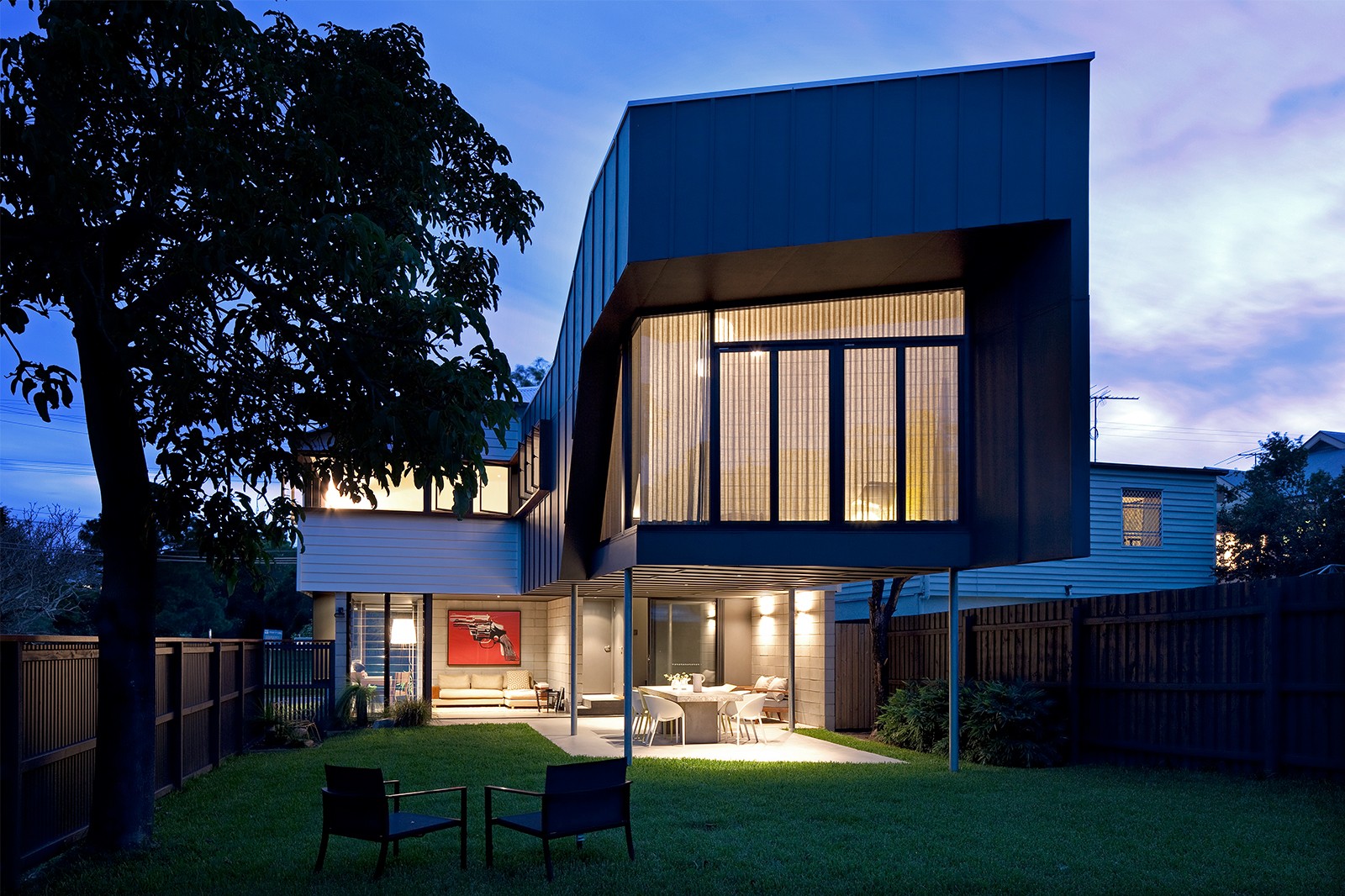 This Brisbane residential project emerged from the optimistic approach of a young couple whose Fairfield home was severely damaged in the 2011 Queensland Floods. The owners were determined to find a greater opportunity in the renovation process than a generic raise and restore approach would afford them.

The scheme provides a revised arrival and circulation sequence; which in turn generates a clear public and private logic for the new home. The raised under-croft space becomes a robust masonry plinth to the upper living spaces. The initial intent to replicate the pre-existing deck was interpreted into the detail treatment of the upper level which disintegrates entirely above balustrade height on its north, east and southern perimeter. A linear working wall contains all the fixed joinery, plumbing and electrical services to this otherwise uninterrupted open platform. The rear addition to the building is orientated north-east, housing the master bedroom and framing the external terrace below. The extension references the existing roof form, yet remains a clear departure from the original mild-mannered workers cottage. 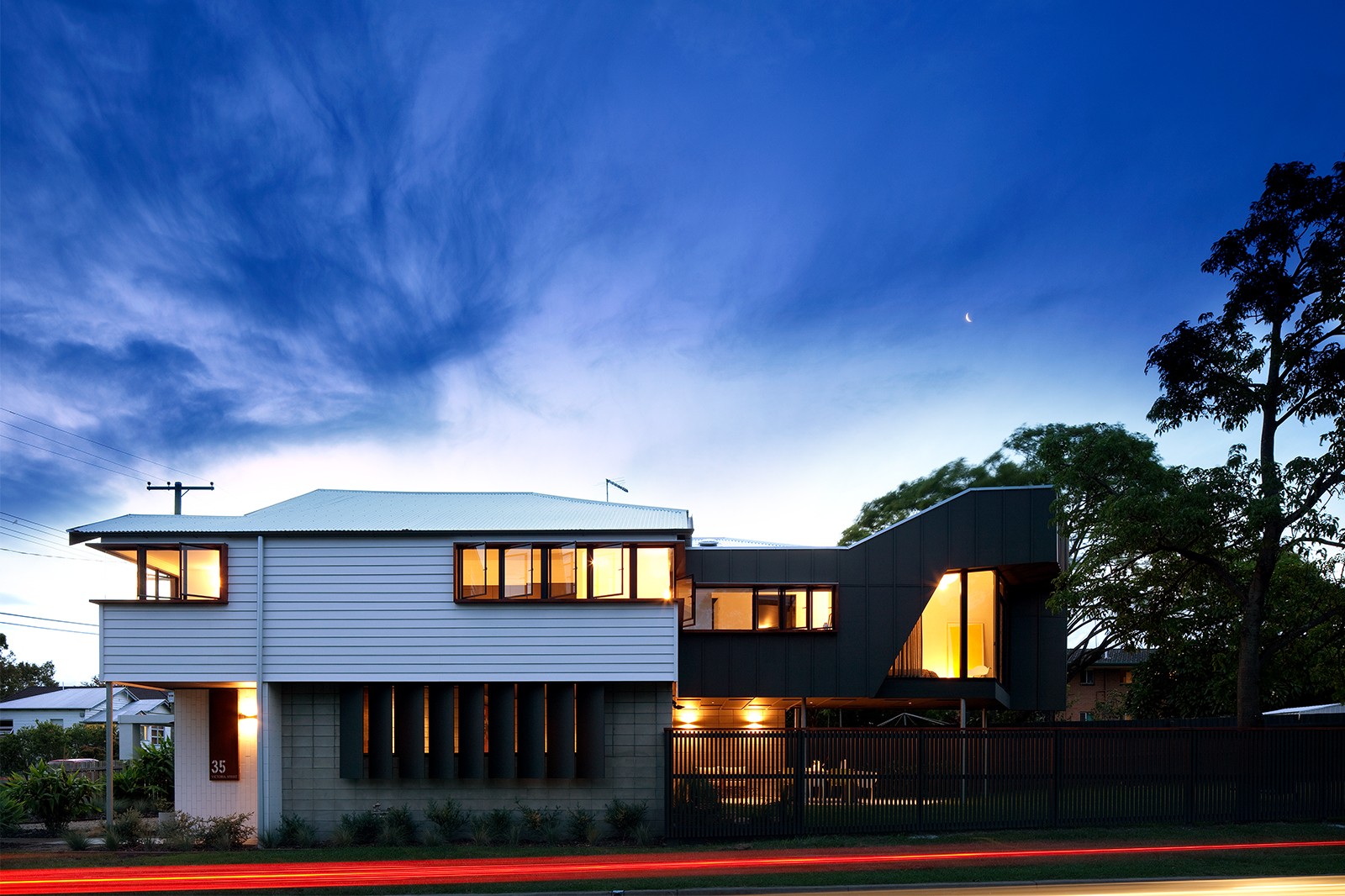 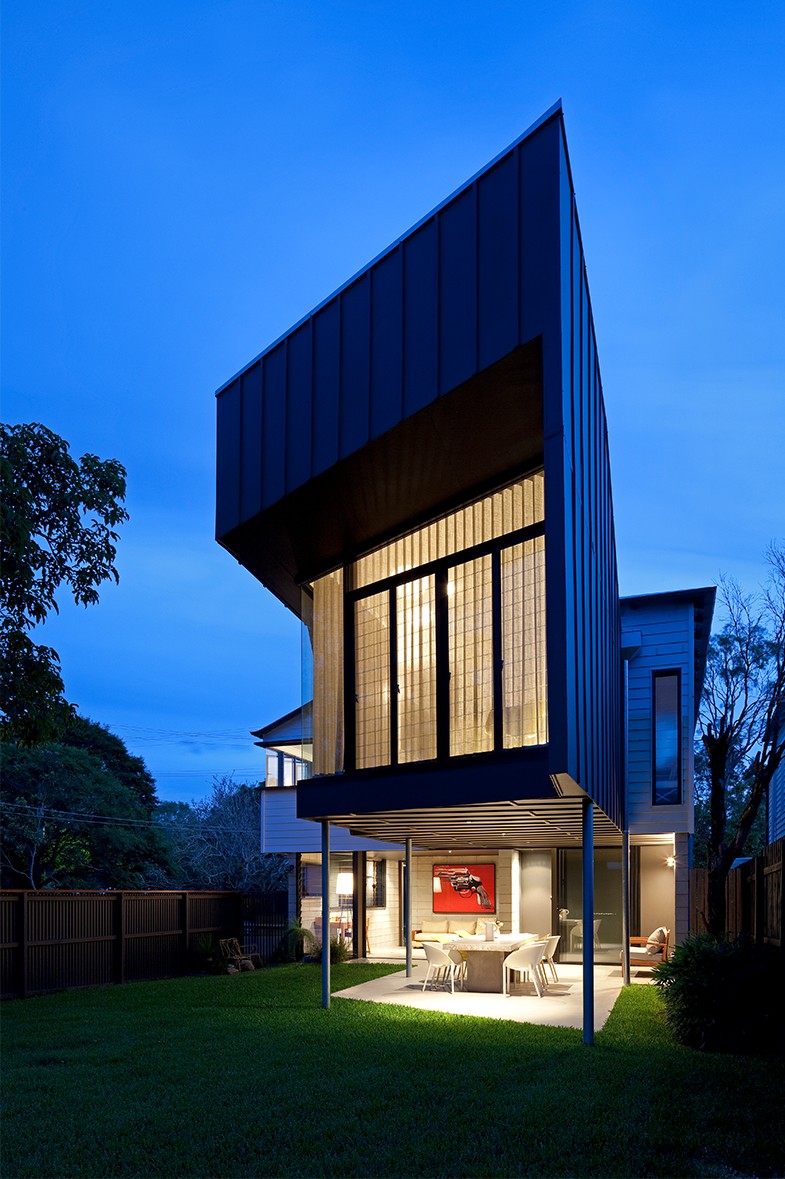 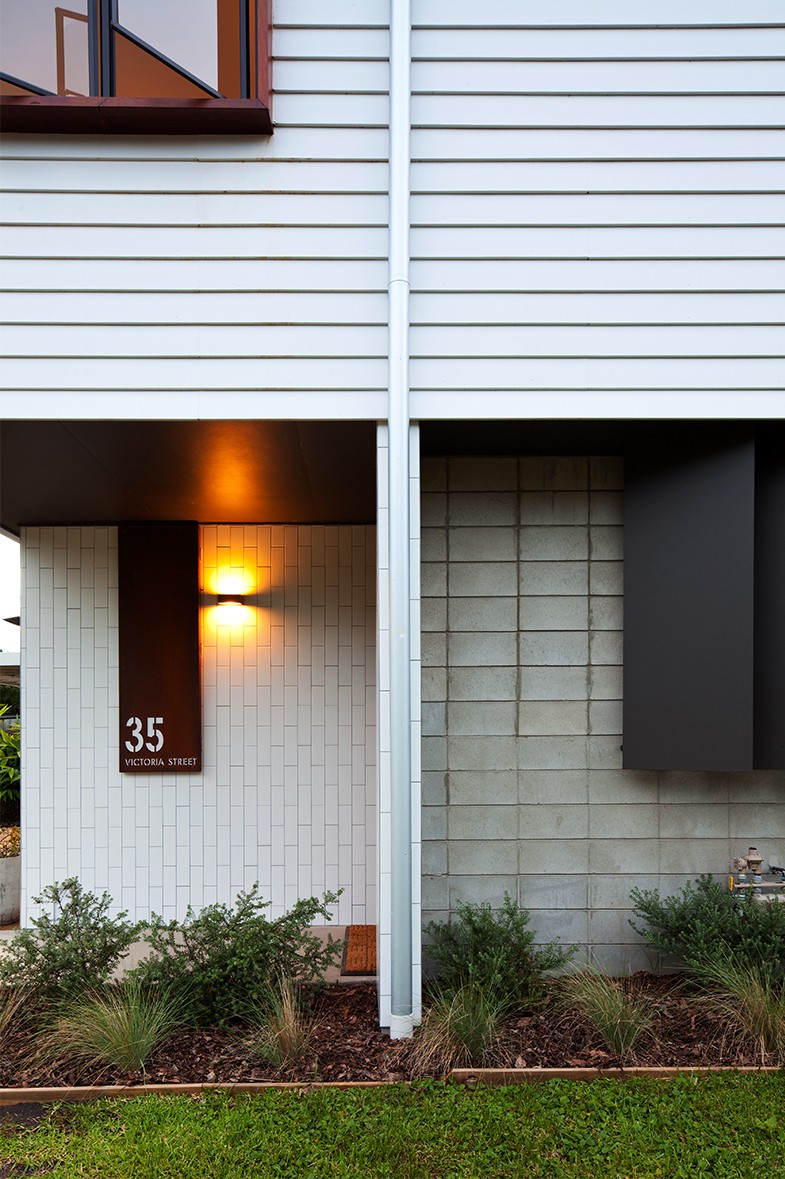 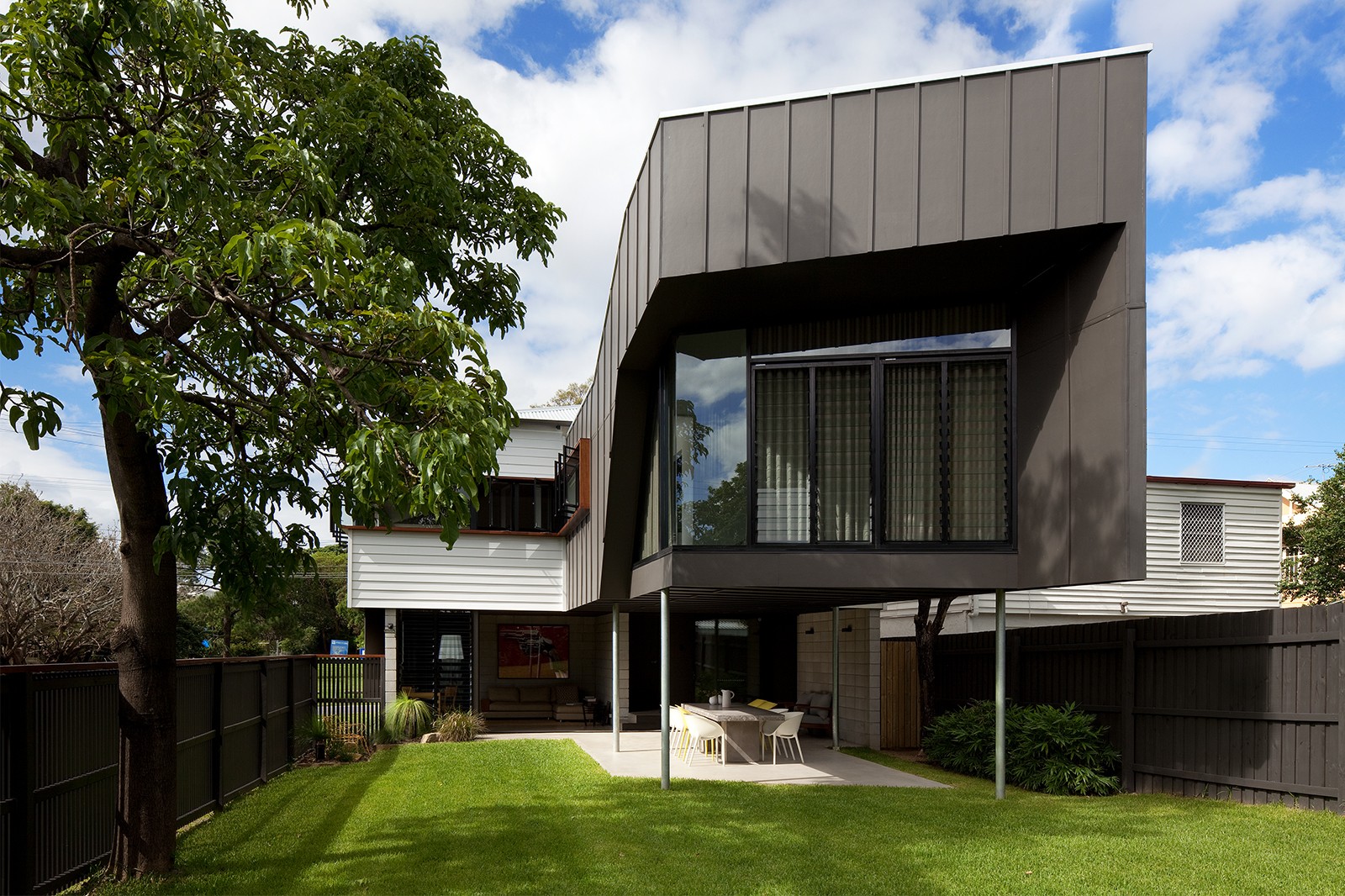 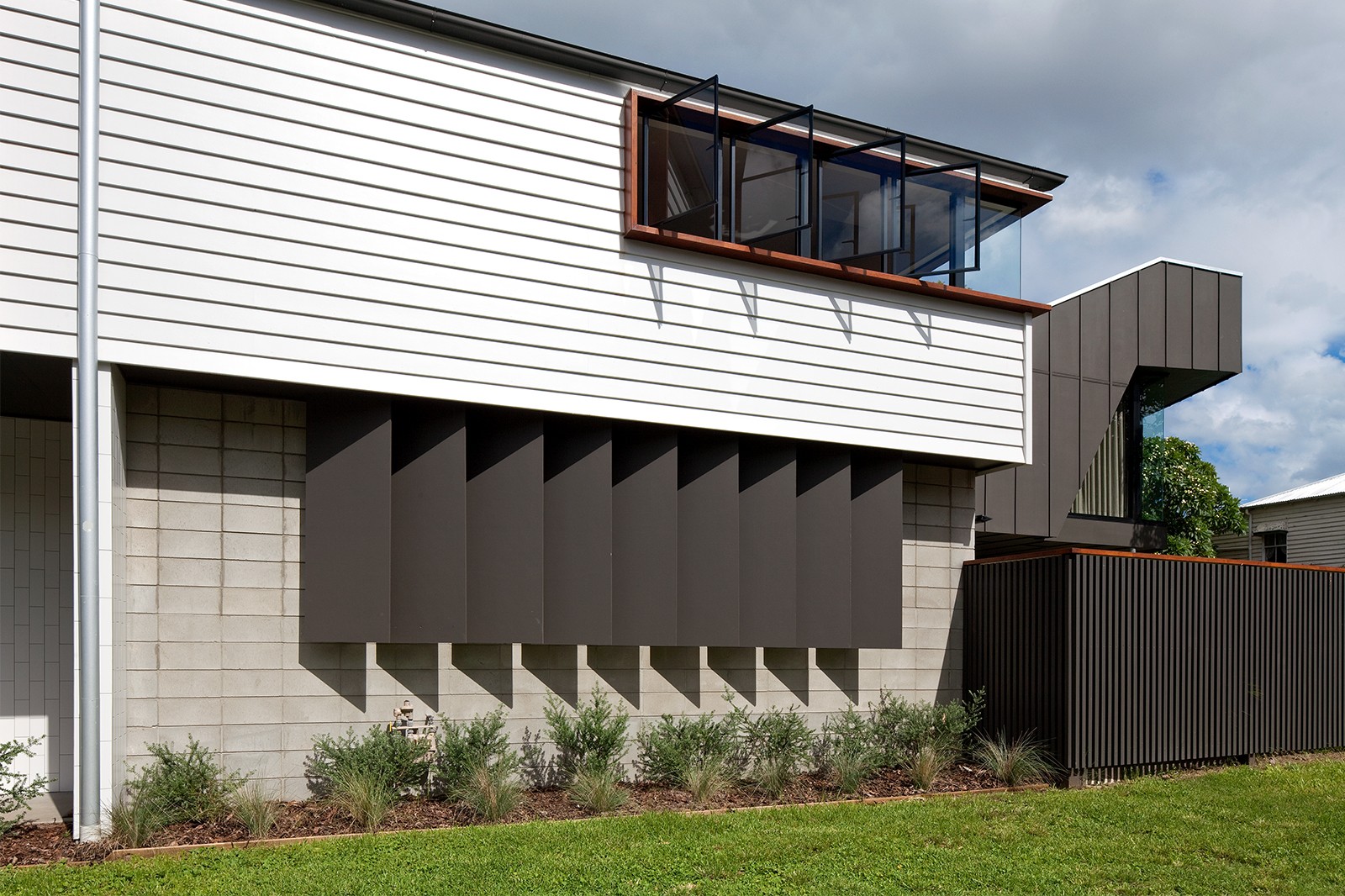 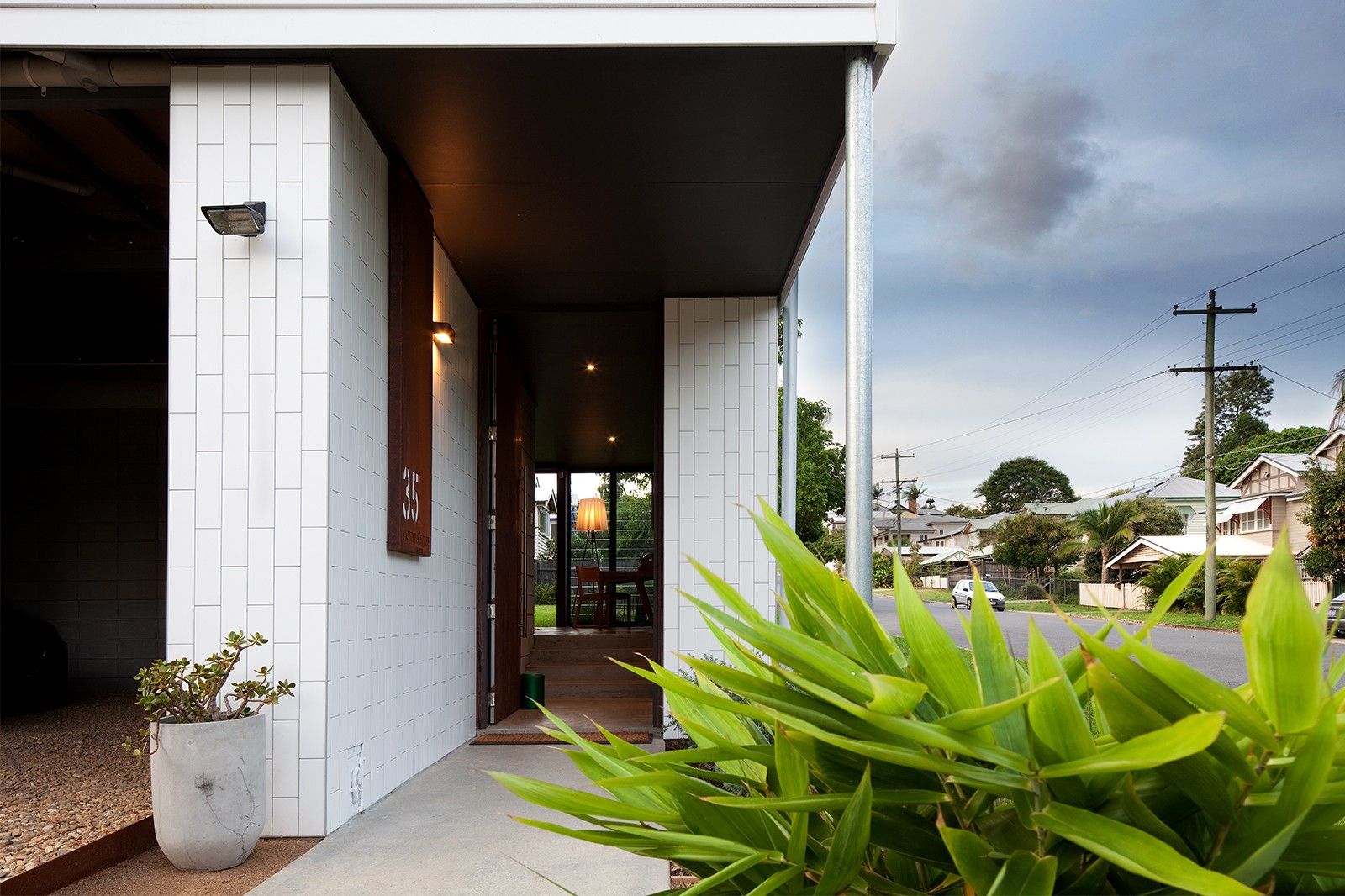 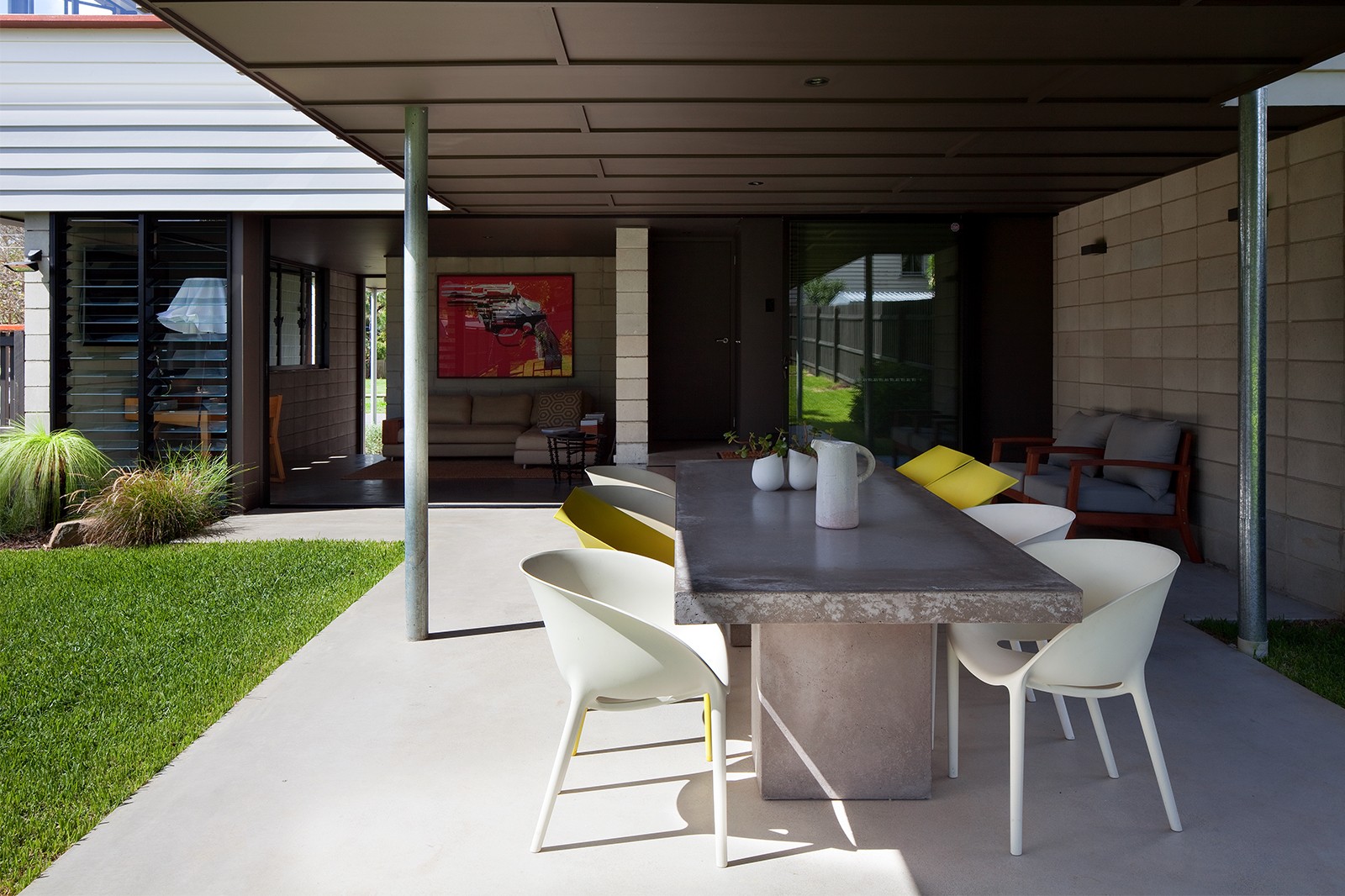 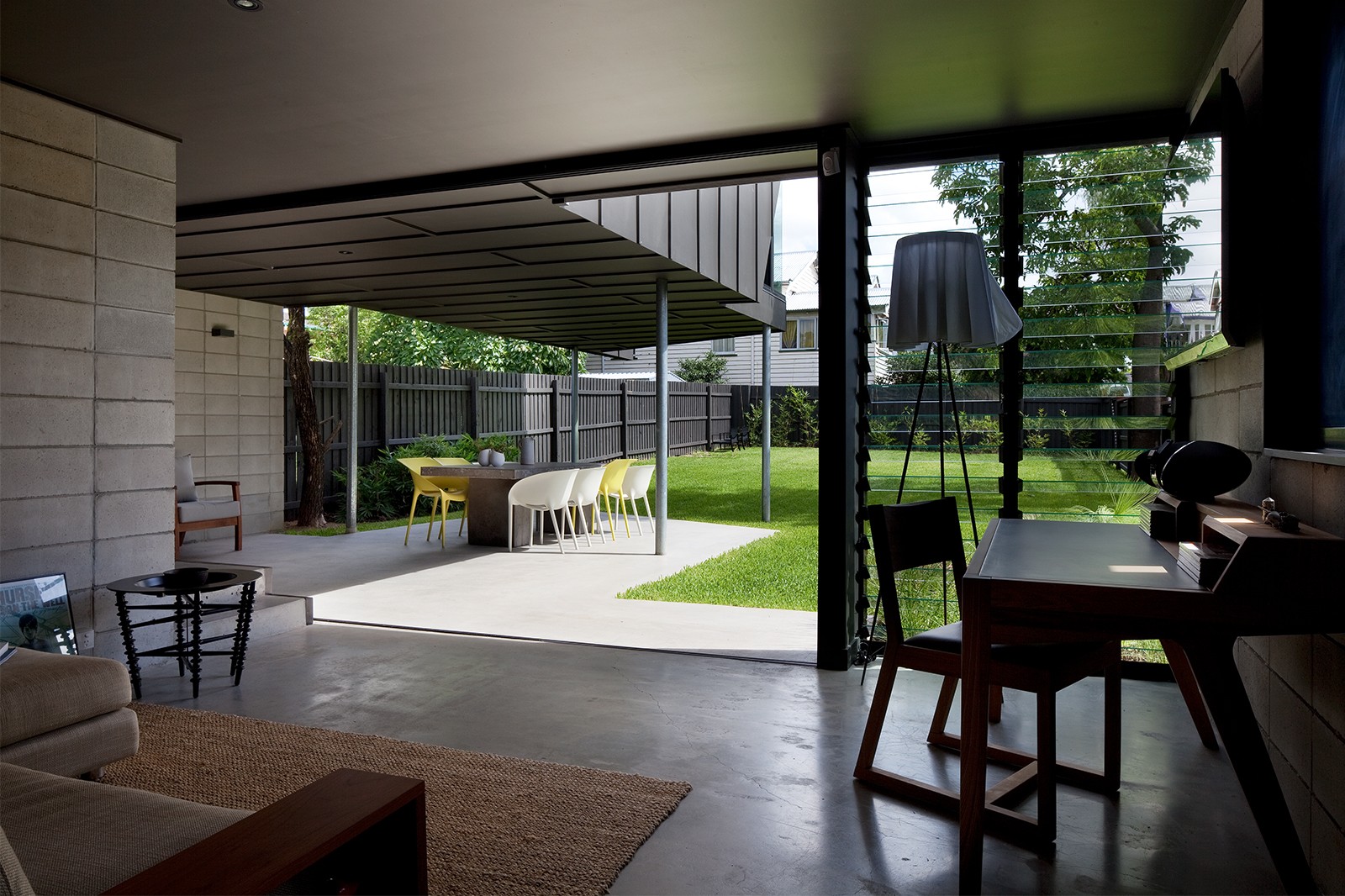 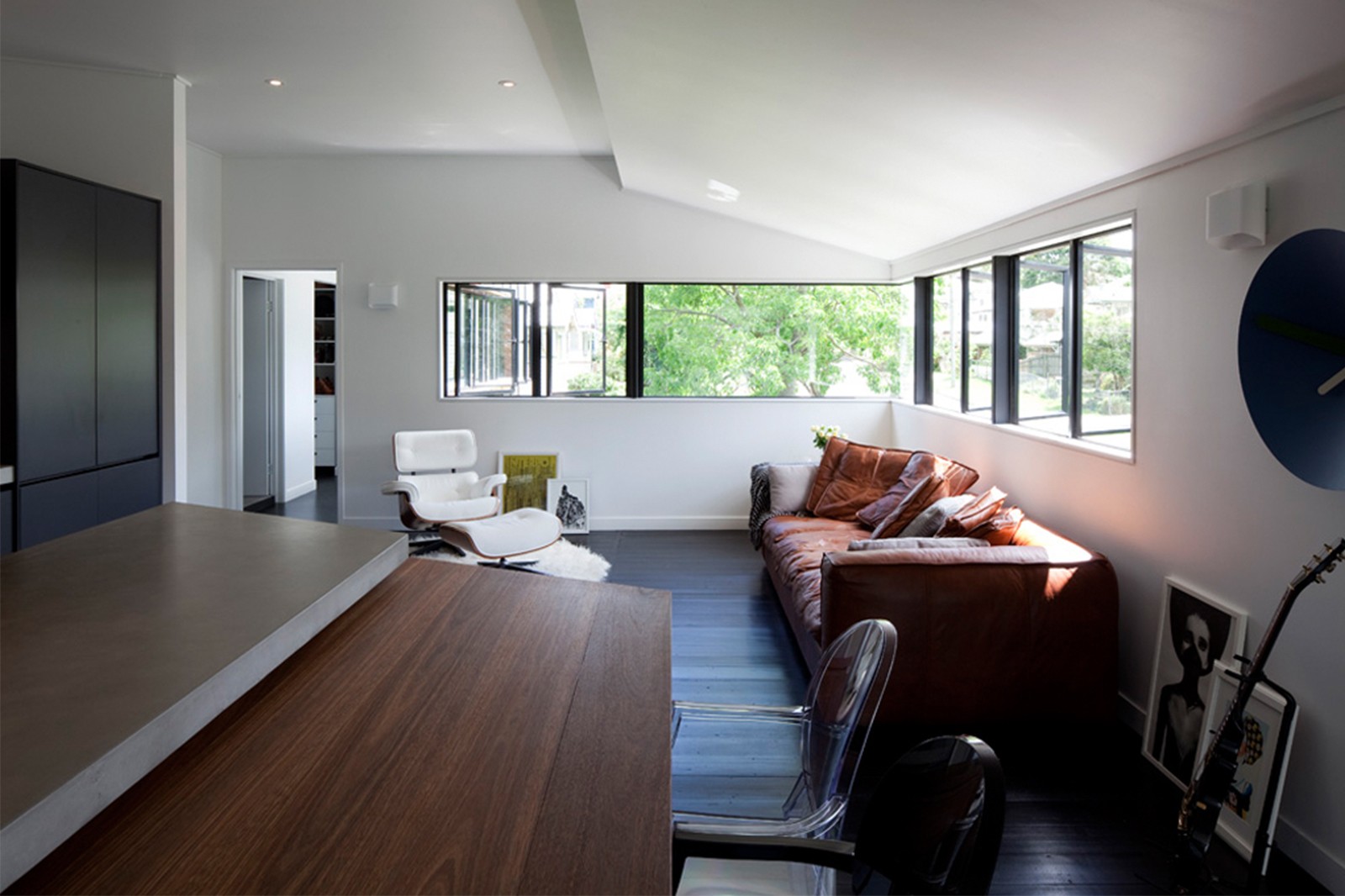 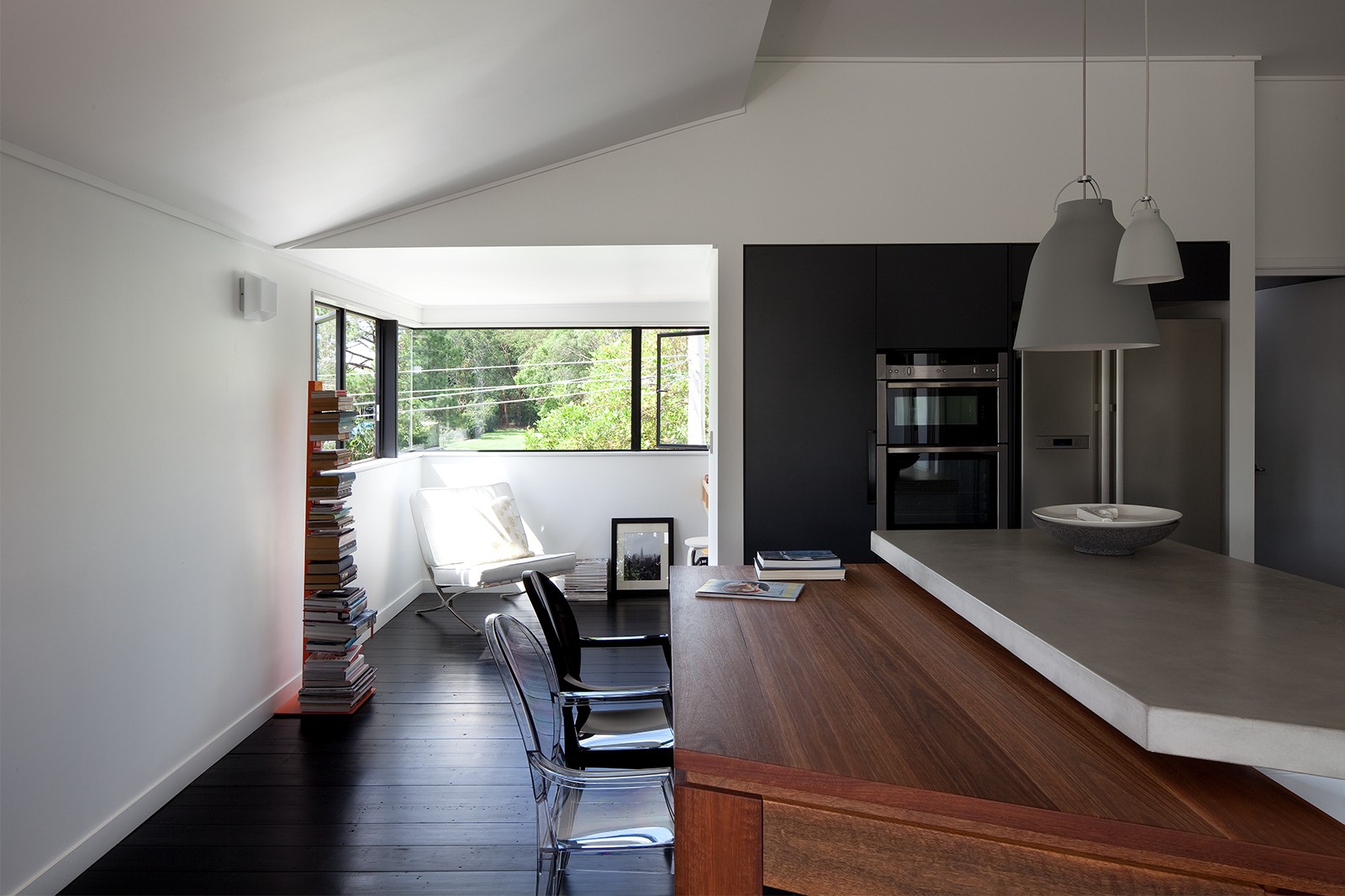 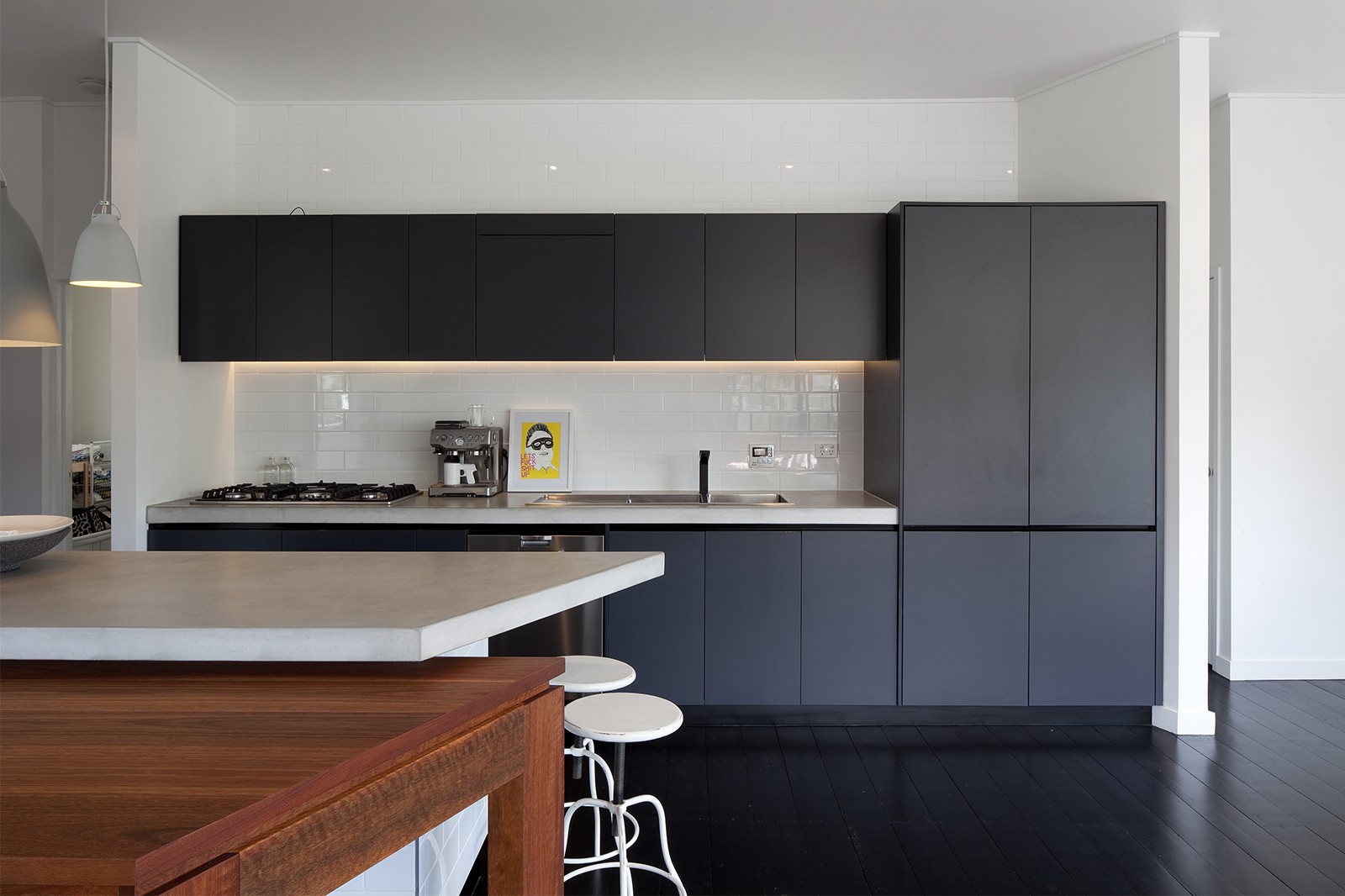 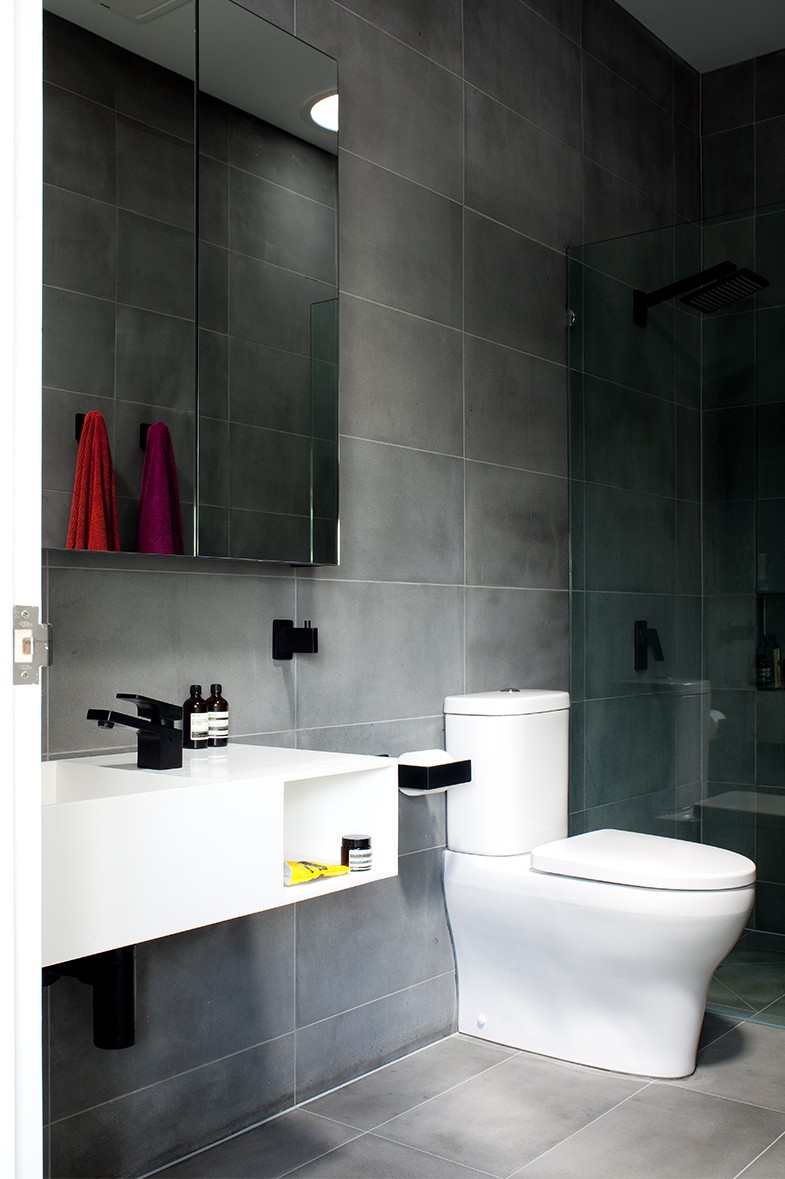 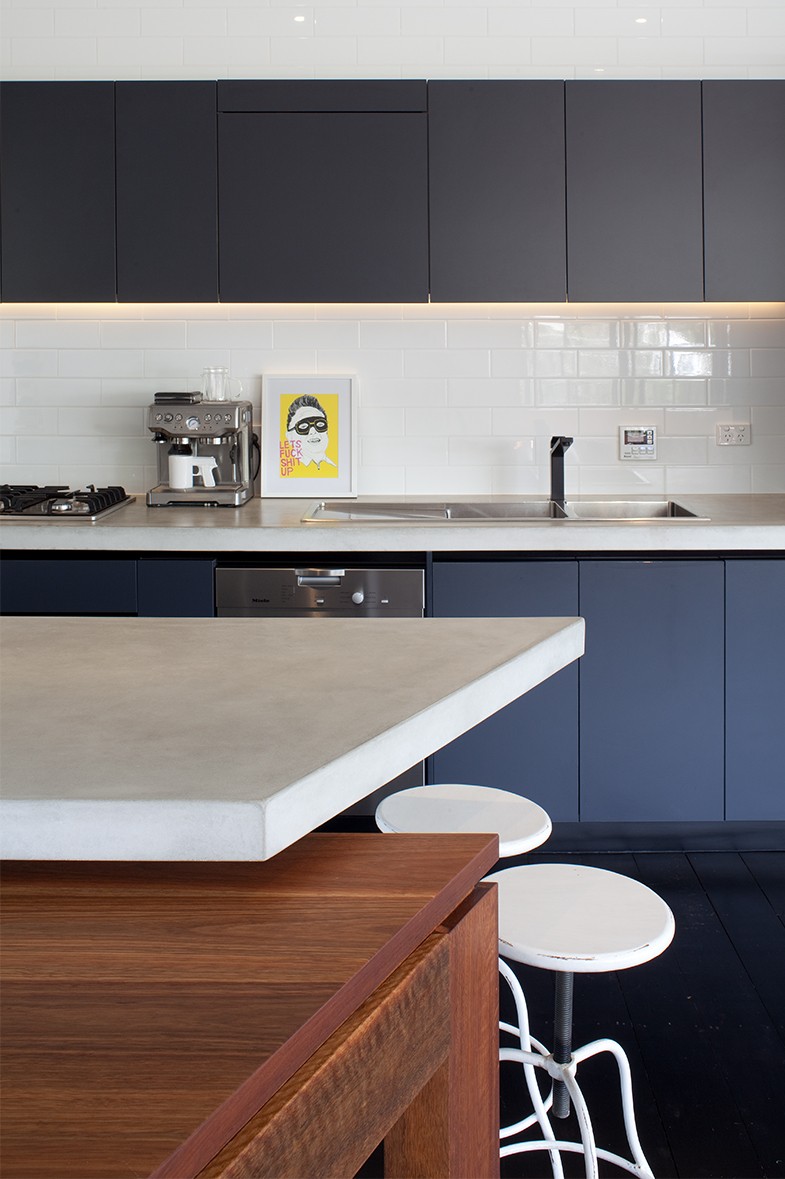 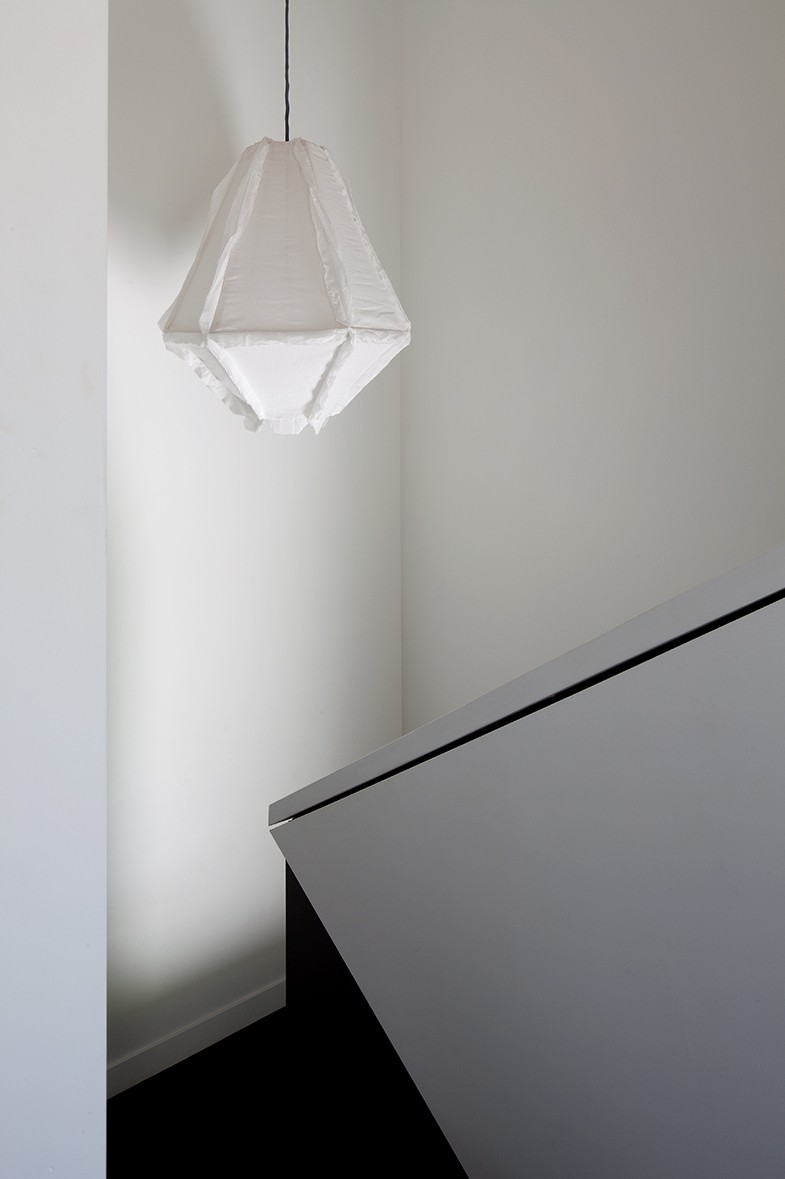 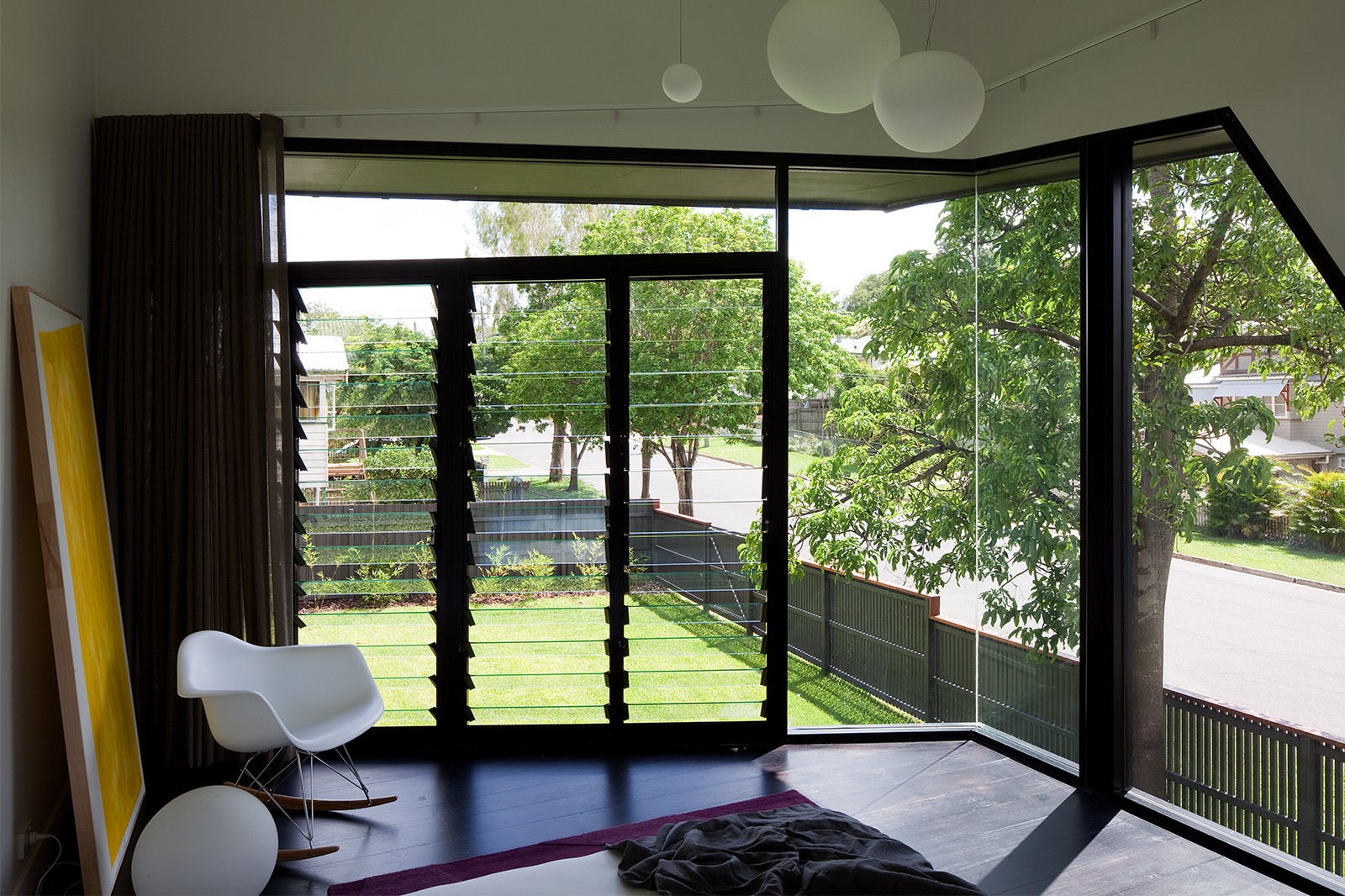 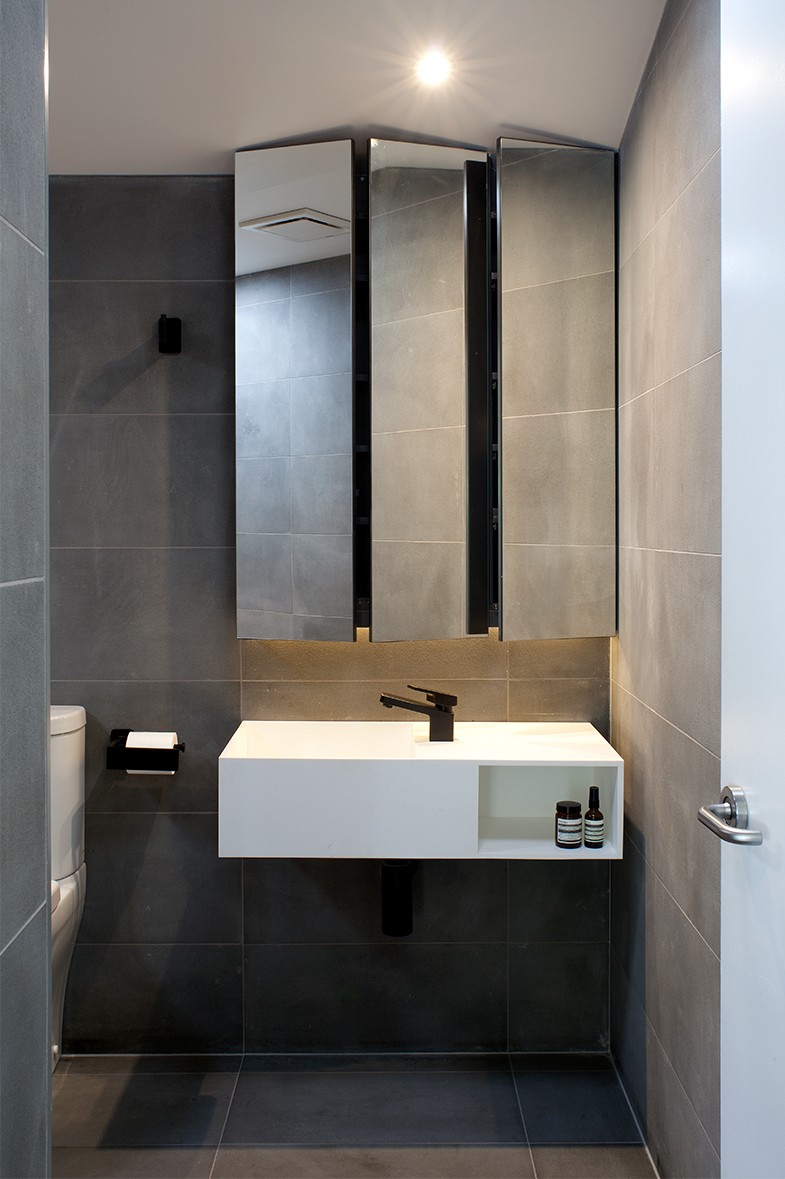