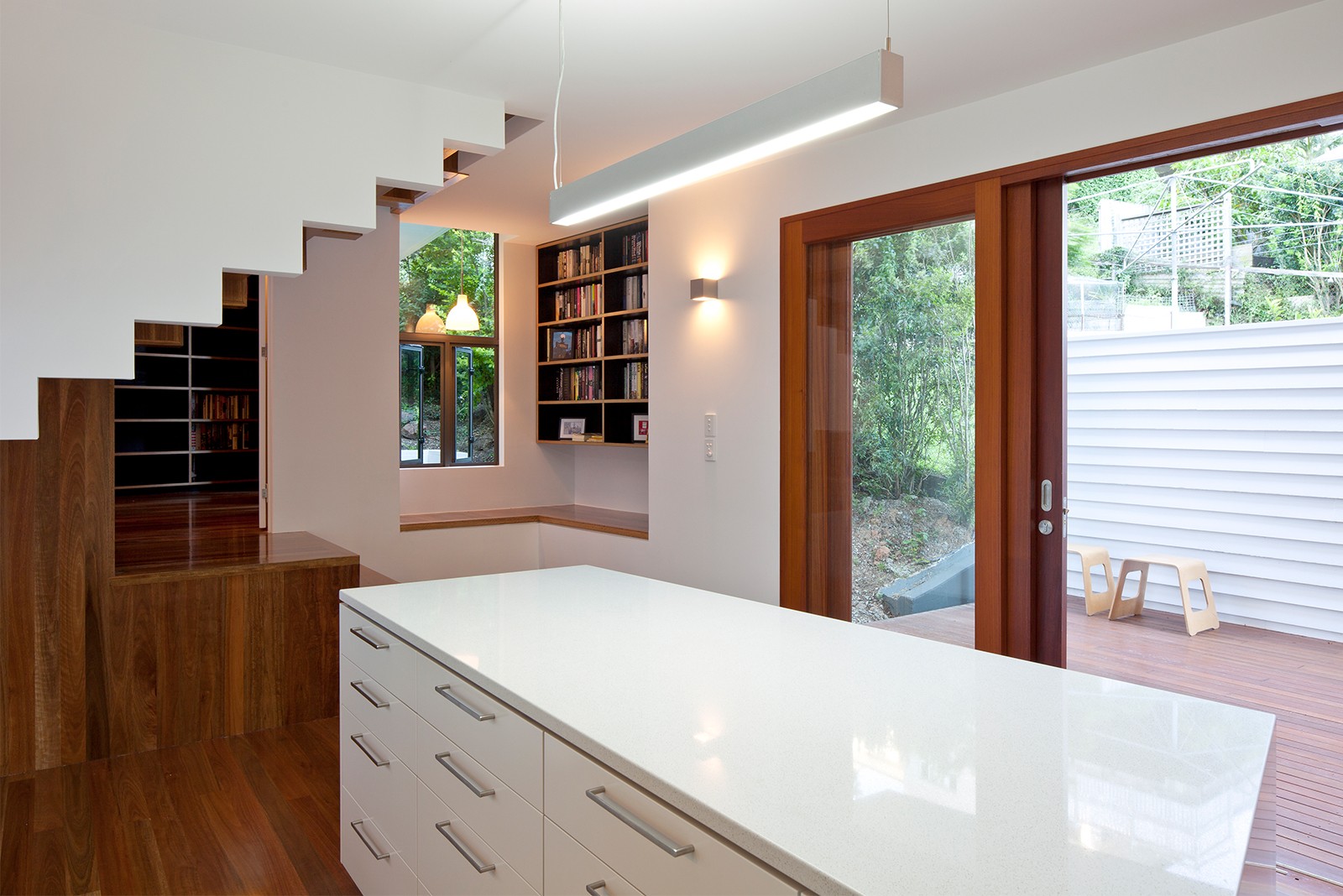 Ideas of prospect and retreat were explored in this addition to an existing pre-war home in Brisbane’s inner city suburb of Highgate Hill. In response to the sensibilities of the client the extension is primarily a place for quiet repose and study. Situated at the rear of a steeply sloping site, the journey from the existing front door through the original house to the new private spaces deliberately reflects and utilises the site conditions.

The kitchen is used as connector and mediator between the old and new fabric. Nestled behind the staircase at a half level above the kitchen is the library. This pivotal space engages with the landscape through measured and controlled openings. Moving higher and deeper into the plan the spaces become more intimate, culminating in the retreat of the master bedroom. Platforms and nooks in which to pause occur at residual edges.

All these spaces are modest in size, in keeping with the scale of the existing home and the extension does not seek to mimic the existing building. With primarily built-in furniture and spaces specifically tailored to their functions, this home extension is deliberately composed. 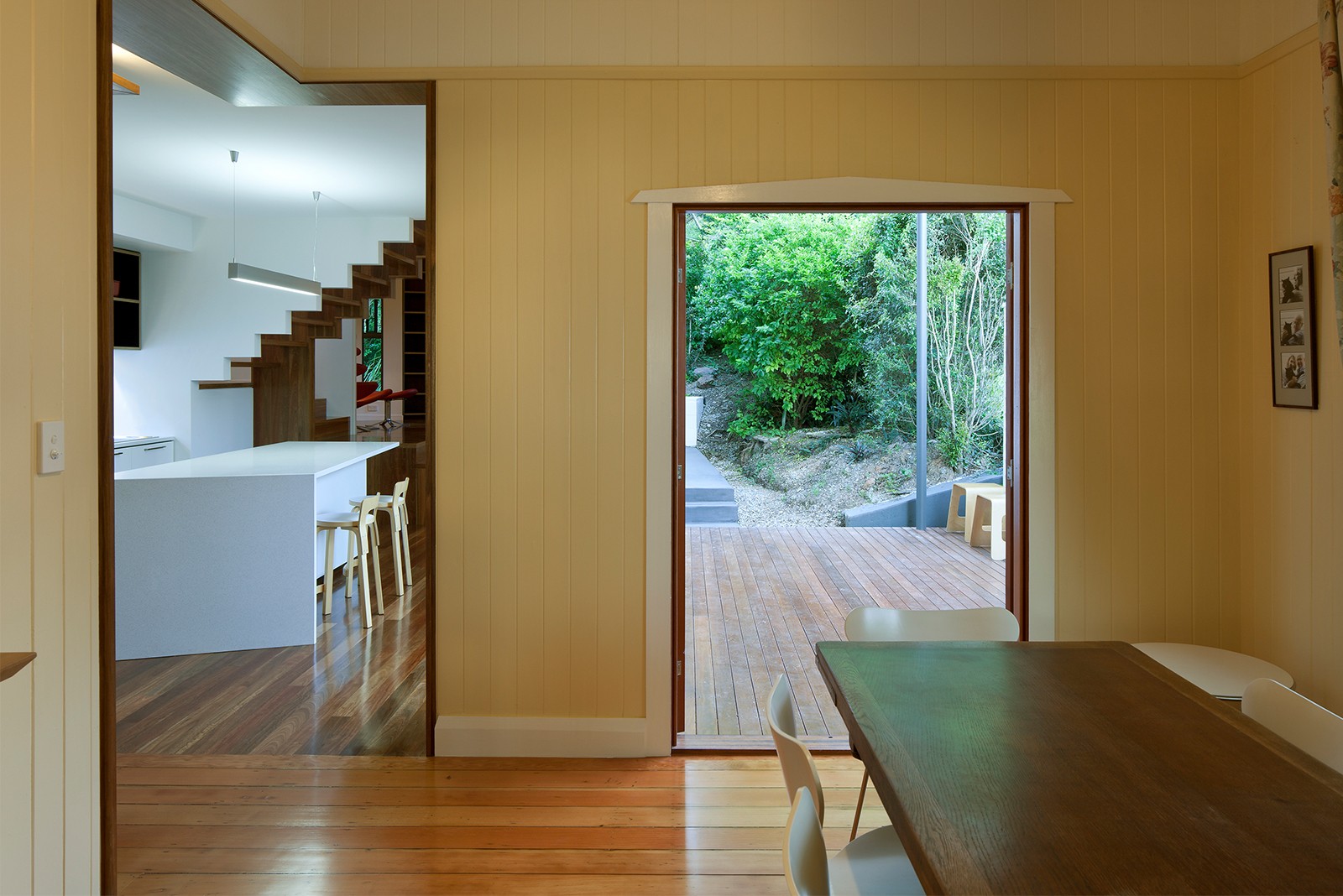 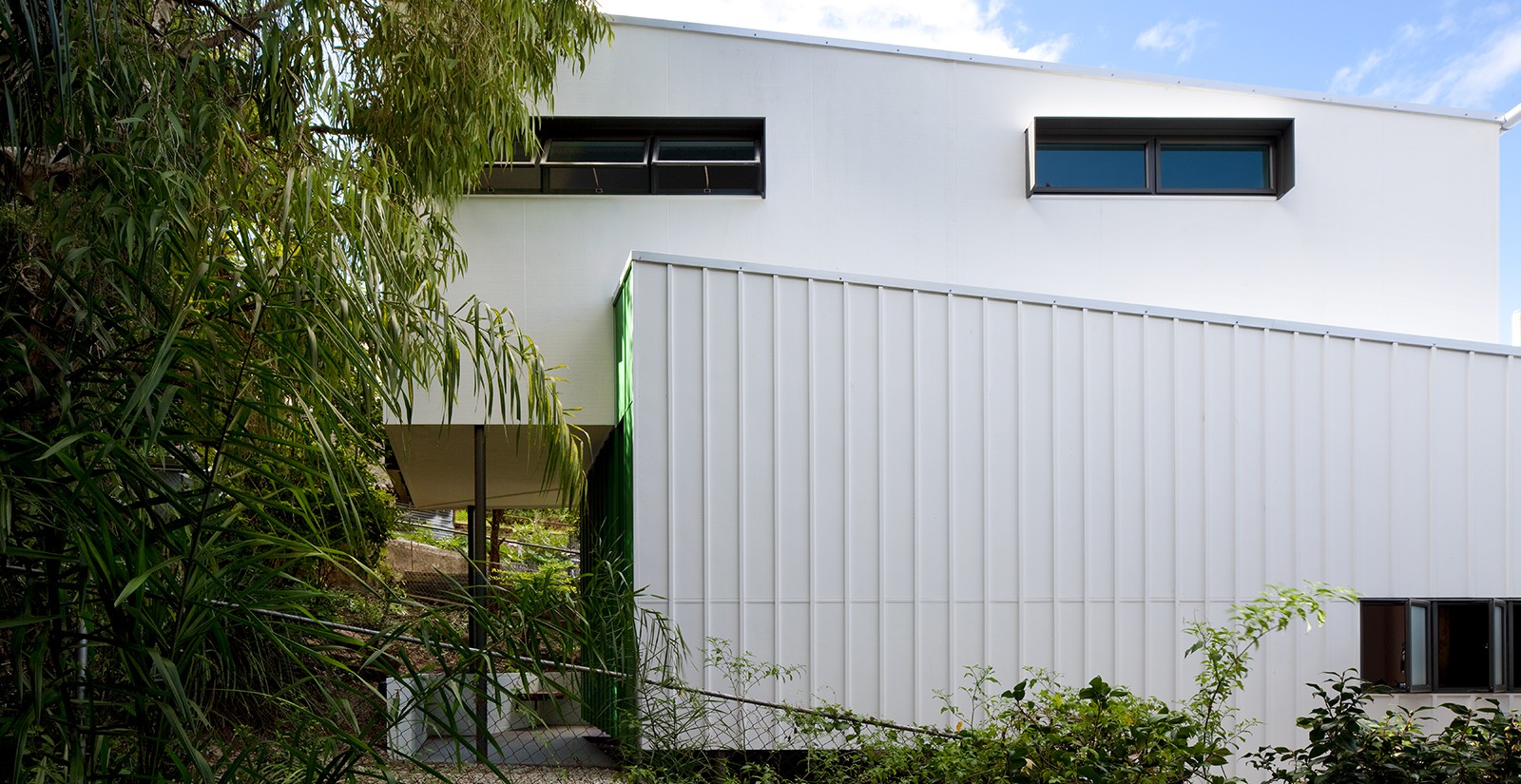 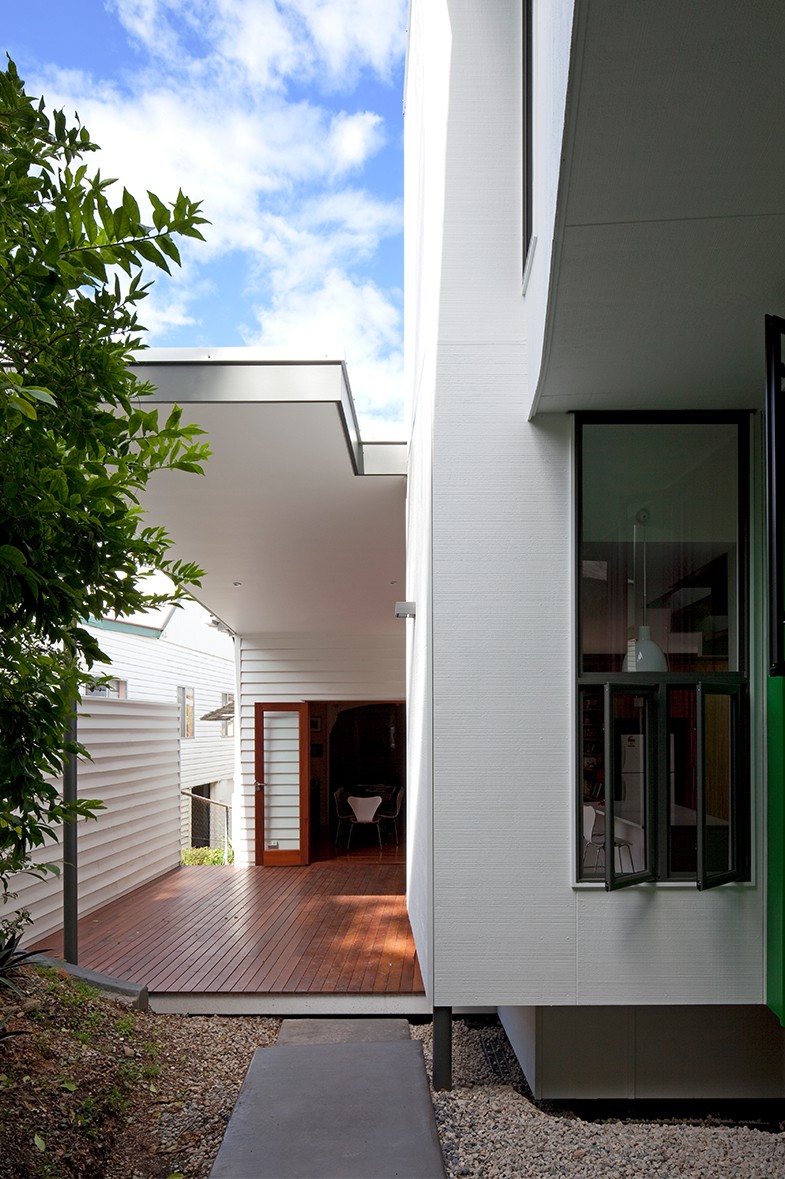 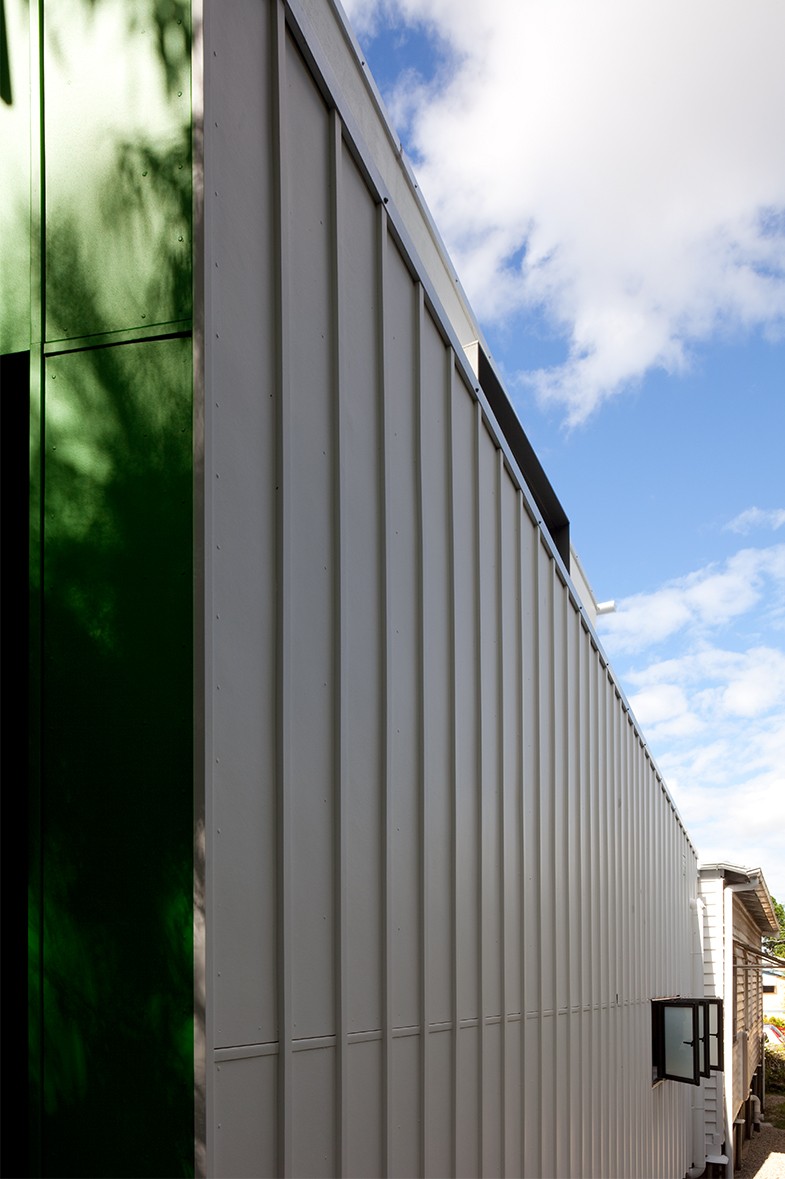 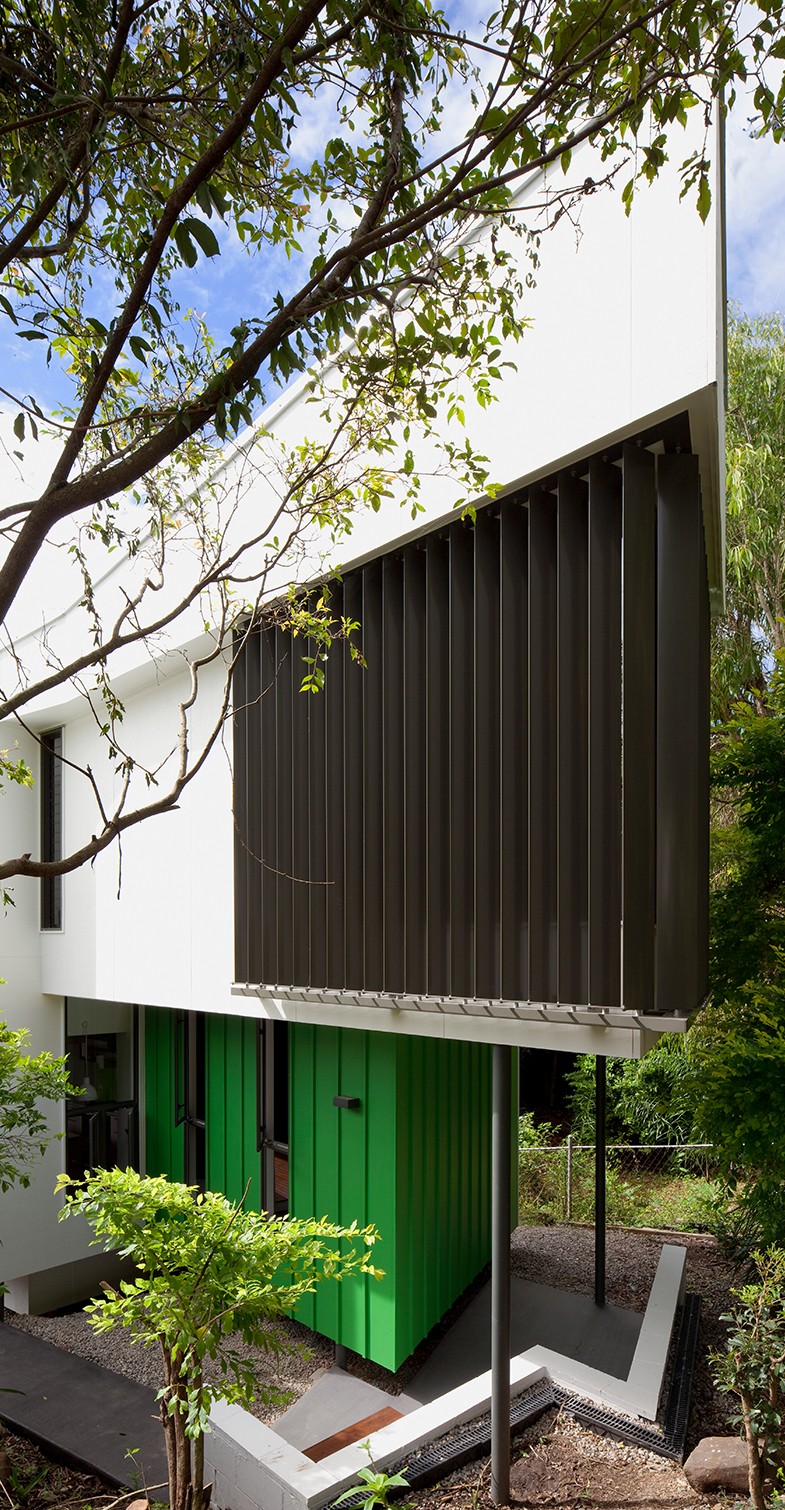 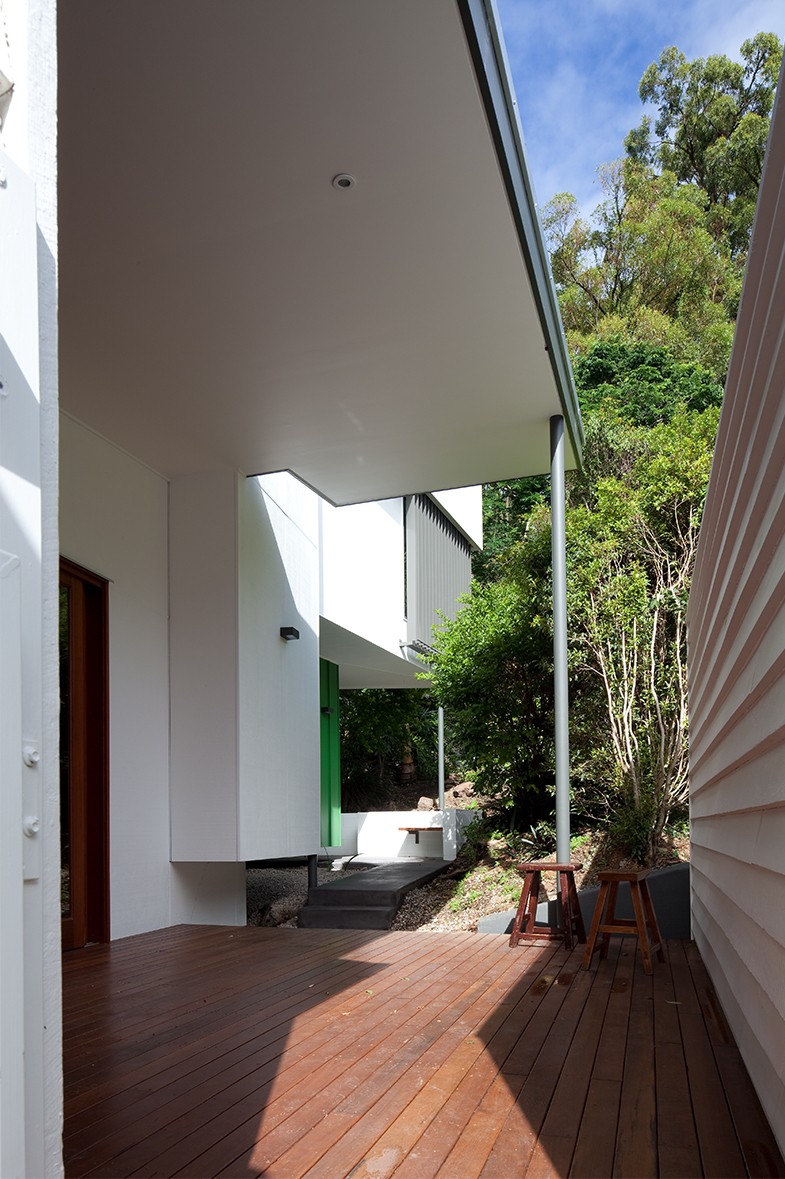 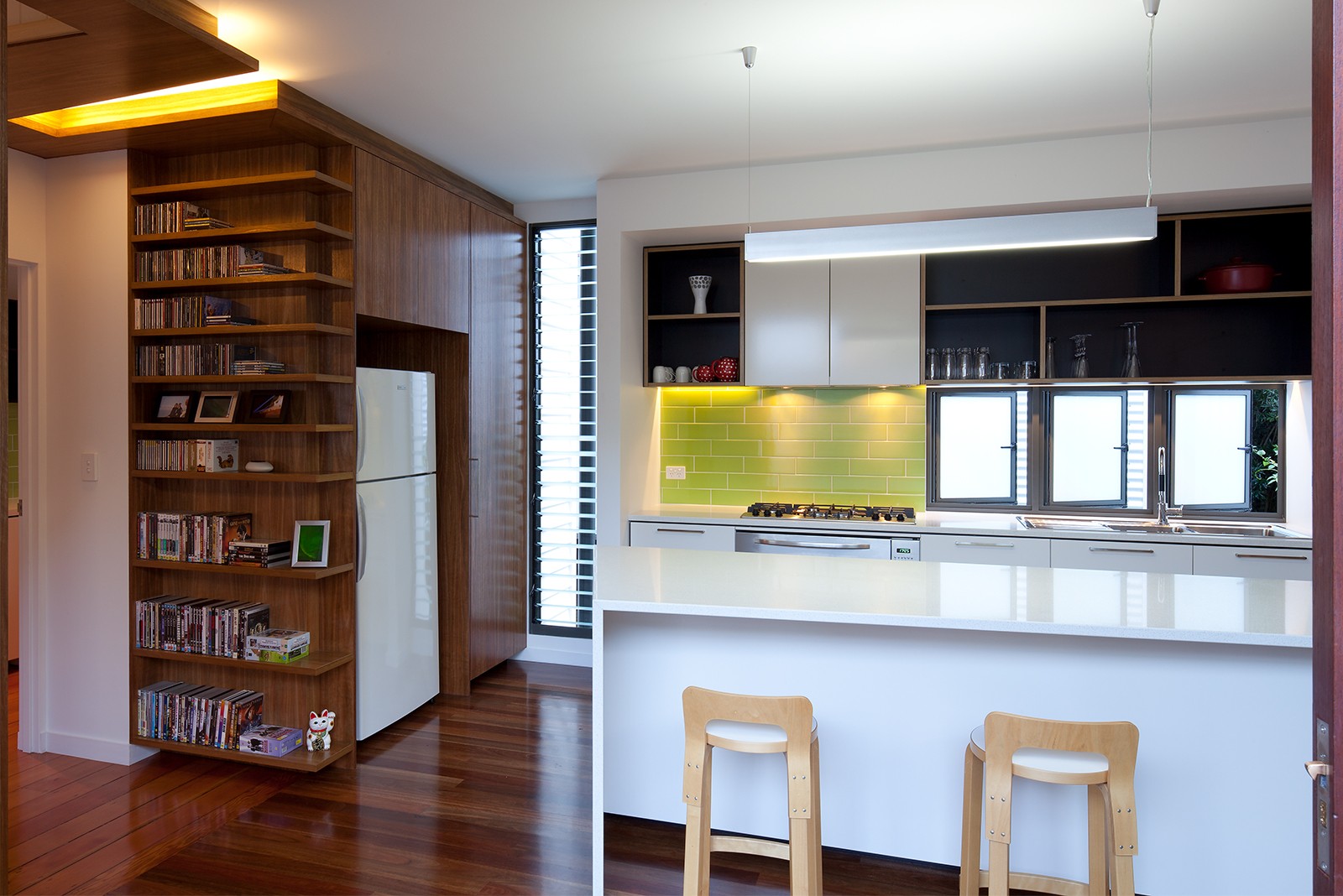 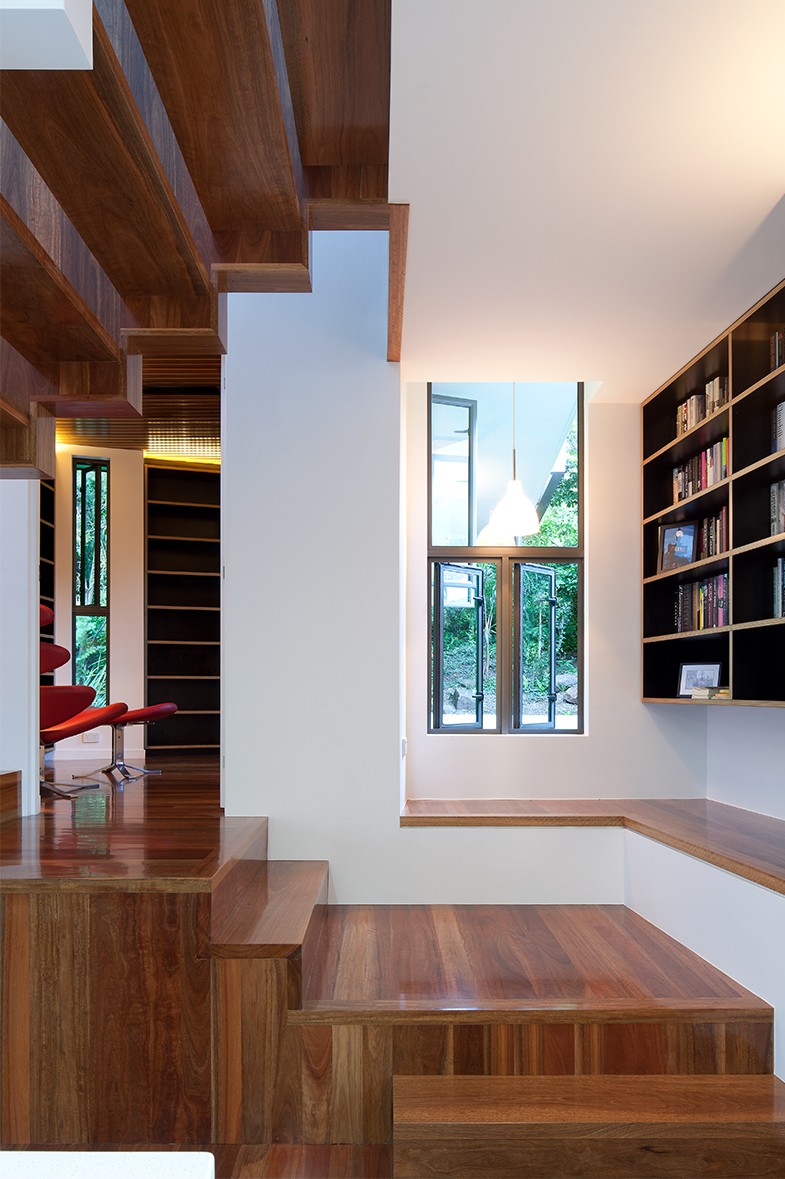 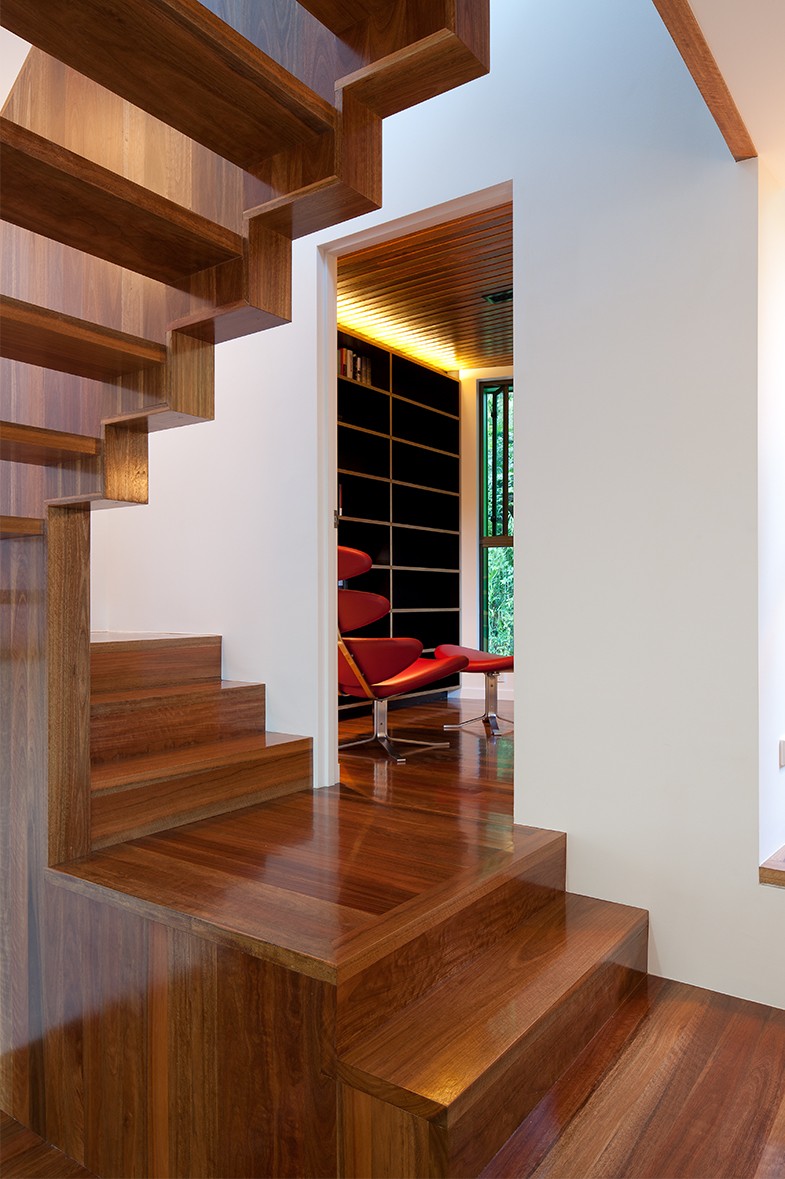 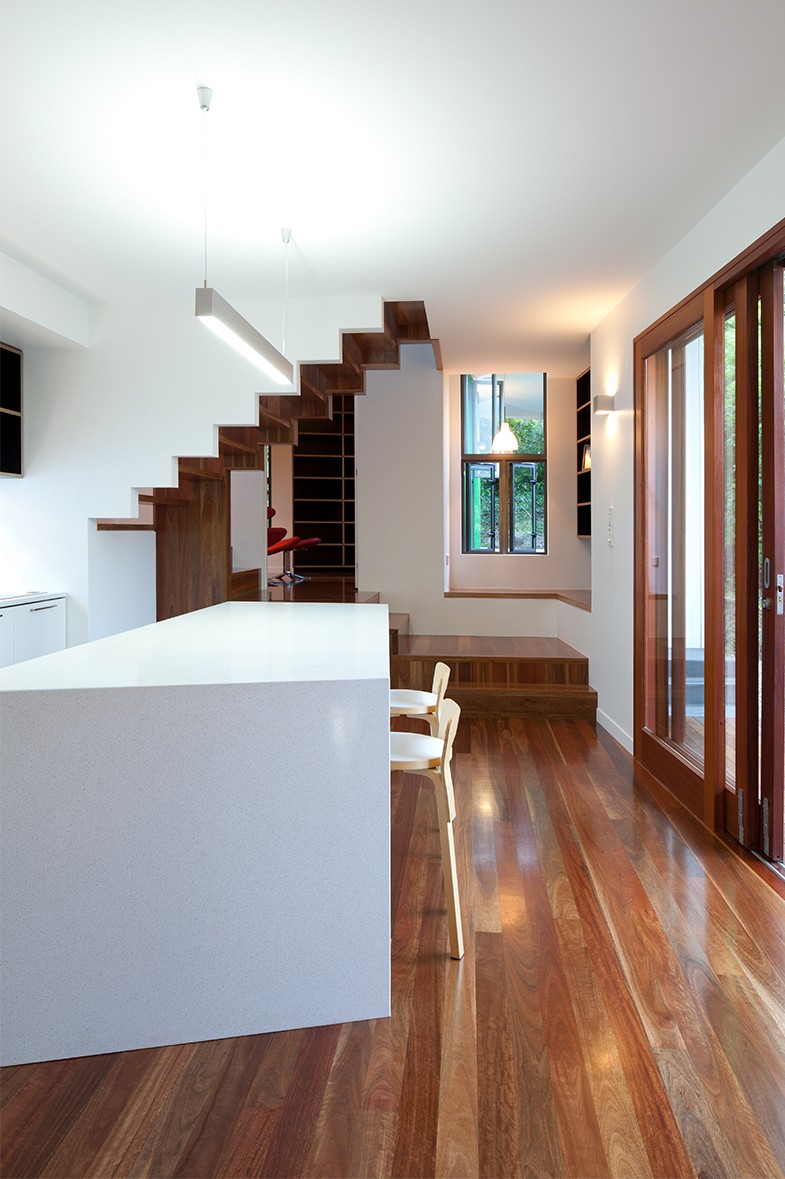 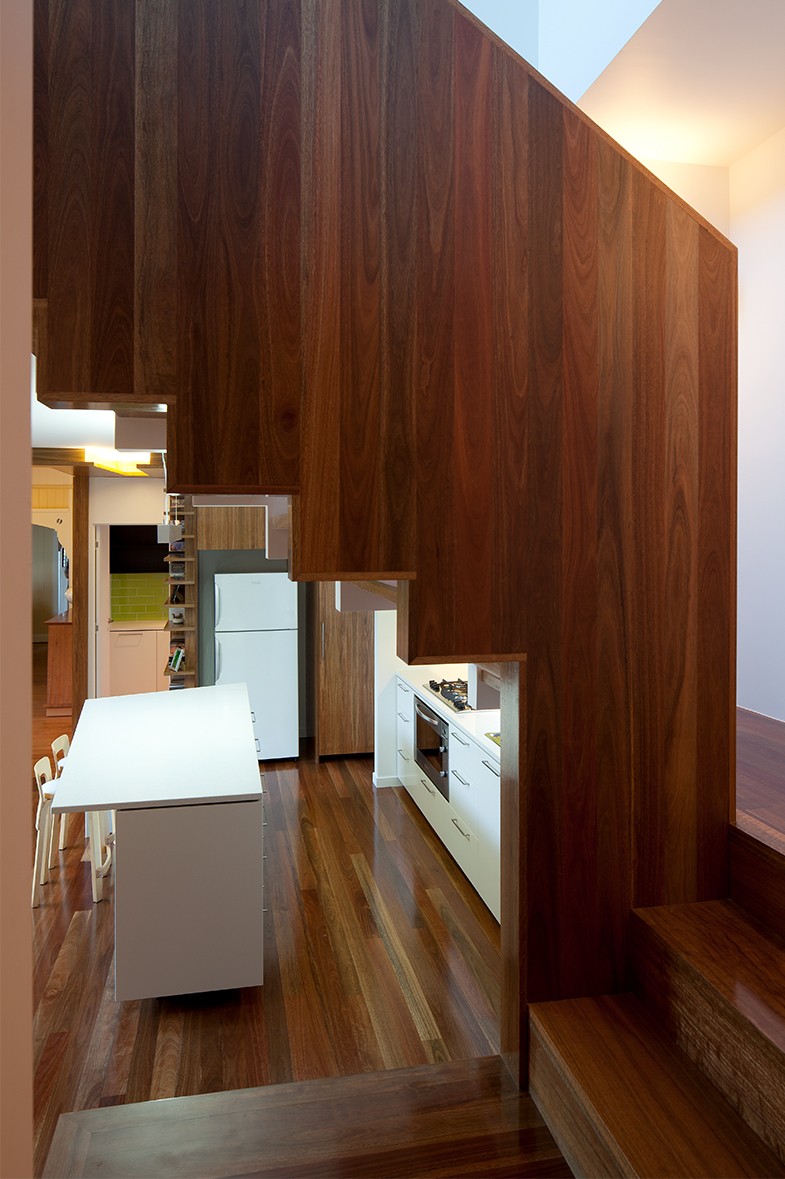 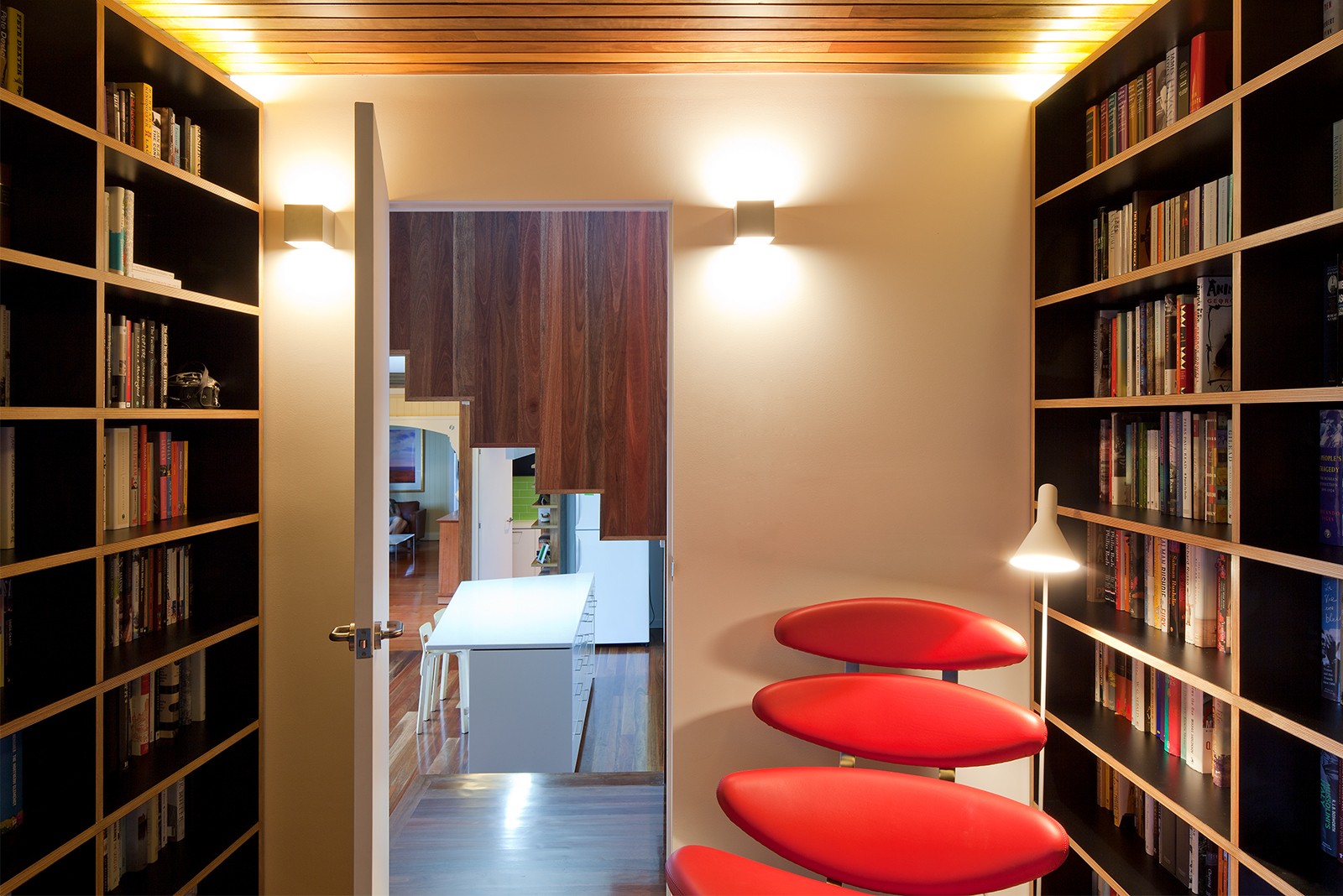 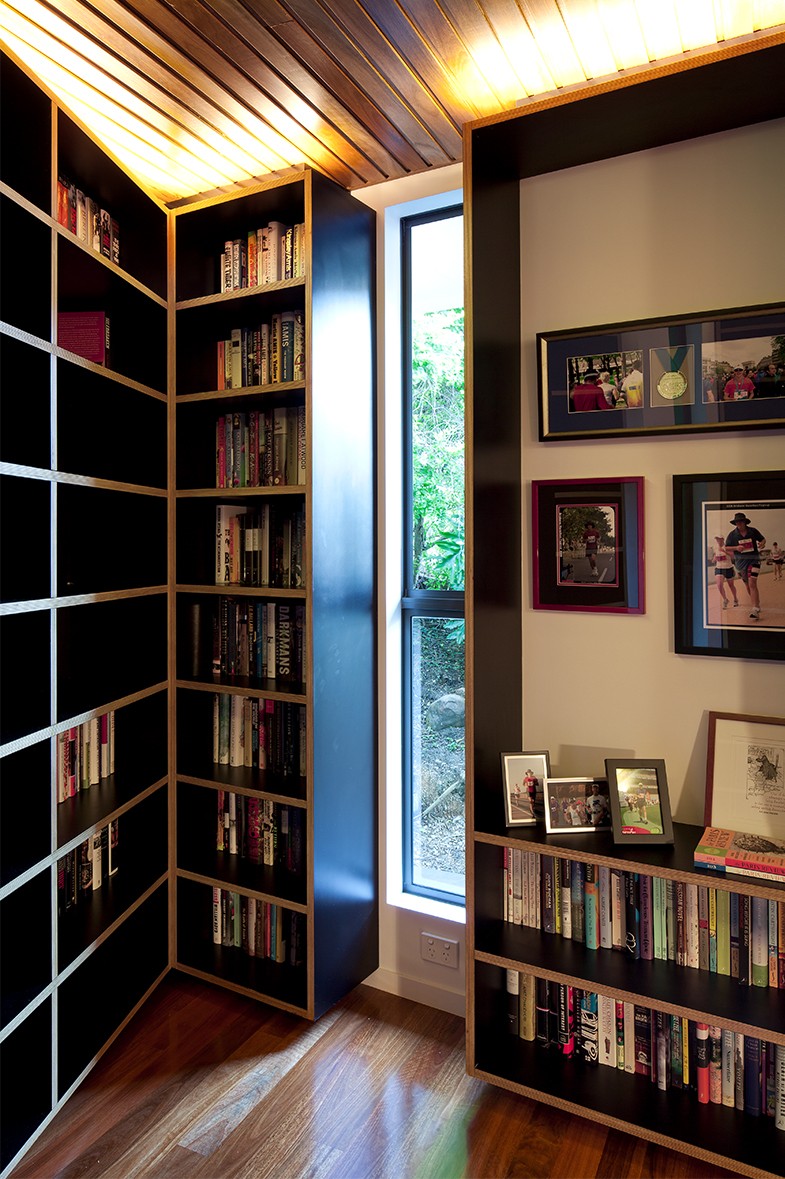 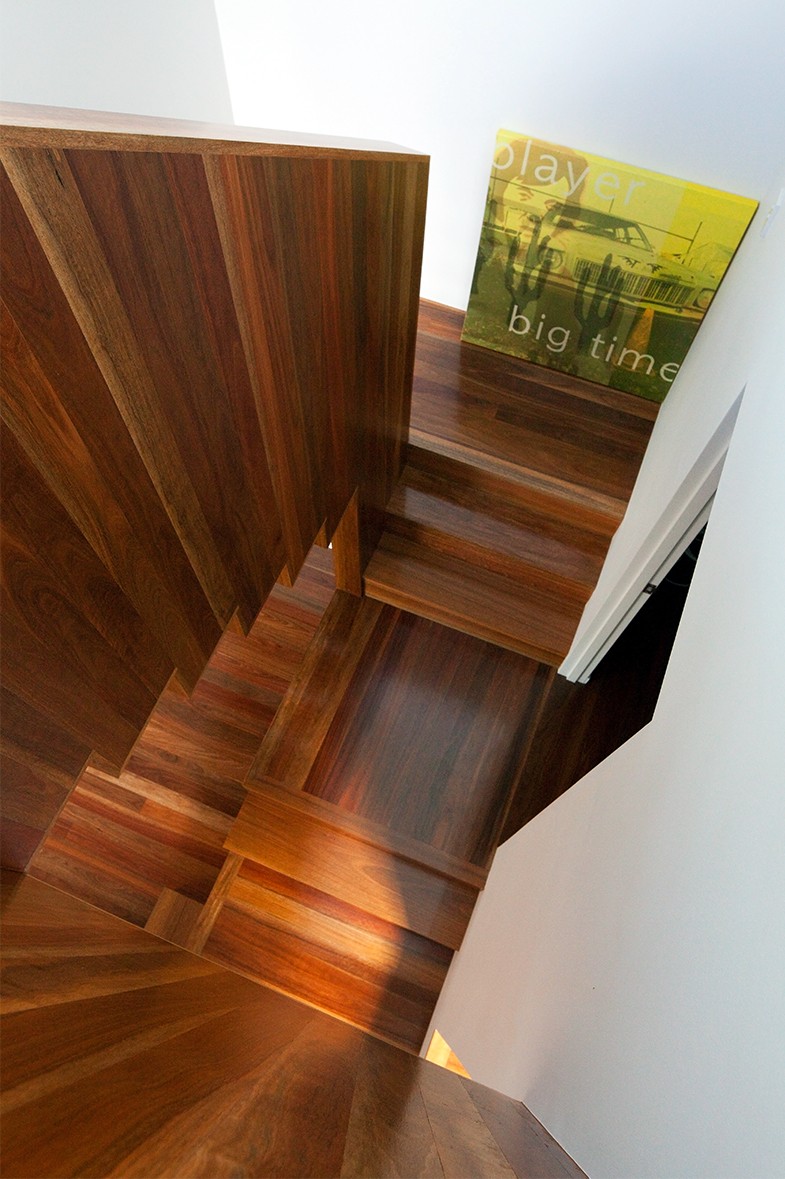